The 2021 Women’s Six Nations got going with a bang at the weekend, with England and France both registering victories to get their Championship campaigns off to the perfect start.

There were a whopping 17 tries scored between the two matches, with Les Bleues scoring eight in their 53-0 win over Wales in Vannes, and reigning champions England doing likewise in their 52-10 defeat of Scotland in Doncaster.

And the time has now come for you to have your say on which of the tries from the opening weekend was your favourite, with all four of the Round 1 contenders below for you to choose from.

We all know the quality that Jess Breach can produce on her day, and Saturday was no exception, as England’s pocket rocket on the wing scored a magnificent try to put England 33-3 to the good at half-time.

The winger coolly collected Helena Rowland’s cross-field kick – despite the blustery conditions in Doncaster – before bearing down on the try line and evading anything that came in her way.

Not one, not two, but three would-be tacklers were left in her wake as the fleet-footed star set her sights on the whitewash, as the 2019 Championship top try scorer got another eye-catching try to add to her collection.

France finished with a flourish in their victory over Wales, and saved one of their best tries until the closing stages as Emilie Boulard raced over to get herself on the scoresheet.

The fullback started and finished the move after picking the ball up on the left-hand side at halfway, before evading a tackler and sending the ball to Maëlle Filopon who charged forward before releasing Camille Imart. 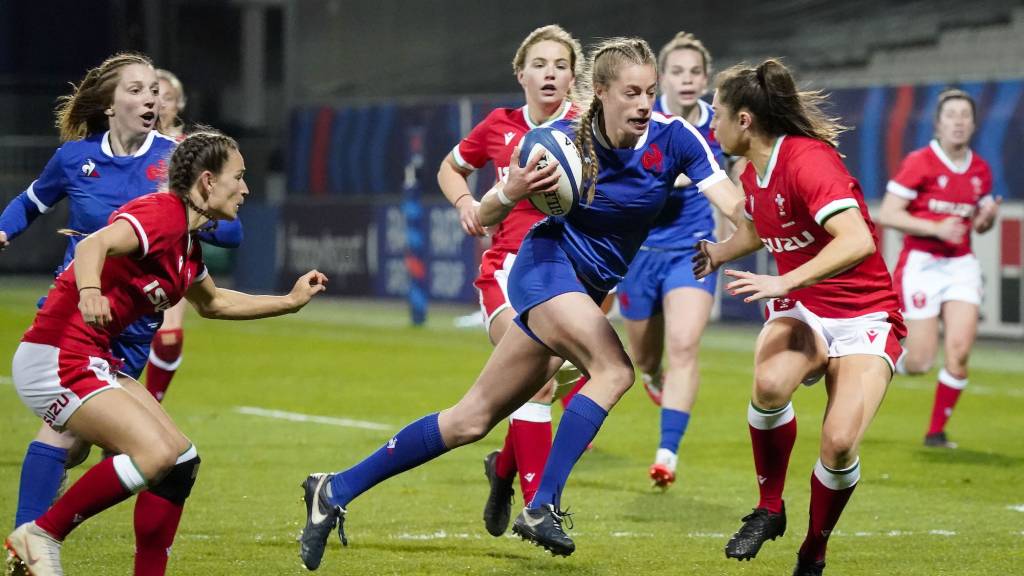 It looked as those Imart might wrap the move up herself, but she had the presence of mind to find the waiting Boulard who rounded off the move to score France’s seventh try of the match.

They often say that twins have a telepathic bond, and that adage became reality at Castle Park last weekend, with Poppy and Bryony Cleall combining to bamboozle the Scottish defence with this score.

Nelson eager for Scotland to build on second-half positives

After receiving the ball from Emily Scarratt close to the Scottish try line, Poppy’s expert reverse pass caught everybody unawares, apart from sister Bryony, who latched onto the ball and bundled over to secure the bonus-point for her side before half-time.

It marked the perfect return to the England setup for the prop, who was making her first start in international colours since 2019. 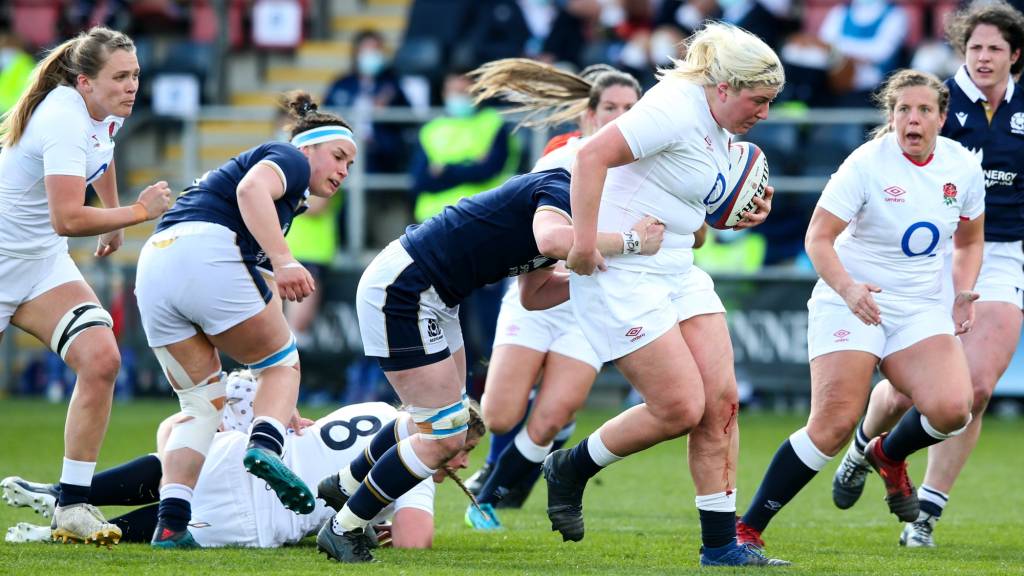 France were dominant in the scrum throughout the 80 minutes in Vannes, and Emeline Gros took full advantage of that fact just after the break to get her side’s fourth try of the game.

The No.8 had been finding holes in the Welsh defence all through the match, but this time she managed to evade the defence after picking the ball up from the set-piece on the 22.

And once she was away there was no stopping her, as she stampeded her way to the line with the red shirts only able to watch as she touched down for her first try of the game.

Share this article:
Previous Story Highlights: France 53-0 Wales
Next Story Cleall revels in fast England start but warns there is work to do