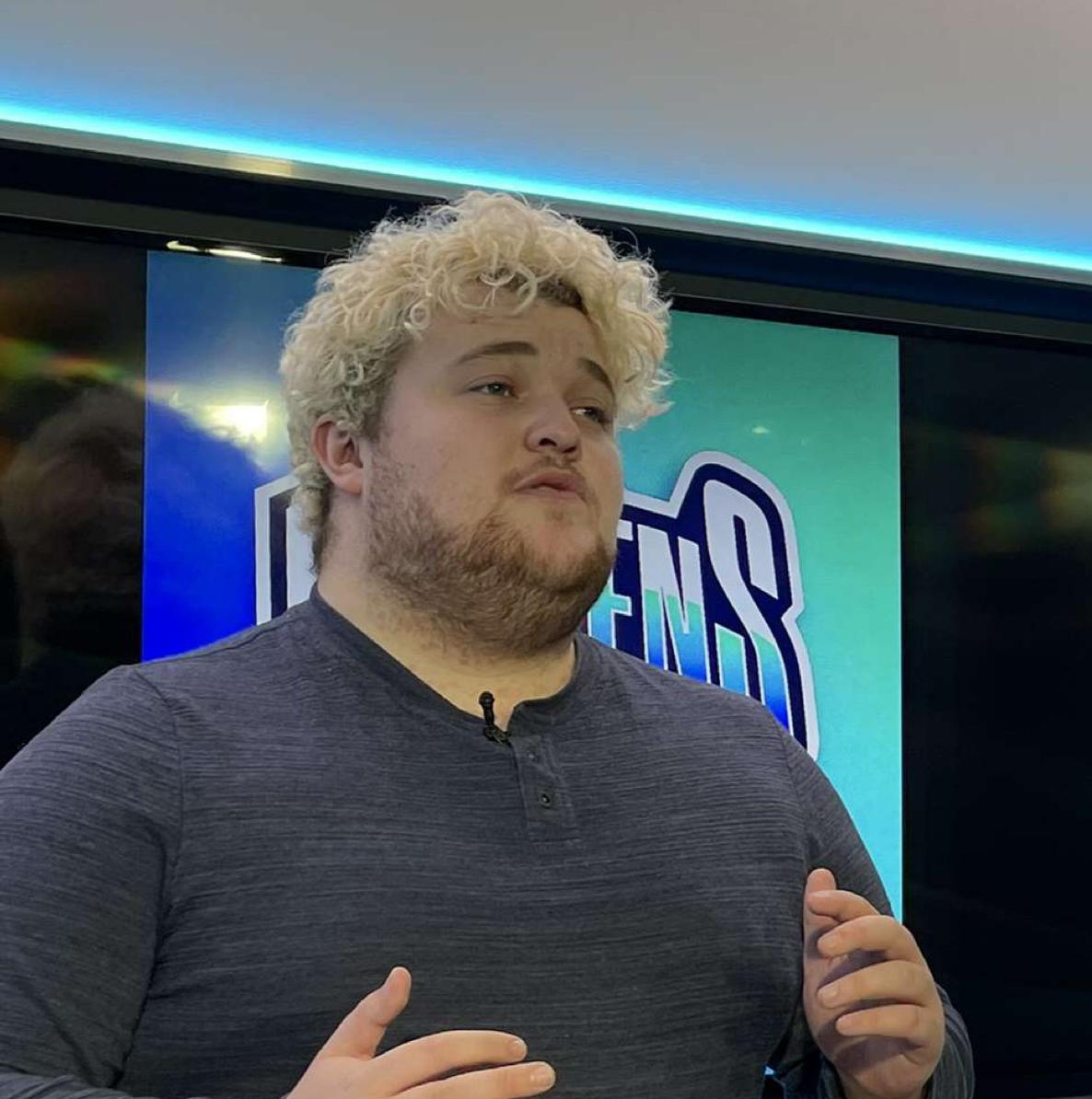 After three weeks of brilliant rugby, it all comes down to this: England v France for the Women’s Six Nations title.

England are bidding for their third straight crown, while France are seeking their first title since 2018 after both sides came through their respective pools with 100 per cent records.

Here, we have looked at the key match-ups that will shape the final.

There’s a difference in styles between the two full-backs taking to the pitch at Twickenham Stoop on Saturday.

We have the combination of the experience and nous of England’s Sarah McKenna compared to the pace and outstanding feet of France’s Emile Boulard, the sevens star.

McKenna has been strong on her return to form, first for Saracens in the Premier 15s then in England’s opening round fixture against Scotland.

The 32-year-old has amassed 34 caps across her England career, but she still has plenty to give to the Red Roses side in both attack and defence. 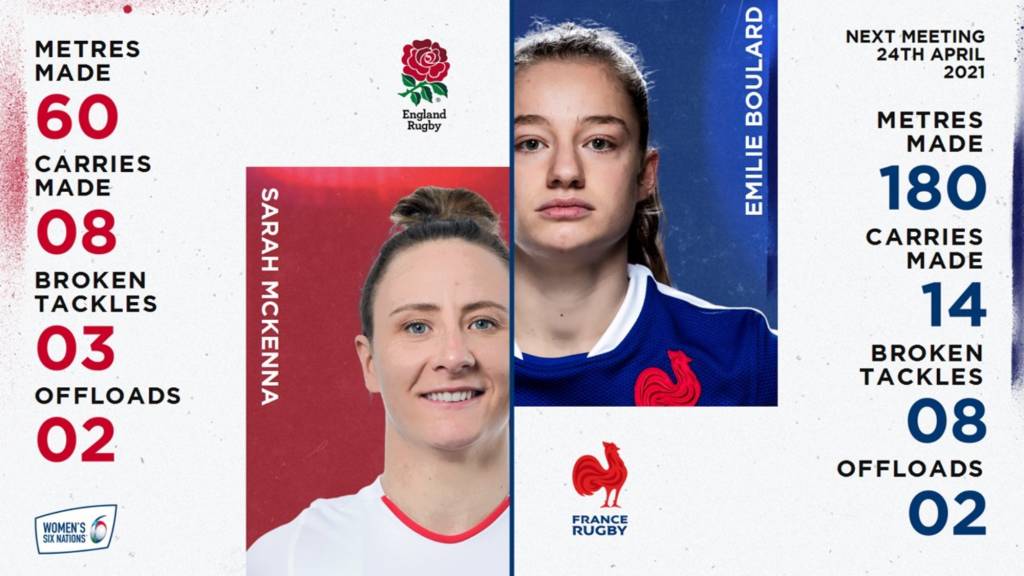 But she has strong competition against the inexperience of Emilie Boulard, who only has two French caps but she has lit the game up within those games.

A real match-up to watch!

The key battle in any rugby game is between the half-backs, in particular at scrum-half, with each of Leanne Riley and Laure Sansus being key to how their sides manage their distribution and tempo of the game.

Riley’s distribution game is one of the best in the world and she is so used to playing off quick ball both with Harlequins and with England which allows her to play with such freedom and expression.

This freedom allows Riley to not only snipe round the base of a ruck, but attack from all over the park. 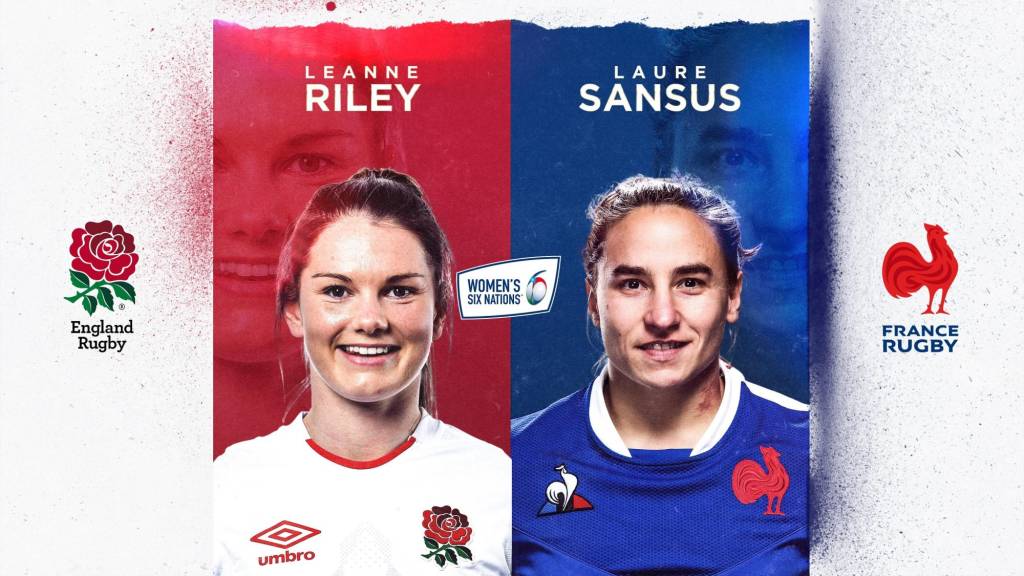 Opposite Riley is Laure Sansus, who has the capabilities to bring the game to life in the blink of an eye.

The Toulouse scrum-half who’s been preferred to Pauline Bourdon for the second week in a row has the distribution ability to match that of Riley’s – having three try-assists to her name in just 66 minutes of action.

Whichever nine has the best time out on the Stoop on Saturday, their team will be well on the way to victory.

Simon Middleton believes there aren’t many better players in women’s rugby than Poppy Cleall, but her opposite number on Saturday, Romane Ménager, has the potential to run her close.

Cleall has everything going for her – the pace, the power, the handling, the offloading – she sets up tries and scores tries, carries hard and tackles hard and this is shown in the statistics, top of the offload charts, second in carries and try assists and high up in metres made.

But as strong as Cleall is in these areas, Ménager is just as strong – as shown by her Try of the Round last weekend against Ireland.

A French sevens star, Ménager started on the bench last weekend but comes into the side as the only change this weekend after marking her performance last week with a sensational score.

The 24-year old has staggering pace but also has the power to match Poppy Cleall, so their battle on Saturday is set to be mesmerising.

If Poppy Cleall is one of England’s superstars, then Zoe Aldcroft is the Red Roses’ unsung hero.

The Gloucester-Hartpury second-rower/back-rower is a key cog to her sides successes in the maul, at the breakdown and all-round forward play.

Aldcroft not only tackles like a machine but she also uses her power to carry hard and is also a serious weapon in the Red Roses line-out arsenal. 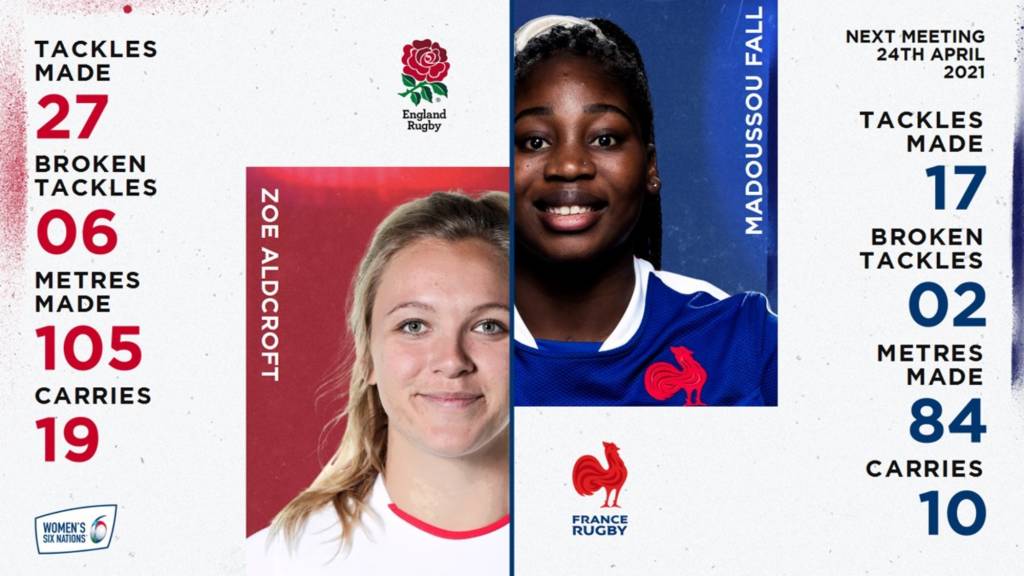 However, as good Aldcroft is, she will be countered by the powerful Madoussou Fall in the French pack.

Fall, who’s just 23 and only has eight caps for her country has looked like a real dominant force so far this Championship.

If Fall can match Aldcroft’s work rate and even come some way to neutralising her technical ability then the battle of the two engine rooms may tip in the favour of the French.

There isn’t much we can say about Emily Scarratt that hasn’t already been said, she is a legend, a superstar – whichever superlative you wish to pick.

But she isn’t just individually world-class, she is a key part of a successful Red Roses side and she helps lead the side and dictates the attacking threat that England have in abundance.

We all know how strong Scarratt is with ball-in-hand but if you watch closely she is a major part of almost every England attacking play, she steps in as a receiver, she is used as an axis to spread attacks wide and she also can be used as a ‘one-up’ runner. 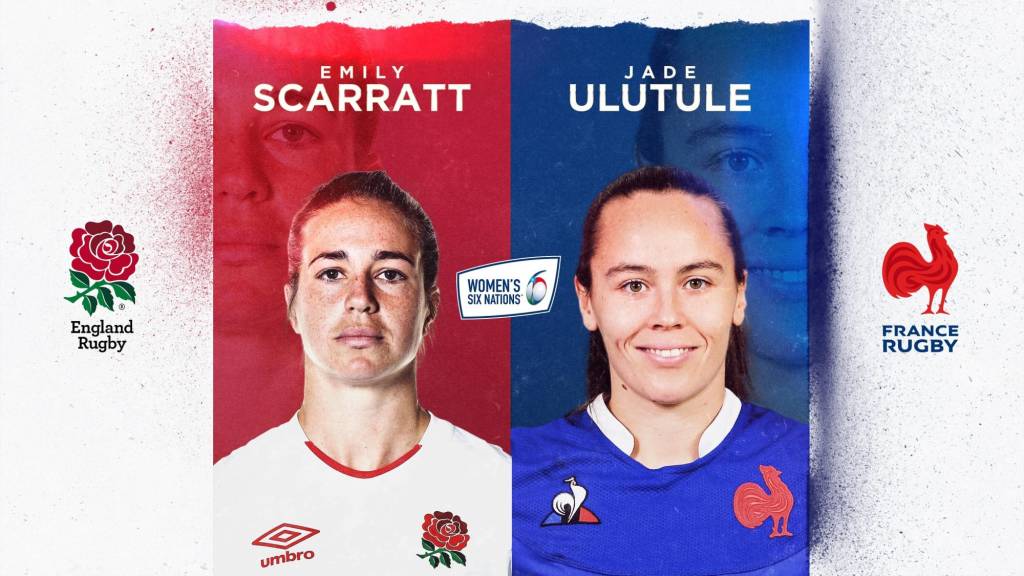 Opposite Scarratt is France sevens star Jade Ulutule. Ulutule has played in many different roles for France in both sevens and 15-a-side but she will have to be at the top of her game to match Scarratt.

Her midfield partner Carla Neisen is also a major factor. She returned from the French sevens camp for last weekend’s game against Ireland and made an immediate impression with a strong performance.

Those sevens skills could give England plenty to think about but if they can neutralise Scarratt, the French centre duo will have made a significant impact on the game.

A winger can take all the glory in a rugby team for their try-scoring and for both Jess Breach and Caroline Boujard this is thoroughly deserved.

France’s Boujard has lit up this year’s Women’s Six Nations, with five tries from the two games, looking exceptional in her finishing abilities and will be looking to carry this form into this weekend’s final. 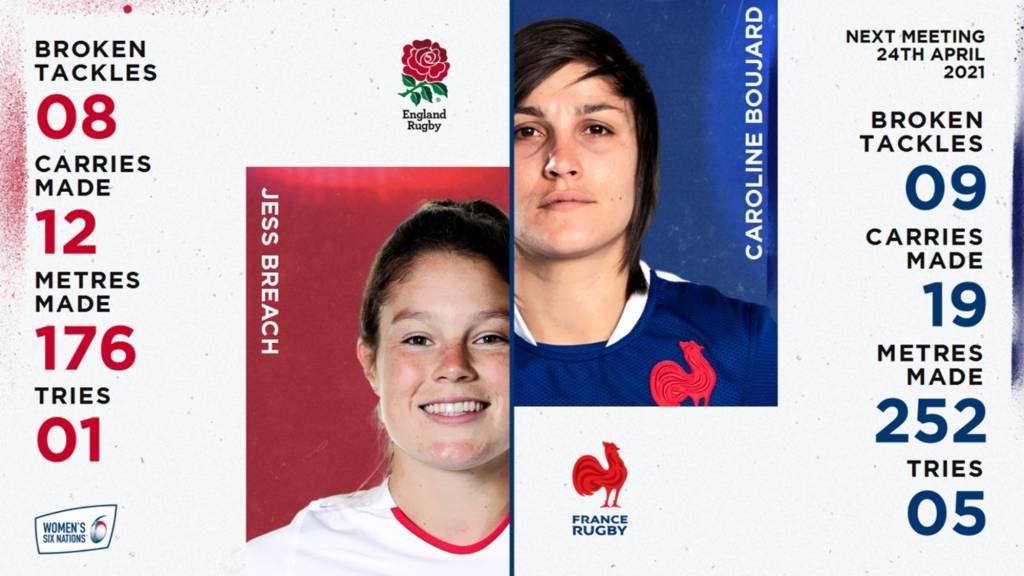 Opposite her is the Red Roses flyer Jess Breach, who despite only scoring one try this tournament, a great finish against Scotland, the Harlequins winger has been electric with her carrying using her staggering pace and footwork to cause chaos to opposition defences.

With both sides wingers set to get plenty of ball, there will be plenty of questions asked of each sides defence and defensive structures.

Share this article:
Previous Story All you need to know ahead of Women’s Six Nations Finals Day
Next Story Maggie Alphonsi tells story of ‘dunking’ Owen Farrell in training