Silvia Gaudino was born into rugby and yet it took her until the age of 17 to take it up.

More than two decades later, the former Italy skipper’s love affair with the sport remains as strong as ever.

As Gaudino admits, when she was young, women’s rugby did not have a huge profile in Italy.

So although she had been aware of the sport virtually from birth, the idea of playing had never really occurred to her.

She explains: “My dad played when he was little so from when I was born he always took me along to the rugby pitch to watch games. When I was little women’s rugby, and even men’s rugby, wasn’t shown very much in Italy.

“So I started rugby quite late, around 17 years old. I wanted to try it out with a friend and I went to the pitch where my dad coached. We started running, throwing a few passes and said to each other, why don’t we give it a go? There’s a club not far from here so let’s go and try it. So I started playing in 1998 and the rest is history as they say.

“Women’s rugby has grown enormously in Italy. When I started the girls would play with the boys until they were 12 years old and there was a gap until they reached the seniors. Now it’s changed so the girls and boys play together until the age of 12, then you have Under-14s, Under-16s and Under-18s for the girls and then the seniors. So it’s evolved a lot, also in terms of the number of participants and the game as well. Now it’s a lot quicker and a lot better to watch as well compared to when I started.”

Gaudino won 72 caps for Italy and was one of two players to play in both the 2002 and 2017 World Cups for the Azzurre, the other being Veronica Schiavon. 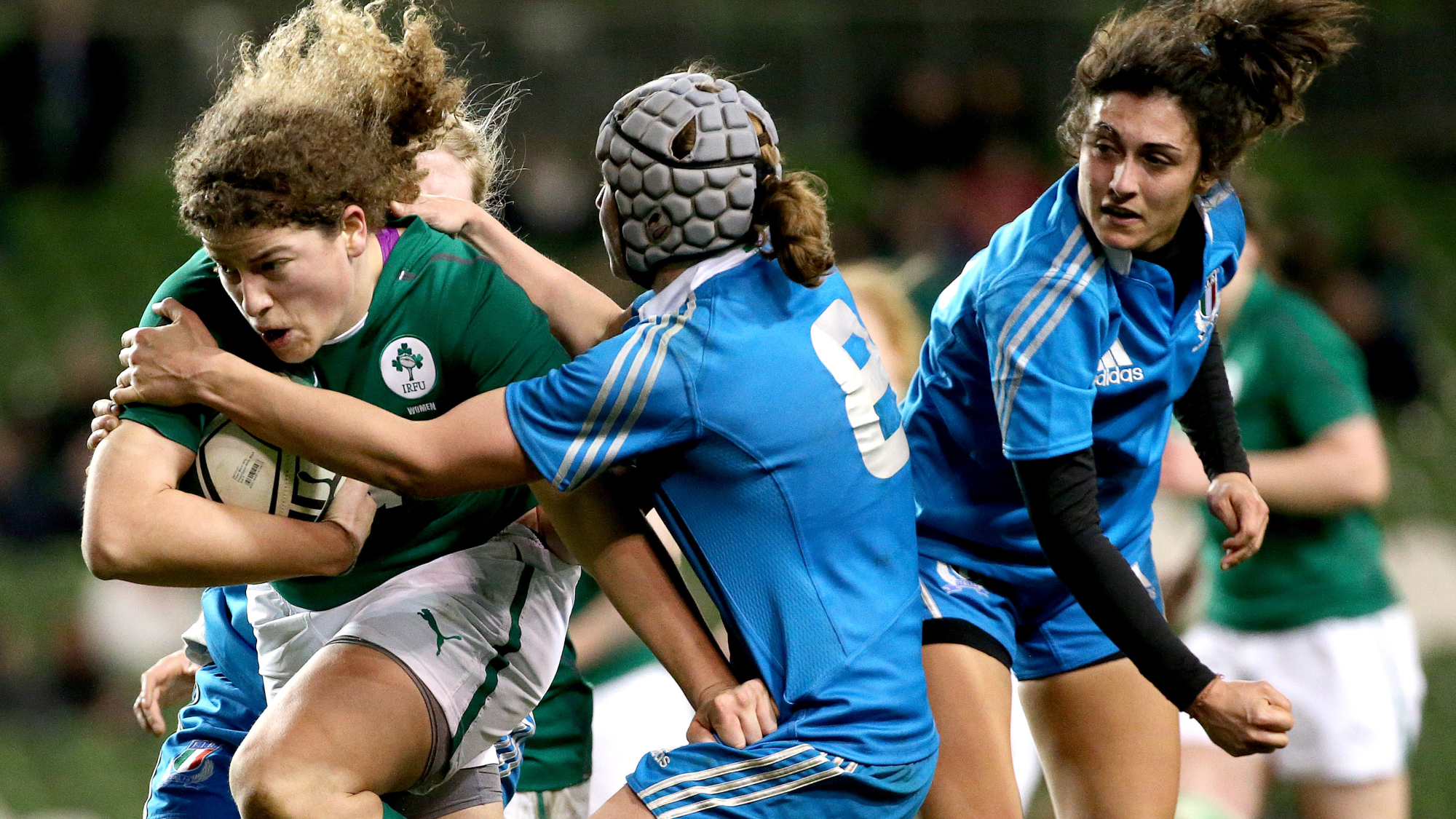 She plied her trade in the back row and took over the captaincy of the national team in 2013. That came more than a decade after her debut in 2001 which came following a move to Padua that changed the trajectory of her career.

“When I went to play in Padova there was a little bit more visibility and I was called up to a couple of training camps. That must have been around 2001. From there I played a few games and my career moved forwards.

“It was hard at the start, I didn’t really understand the realities that we would face. The teams we took on were at a level above. I didn’t train as much at that time, I didn’t spend much time in the gym. So I realised that if I wanted to achieve my goals I would have to train every day and do extra beyond rugby. It was a little traumatic at the start but it’s probably better that way to understand how things were.” 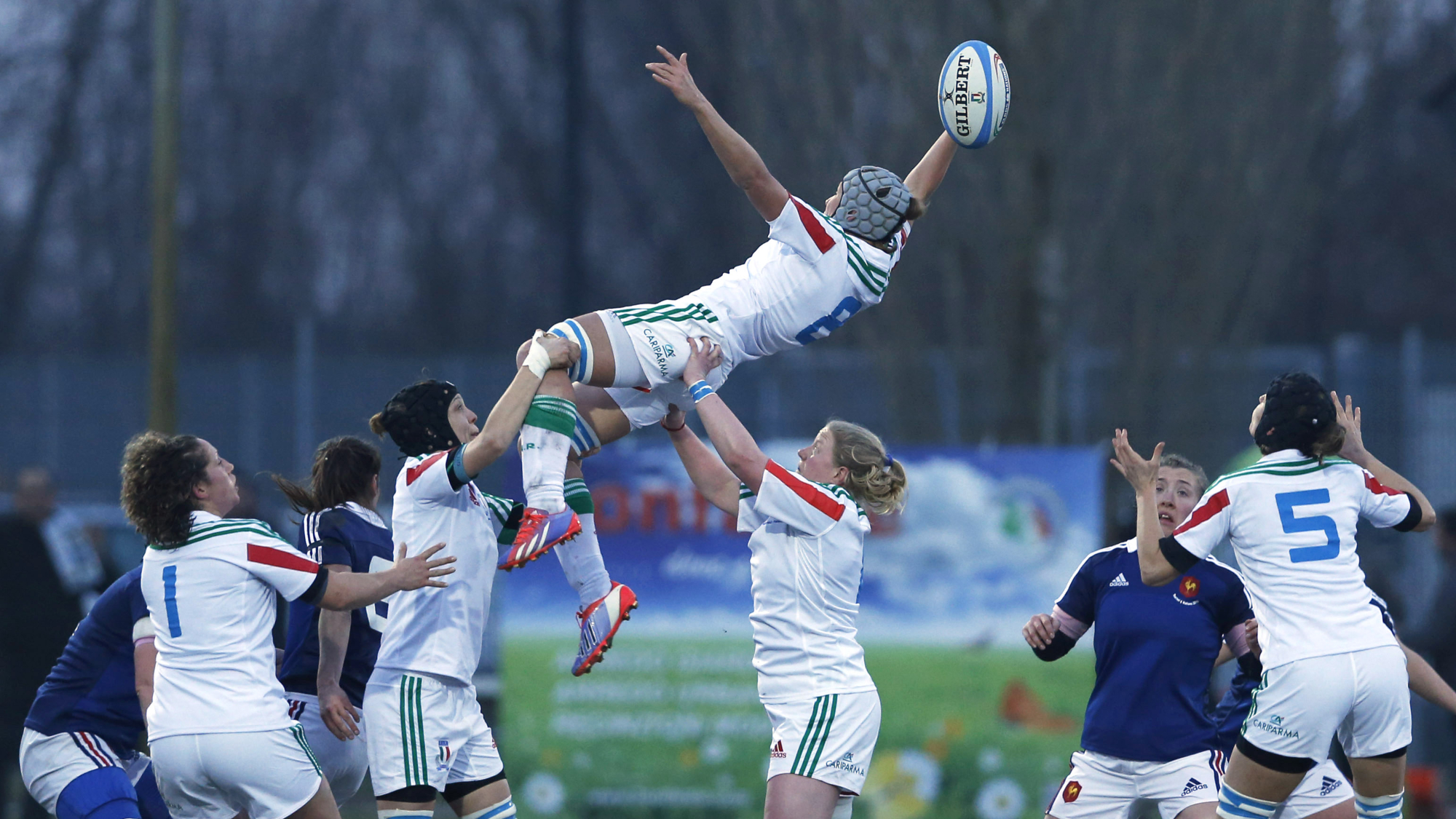 Rugby in Italy has come a long way since the early 2000s. In 2007, Italy joined the Women’s Six Nations.

For Gaudino, that was a turning point.

She explains: “Joining the Women’s Six Nations was a big moment. Before Italy would play the European Championships, the equivalent of a B division. We saw the Six Nations as a competition to join, to aspire to, and in the years leading up to that, we used to win or finish in the top spots of that tournament. So we wanted something more. In 2007 when we joined the Women’s Six Nations it was brilliant. In particular because our first game was against England at Twickenham. That was amazing. It was a hard-fought game!”

That campaign is obviously a standout memory, as is the first victory over France which came in 2013 in Rovato.

Her final Championship campaign came in 2015 when Italy won three matches to finish third, which at the time was their best-ever result.

She recalls: “That first Six Nations game stays with me. Then if I have to think of other great games that stand out, our first win against France. Then there was the 2014 Six Nations which was brilliant as well. And the results got better over time so my final Six Nations came in 2015 which was the year that we finished third. That Championship obviously stands out for me, because it was my last one but also because it was rich with victories.

“We felt that we were a lot more confident in our game. There was an ambition to aim a little higher and go for bigger victories and they came, so it was really special.”

While that was Gaudino’s final involvement in the Women’s Six Nations, she was not yet done with the national side.

After a year out in 2016 to give birth to her son, she returned to play in the 2017 World Cup which was her swansong and Italy’s second appearance in the competition, 15 years after their first. 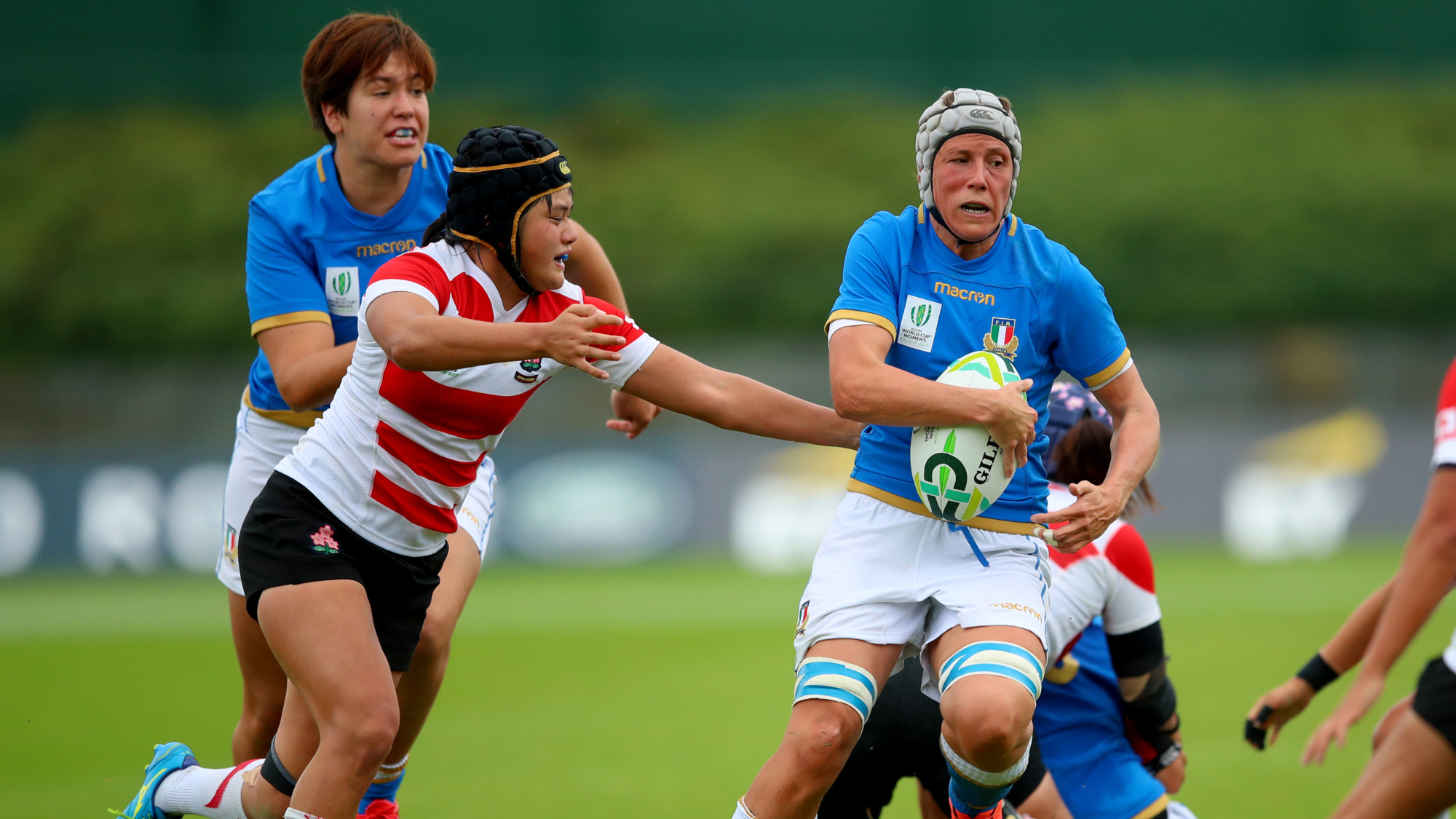 “I had a baby in 2016 and stopped that year. Then in 2017 I started again which turned out to be my final year. I had to work really hard because the event coming up was a big one, the World Cup. So I had to really put a lot of work in.

“Unfortunately, I had to have a caesarean so that meant I had to wait a bit longer before I could start training again. So that changed the timelines a little bit but in the end it went well. I had my son in September 2016 and then had one year to prepare for the World Cup.

“I had my in-laws who also live in Salerno who thankfully helped me. Then my parents also did the same when I was going to retire, they looked after my son because my husband was working and he couldn’t be at home all the time, so we managed to make it work with the support of my family.”

Having now retired from playing, Gaudino has remained involved in rugby and her passion for the sport remains undimmed.

She added: “I’m responsible for the female youth section in the region of Campania where I live. I also look after the mini rugby for a company here called Arechi Rugby, so I’m a technical director there so I’ve stayed in rugby. Once you’re in, you don’t ever leave.”

With that sort of passion, it’s little surprise that Silvia Gaudino achieved as much as she did for the Azzurre.