Shane Jennings believes Ireland still have a few areas to iron out after kicking off their 2021 Six Nations Under-20s campaign with an impressive win over Scotland.

The 2019 champions demonstrated their title credentials with an emphatic six-try 38-7 triumph at Cardiff Arms Park to extend their winning streak in the competition to nine games.

Alex Soroka notched Ireland’s first try and a penalty score put Richie Murphy’s men 14-7 ahead at the break before Jennings crossed for one of four second-half tries.

And after scoring a try that evoked memories of fellow Connacht man Noel Mannion’s effort in Cardiff during the 1989 Five Nations, Jennings admitted it was a privilege to be back on the pitch in an Ireland jersey.

“It was just good to get back out playing a level of rugby again, it’s kind of been a while since we’ve done anything like that,” said the Connacht academy product. 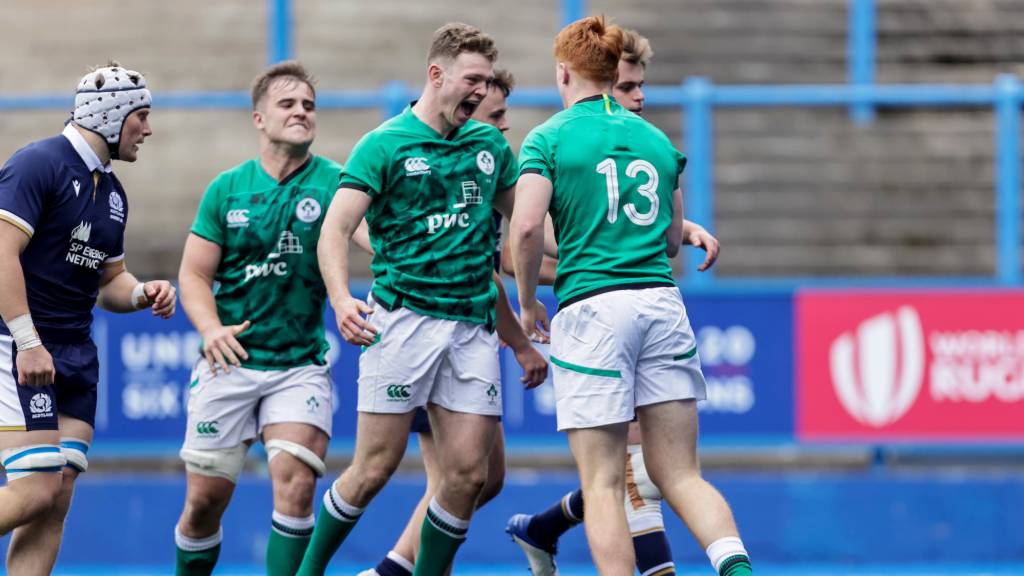 “It was very enjoyable but we know ourselves there’s a few things to iron out but it was great to get to play the game at all so that was a positive for us.

“It’s obviously a brilliant honour for me and it’s just a lovely feeling to get to wear the shirt. It’s just a great honour for our family and everyone around the town who have helped us.

“Noel [Mannion] would have been one of the people who got me into rugby when I was younger, he was a family friend so he would have had a hand in getting me into it.

“He would have had a bit to do with our senior club team the two years we were in seniors and I’ve seen it [his famous try against Wales in 1989] enough times now on YouTube.

“It’s just a great feeling to get the score, it’s always a great feeling when you get over the line and you have to give credit to the lads inside, I just finished it off. I had the easy job.”

Ireland hit the ground running with victory over Scotland

Outside centre Jennings was joined in midfield by fellow Connacht talent Cathal Forde and having spent plenty of time together, he said he always had faith in the partnership.

“I think it was helpful, we’re friendly enough from home and we live together so we know each other well enough and had a few opportunities in training the last week,” he said.

“We’ve also had a bit of time together against Leinster and Munster in our warm-up games so we felt we were going well enough as a pair together anyways.”

Jennings started his rugby career with the minis at Ballinasloe Rugby Club, moving through the ranks before going on to represent Garbally College in schools rugby.

He has spent the last two years in the Connacht academy and after representing his country in the Six Nations Under-20s, Jennings paid credit to those who have helped along the way.

“A lot of the credit has to go to them,” he said. “From Connacht in the last two years I’ve been in the academy all the way back down to Ballinasloe and Garbally College when I was younger.” 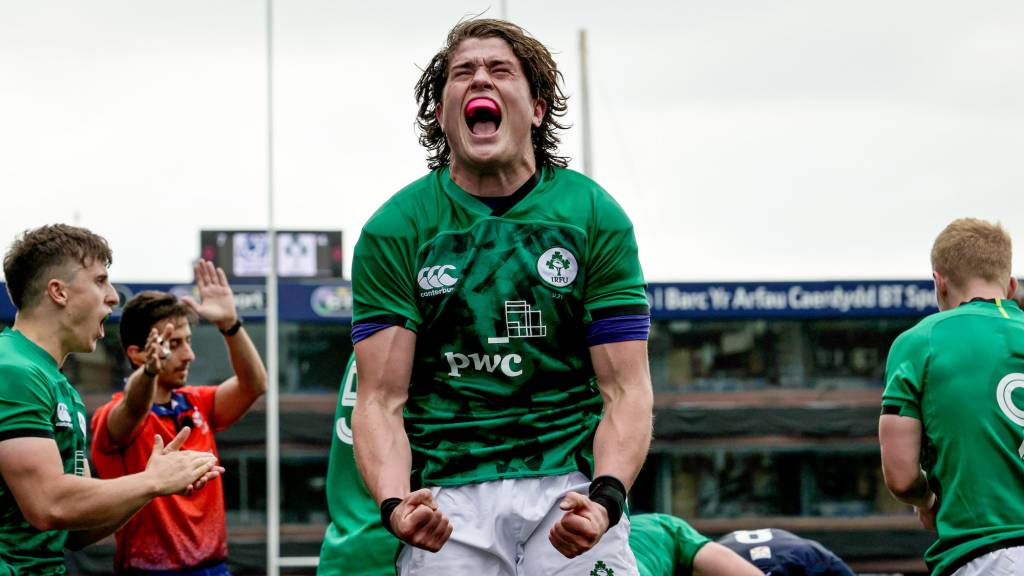 Ireland had been locked at 7-7 in the first half in Cardiff after Elliot Gourlay cancelled out Soroka’s score but a penalty try on the cusp of half-time saw the men in green take the lead again.

A red card for Harri Morris after the restart proved pivotal but Scotland still looked dangerous – and Jennings was delighted with the way Ireland’s defence answered every question posed.

Exploring the family connections in the Six Nations Under-20s

“We just have to talk them through it and we know they’ll do absolutely anything for us at the back. The trust in our defence is very high, Denis Leamy has put in a good system for it.

“I think we’ve all really bought into it and it’s probably something as a team we really enjoy defending and relish the chance to get the ball back for us.”