Six players will make their British & Irish Lions debuts against Japan in a side captained by three-time tourist and Wales legend Alun Wyn Jones at BT Murrayfield.

2021 Guinness Six Nations Player of the Championship Hamish Watson had been one of four Scotland players in the starting XV named by Warren Gatland for the game in Edinburgh but the flanker suffered a concussion in training, meaning he will begin the graduated return to play protocol, and has been replaced in the side by Justin Tipuric.

Zander Fagerson was then withdrawn due to a back spasm, replaced by Tadhg Furlong, meaning the two Scots still in the starting line-up are Rory Sutherland and Duhan van der Merwe after they helped Scotland secure historic away wins over England and France earlier this year.

Jones: It’s a privilege to be named Lions captain

Ali Price could also make his Lions debut from the bench in what will be the first-ever meeting between the tourists and the Brave Blossoms, in front of 16,500 fans.

Ireland pair Tadhg Beirne and Jack Conan will also make their Lions bow in the back row alongside Tipuric, with Jones and Iain Henderson ahead of them in the second row. 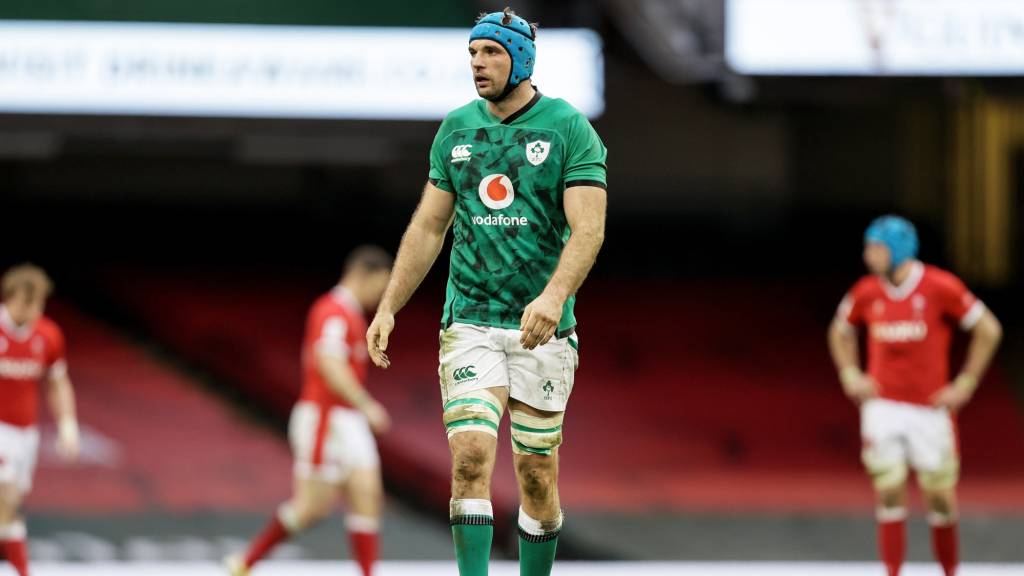 The pack is completed by 2017 tourist and Wales hooker Ken Owens, who starts ahead of England and Saracens forward Jamie George – another tourist from four years ago.

Two-time Lion Conor Murray forms the half-back pairing alongside Wales fly-half Dan Bigger, while Ireland’s Bundee Aki will wear the red jersey for the first time at inside centre.

Aki will be partnered in midfield by his Ireland teammate Robbie Henshaw, a 2017 tourist, while Van der Merwe is joined in the back three by fellow debutant Josh Adams.

2017 tourist Liam Williams completes the backline while Wales teammates and fellow 2021 Championship winners Wyn Jones and Taulupe Faletau have been named on the bench.

England fly-half Owen Farrell also starts on the bench ahead of his third Lions Tour, with Anthony Watson, Courtney Lawes and Kyle Sinckler also available to be called on.

“We’re anticipating a tough game against Japan – a side that like to play at a high-tempo and shift the ball,” said Gatland, a three-time Grand Slam-winning coach with Wales.

“We saw throughout the World Cup they have attacking threats across the park and a solid defence and set-piece.

“I’m pleased with the progress we’ve made during our training camp in Jersey so far, but we’ve a long way to go. You can see that the squad are starting to get to grips with our game strategies, but, as always with a Lions Tour, this takes time to bed in.

“We’re in a good place though and I can tell there’s a lot more to come from this group.

“Everyone in the squad will get a start before the start of the Test Series, so each member of the squad can put their hand up for Test selection.

“We are absolutely delighted to be playing in front of 16,000 supporters in Edinburgh. I’m sure the crowd will give the players an enormous lift before we depart for South Africa on Sunday.”

The Lions’ eight-game Tour to South Africa kicks off on July 3 in Johannesburg ahead of the three-Test series against the Springboks, which starts in Cape Town three weeks later.

Share this article:
Previous Story Women’s Six Nations stars to go for gold in Tokyo
Next Story How to watch Round 2 of the Six Nations Under-20s in the UK & Ireland