The second round of Six Nations Under-20s action did not disappoint as all three games delivered thrilling entertainment as the next generation lit up the international stage.

England and Ireland both maintained their perfect starts to the Championship at Cardiff Arms Park while France got off the mark with a narrow victory against Italy.

There were plenty of impressive scores in every game and with that in mind, it’s time to have your say and vote for your Try of Round 2. Check out the four nominees below.

England made it two wins from two in the 2021 Six Nations Under-20s with a 31-12 victory over Scotland and Sam Riley was the star of the show, scoring one and assisting another.

His superb effort arrived on 51 minutes as the hooker showed the acceleration of a back to burst between two defenders with a hitch-kick and surge over the line.

Italy pushed France all the way before eventually succumbing to their second defeat of the Championship, but it all started so well for the Azzurrini thanks to Simone Gesi.

Gesi produced a remarkable solo try as he collected the ball in his own half, skipped round one man with a hand-off, tiptoed down the sideline before surging past two other would-be tacklers for a dynamic 50-metre score. 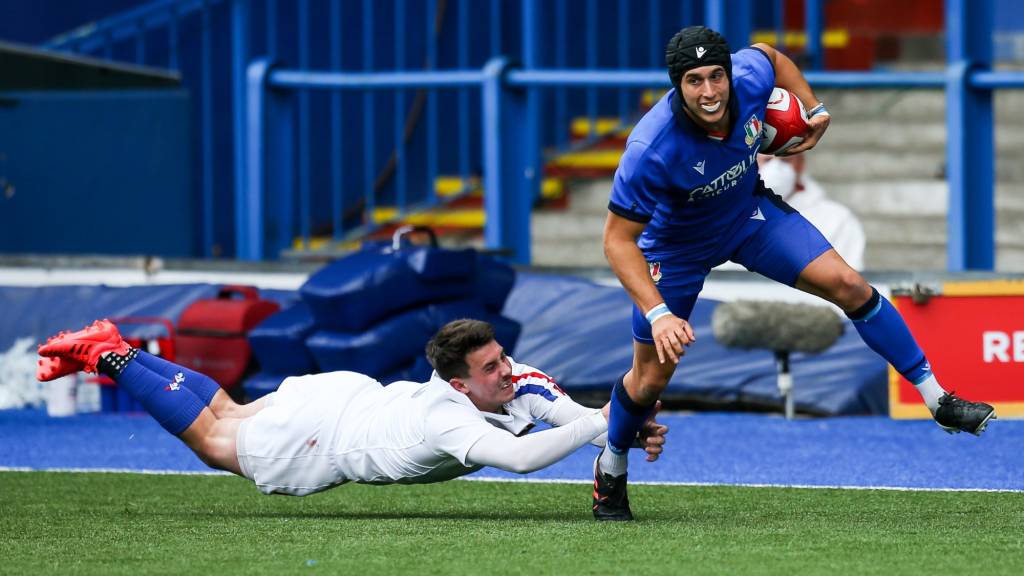 Jean-Baptiste Lachaise cut inside before neatly offloading to Maxime Baudonne, who drew two defenders and flicked a perfectly-timed pass for Epee to slide over.

2019 champions Ireland could have had several contenders in this list after their 40-12 triumph over Wales, with scrum-half Nathan Doak scoring a spectacular 50-metre try of his own.

But Chris Cosgrave’s effort was the pick of the bunch, with quick ball carving open the Wales defence before Cosgrave latched on to Jamie Osborne’s perfectly-timed pass to scoot over.

Share this article:
Previous Story Dickens warns rivals there is more to come from England Under-20s
Next Story Lachaise: Plenty to work on ahead of Wales clash