England back rower Lucas Brooke will miss the rest of the Six Nations Under-20s after being handed a three-week suspension for the red card he received against Scotland.

Brooke was sent off in the 62nd minute of England’s 31-12 victory at Cardiff Arms Park on Saturday for a high tackle he made on Scotland’s Ollie Melville.

The red card was issued for an infringement of Law 9.13:

They heard evidence and submissions from Brooke and his representatives, with the young Red Rose forward accepting that he had committed an act of foul play that warranted the red card.

The Disciplinary Committee considered the submissions received and concluded that the act of foul play warranted a mid-range entry point (six weeks’ suspension).

This was reduced by three weeks to take account of mitigating factors, including his previously clean record, his youth and inexperience, his conduct at the hearing and his apology.

As a result, Brooke – who has a right of appeal – is suspended for three weeks and will miss three England matches in the Six Nations U20 Championship against Ireland, Wales, and Italy. 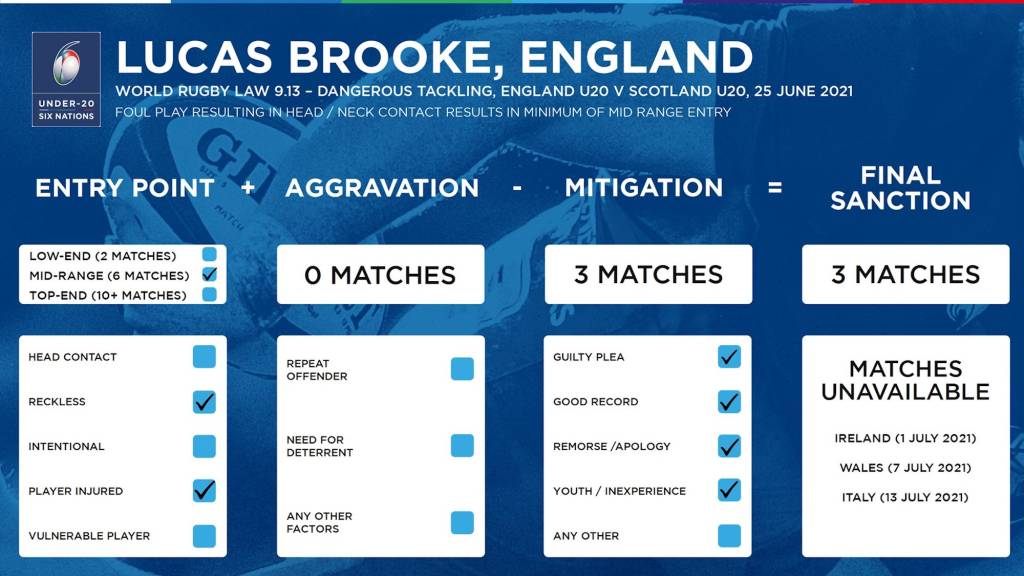