Head coach Warren Gatland has made 14 changes to the British & Irish Lions starting XV ahead of their Tour opener against the Emirates Lions in Johannesburg on Saturday, with full-back Stuart Hogg taking on the captaincy reins.

The Scotland skipper – a two-time Guinness Six Nations Player of the Championship winner – is in line to make his first appearance of the 2021 Tour after playing his part in Exeter Chiefs’ narrow Premiership final defeat to Harlequins last weekend.

Wales’ Josh Adams scored the first try of the Lions’ 28-10 Vodafone Lions 1888 Cup win over Japan at BT Murrayfield last time out, and the wing wizard is the only player to retain his place in the XV amid wholesale changes.

Adams and Hogg are joined in the back three by the former’s compatriot Louis Rees-Zammit, who takes on the No.14 jersey having scored four tries to help Wales clinch Guinness Six Nations glory earlier this year. 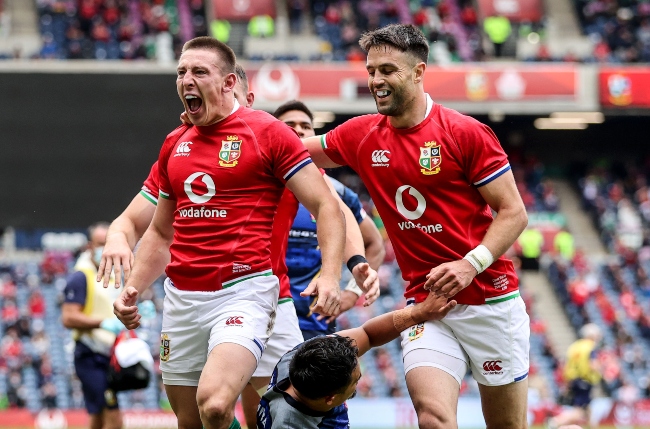 The 20-year-old is one of four members of the starting line-up set to make their Lions debut at Emirates Airline Park, alongside Scotland pair Chris Harris and Hamish Watson, and England’s Jonny Hill.

Harris lines up in the midfield with Red Rose skipper Owen Farrell, who previously featured on both the 2013 and 2017 Tours. Hill will partner fellow countryman Maro Itoje in the second row.

Courtney Lawes is set for his second appearance of the 2021 Tour after replacing injured skipper Alun Wyn Jones against Japan. The 32-year-old is joined in the back row by fellow flanker Watson and No.8 Taulupe Faletau.

Murray named Lions captain after Jones ruled out of tour

Besides the four debutants in the starting XV, replacements Luke Cowan-Dickie, Zander Fagerson, Sam Simmonds and Gareth Davies are also in line to make their first appearances in the famous red jersey should they join the action.

Gatland said: “It’s good to have arrived in Johannesburg and get the Tour underway. We had a pleasing win last week up in Edinburgh, but there’s still plenty we need to get right on Saturday.

“I’ve been encouraged by the way the boys have trained this week. I feel it’s gone up a level from where we were in Jersey and we’re starting to see a better understanding of some of our tactics.

“There are some new player combinations for us to have a look at this Saturday – which is good information for us as the Test Series approaches.

“My congratulations to all those playing their first game as a Lion, and also to Hoggy too – who I am sure will lead the side by example.”

Saturday’s clash against the Emirates Lions marks the start of the Lions’ eight-game Tour in South Africa, with the three-Test series against the Springboks kicking off in Cape Town on July 24.

Share this article:
Previous Story Disciplinary Update – Lucas Brooke decision
Next Story How to watch Round 3 of the Six Nations Under-20s in the UK and Ireland