A raft of Guinness Six Nations heroes will once again step onto the British & Irish Lions stage this weekend, with a clash against the Sigma Lions in Johannesburg representing their first match of the 2021 Tour on South African soil.

Since then Warren Gatland’s squad have jetted to South Africa in preparation for the first of eight games on foreign ground, 12 years on from their last match in the Springboks’ home nation.

The Lions will ultimately be aiming to rectify that 2-1 series defeat by the time the first of three Tests comes around later this month, but for now their sole focus lies on Saturday’s showdown at Ellis Park.

While it will be the first meeting between the tourists and the Sigma Lions they triumphed 74-10 the last time they faced Johannesburg’s provincial side, the Golden Lions, in 2009.

And with the South Africans having lost four out of five matches in the recent PRO14 Rainbow Cup, Gatland – a three-time Grand Slam-winning coach with Wales – will surely be confident of a second win in a row.

Wing wizard Josh Adams is the only player to keep his place in the British & Irish Lions XV from the side who beat Japan, with Gatland introducing 14 new names from the start.

Conor Murray has been named captain for the Tour following Alun Wyn Jones’ withdrawal through injury, but with the Ireland scrum-half rested Scotland skipper Stuart Hogg takes on the reins this time out from full-back. 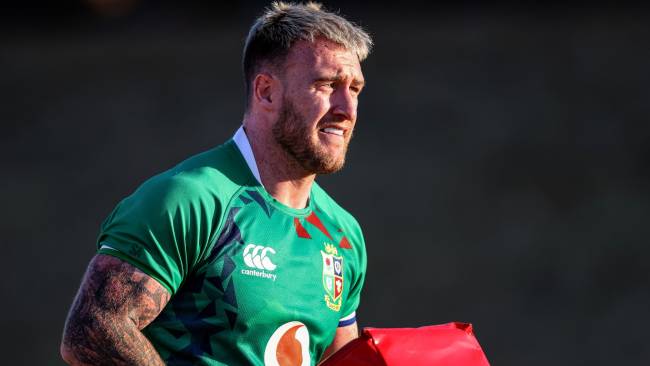 Adams and Hogg are joined in the back three by the former’s compatriot Louis Rees-Zammit, who takes on the No.14 jersey having scored four tries to help Wales clinch Guinness Six Nations glory earlier this year.

The 20-year-old is one of four members of the starting line-up set to make their Lions debut, alongside Scotland pair Chris Harris and Hamish Watson, and England’s Jonny Hill.

Off the bench, replacements Luke Cowan-Dickie, Zander Fagerson, Sam Simmonds and Gareth Davies are also in line to make their first appearances in the famous red jersey should they join the action.

Winger Louis Rees-Zammit has seemingly been unfazed by anything thrown at him so far in his young career, having notched five tries in nine Test appearances since making his debut against France in October 2020.

Representing the Lions marks another step up, and all eyes will be focused on whether the Gloucester stalwart can join compatriot Josh Adams by scoring on debut.

Murray named Lions captain after Jones ruled out of tour

Elsewhere in the backs England captain Owen Farrell makes his first start at No.12 having come off the bench against Japan, while Finn Russell will stake his claim for a Test start at fly-half following Dan Biggar’s impressive showing last week. 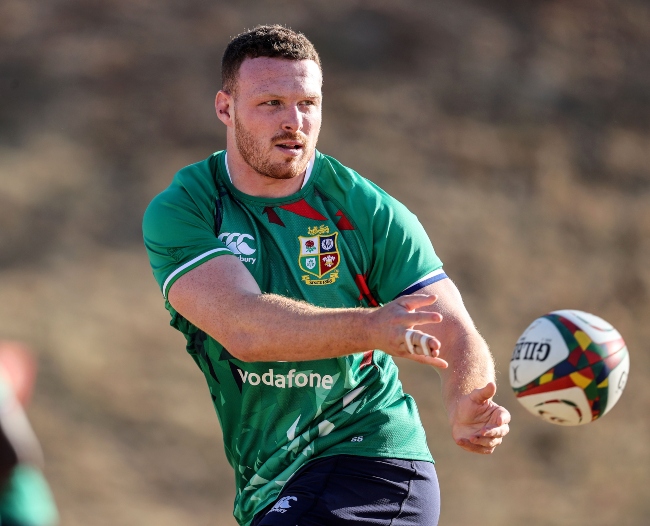 Back-rower Sam Simmonds hasn’t featured for England for three years but could make his Lions debut here, and the 26-year-old will be itching to replicate the sort of form that saw him score 21 tries for Exeter Chiefs last season.

British & Irish Lions head coach Warren Gatland said: “It’s good to have arrived in Johannesburg and get the Tour underway. We had a pleasing win last week up in Edinburgh, but there’s still plenty we need to get right on Saturday.

“I’ve been encouraged by the way the boys have trained this week. I feel it’s gone up a level from where we were in Jersey and we’re starting to see a better understanding of some of our tactics.

“There are some new player combinations for us to have a look at this Saturday – which is good information for us as the Test Series approaches.

“My congratulations to all those playing their first game as a Lion, and also to Hoggy too – who I am sure will lead the side by example.”

Sigma Lions head coach Ivan van Rooyen said: “It’s a once-in-a-lifetime opportunity for us and it’s logical to say that we are going to have a full go.

“If, in a big game like this, you are too conservative or don’t have a brave mindset, you are probably in for a hiding. The guys are looking forward to it and are ready physically to go there.

“The collisions will be nice and aggressive. The Lions look a mobile team, full of athletes who can move side to side and move you laterally but they are a team that has just arrived this week.”

Share this article:
Previous Story Highlights: Ireland Under-20s 15-24 England Under-20s
Next Story Vote for your Try of Round 3 in the Six Nations Under-20s