England Under-20s captain Jack van Poortvliet warned the job is not done yet after victory over Wales left his side one win away from a Grand Slam.

And only Italy – who lost 30-23 to 2019 champions Ireland in Round 4 – stand in their way of a clean sweep and a first title for four years.

England one step away from Grand Slam

“It means a lot [to win the Triple Crown] and credit to the boys for their hard work,” said Leicester Tigers scrum-half Van Poortvliet.

“But we know the job’s not done yet – the focus now moves to Italy and what we’ve got to do to beat them and make sure we come home with the full Six Nations trophy.

“They’re a big test. They have shown in the last two games how good they can be and there’s no let-up this week.

“The boys will have to stay focused and keep working hard. They’re going to be a big challenge and it’s one we’re really excited to take on.” 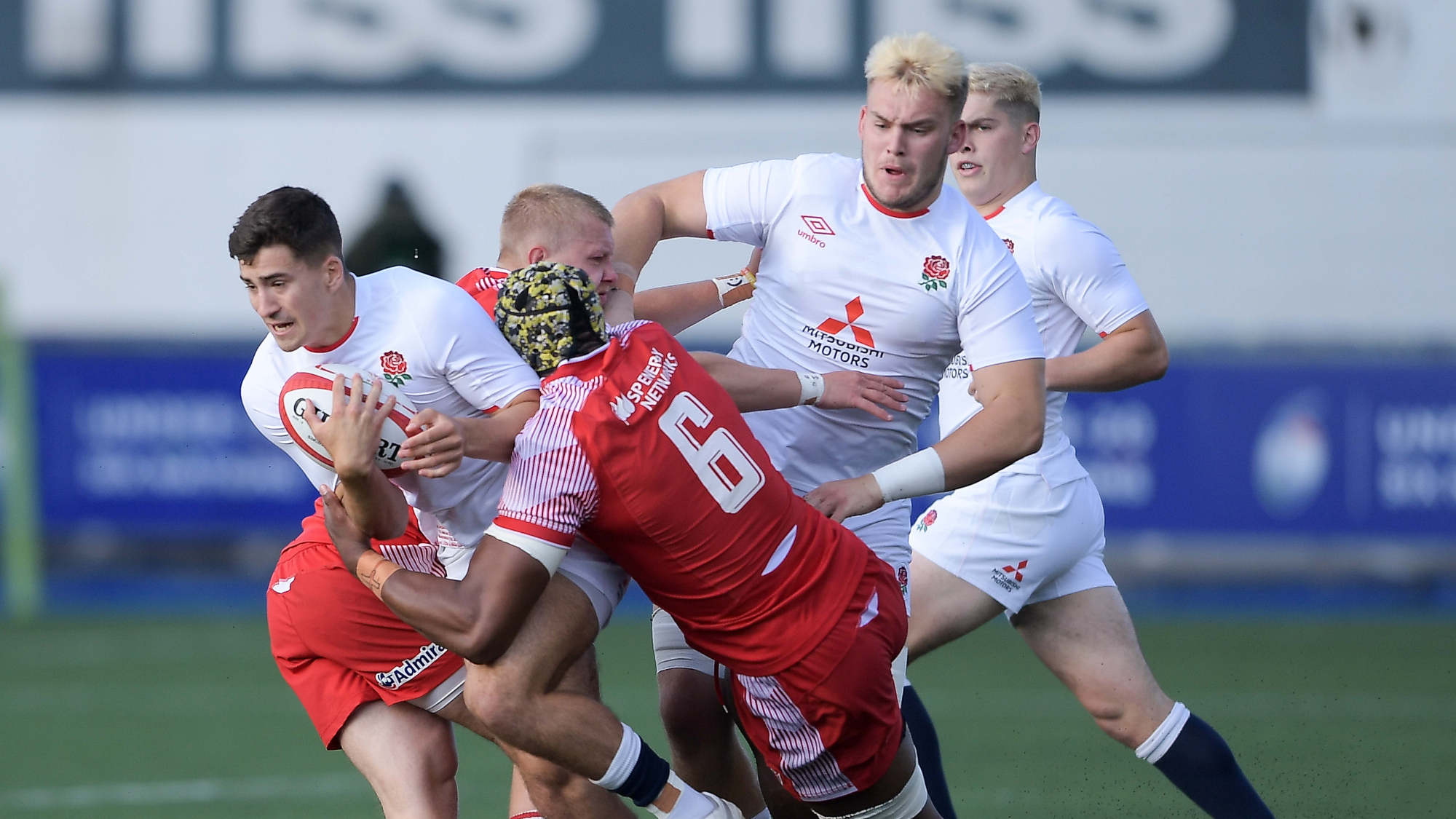 Van Poortvliet reserved special praise for the forward pack whose grunt work set the platform for a fourth consecutive win, having outmuscled Ireland 24-15 in what many billed as a Grand Slam decider last week.

“The pack’s scrum dominance and set-piece was unbelievable,” said the No.9.

“It was a good game. The boys really showed up physically again.

“In the backs, we took our opportunities when they came to us – we probably could have got a few more in that wide channel.

“It was a good performance with backs and forwards stepping up in good areas.

“The big focus and credit has to go to our pack for the shift they put in, it was first class.”

Riley scoring his fifth try in four games and prop Fin Baxter being named Player of the Match.

“They are excellent players,” said Dickens. “They are front-rowers who aren’t just about the set-piece, they have good rugby ability, and the focus from them is to continue that into senior rugby.”

And despite being impressed with his side’s efforts over the first four matchdays in the Welsh capital, Dickens knows they cannot afford to underestimate Italy in Tuesday’s opening game.

“I think Italy have been excellent so far,” he explained. “I watched the game against Ireland and they were probably unlucky not to get a little bit more from that game.

“They’ll be looking to take that first-half performance into the game next week and they’re a tough outfit.”