England flanker Sam Underhill is expecting a physical battle as his side takes on Canada in their final summer international.

Twickenham will host England’s first match against Canada since 2004, when the Red Rose were 70-0 runaway winners.

Underhill, a 2020 Guinness Six Nations champion with England, is one of the senior members of the team with 23 caps and he recognises that Saturday’s match is a chance for players to impress with many regulars away with The British & Irish Lions.

Underhill said: “This weekend we’d be expecting, again, a pretty physical battle, a lot of big men, lots of carries off nine, and a decent team and ourselves a group that haven’t played that much together.

“So, we’ll be looking forward to playing together again and hopefully fine-tuning some things from last week. We want more out of ourselves again and it’s an exciting time to be around the group.

“There’s 30-odd lads here, 12 more away with the Lions and a few more out there that will be coming back at some point, I’m sure.” 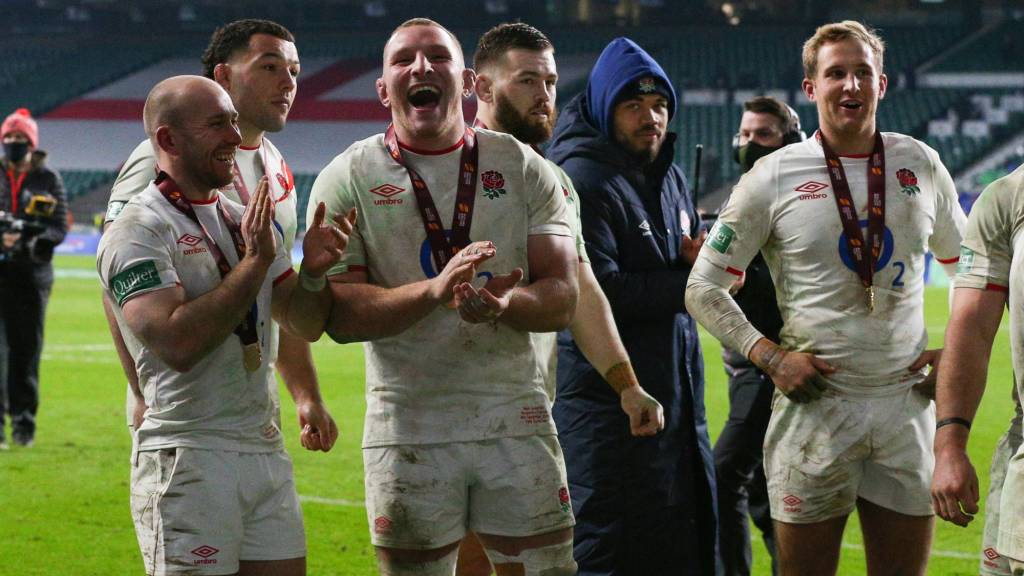 After 12 players made their debuts for England last week in the 43-29 victory over USA, there are four debutants among Eddie Jones’ matchday squad.

Leicester Tigers pair Dan Kelly and Harry Wells will earn their caps at centre and lock respectively, with recently crowned Premiership champion Alex Dombrandt joining Wells in the forward pack and Newcastle’s Adam Radwan alongside Kelly in the backs.

Lewis Ludlow will continue as captain having guided his side to the win over Canada’s North American neighbours the USA, with Ellis Genge again supporting him as vice-captain.

Underhill, 24, was one of six try scorers as England crossed seven times, with four debutants on the scoresheet and Harry Randall and Marcus Smith will continue their successful partnership at half-back.

Fellow try-scorer Jamie Blamire has been promoted from the bench to start at hooker while Ollie Lawrence misses out with the injury he sustained in last weekend’s match.

Joe Cokanasiga, who scored twice for England against the US, keeps his place on the wing with Freddie Steward behind him at full-back, having impressed on debut.

Canada will be led by Lucas Ramball and there are only three changes to the team who lost 68-12 to Wales with Reegan O’Gorman moving to lock as Cory Thomas comes in at flanker while Lachlan Kratz will make his Test debut at centre.

Underhill made his England debut in 2017 when the previous Lions tour was taking place and had advice for the young players in the same position this time around.

“It’s incredibly competitive but very good-natured and fun to be a part of. You can’t look too far ahead, you look at what’s immediately in front of you,” he added.

“When you get a chance to be involved in a camp like this it’s imperative that you make the most of it because you never know what’s around the corner.

“We speak quite a lot as a group about just being as good as we can be every day and trying to get better as rugby players and that’s all ultimately that we can do, selection is obviously out of our hands.

“So it’s a good environment to be in because it gives you something to get after straight away.

“You don’t look too far in the future, you don’t look behind you, all you worry about is playing rugby, and doing it well.”