Try doubles from England duo Jamie George and Anthony Watson, as well as Ireland’s Tadhg Beirne, helped the British & Irish Lions record a convincing 71-31 victory over Cell C Sharks but only after they were given a first-half scare by the hosts.

Having beaten the Sharks 54-7 earlier in the week, and only playing them again after the South Africans stepped up at short notice when scheduled opponents Vodacom Bulls had a Covid outbreak, the Lions were surprised to find themselves level at half-time after a sloppy first 40 minutes.

Chris Harris, George, Duhan van der Merwe and Beirne all crossed for the tourists in that first half and when Jaden Hendrikse was sent off for a leading elbow on 44 minutes, the floodgates duly opened.

Jack Conan, Elliot Daly, George, Watson (twice), Beirne and Tom Curry then went over in the second half to complete an 11-try rout in which a number of Guinness Six Nations stars once again put their hand up for a Test spot.

A fast start as @charris_13 scores the opening try with less than five minutes on the clock! 🔥#LionsRugby #CastleLionsSeries #LionsSA2021 pic.twitter.com/xgiYsBmifN

The Lions were given a much sterner examination, especially in the first half, than three days prior, with four tries apiece seeing the teams head into half-time level at 26-26.

It looked like business as normal for the Lions early on when the Scottish connection of Van der Merwe and Harris combined, with the winger accelerating through a gap and offloading to the centre for the score.

But the Sharks hit back as Anthony Volmink sprinted in for the score and Thaakir Abrahams then dived on Lionel Cronje’s precise stab through to give the hosts the lead.

Lions captain George mauled over from close range on 21 minutes but Hendrikse’s interception score shocked the visitors before Dan Biggar and Liam Williams combined to send Van der Merwe over the whitewash. 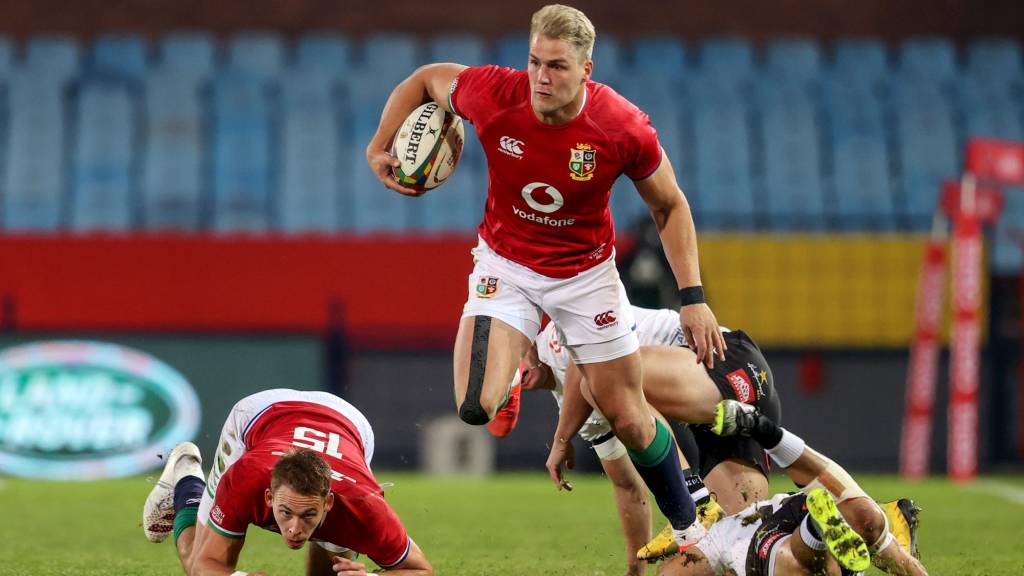 Volmink’s second score after good work from Abrahams once again put the Sharks on top but the side went into the changing rooms level as lineout ball was secured on the stroke of half-time and Beirne picked and went from a ruck to dot down.

SHARKS REDUCED AND LIONS PULL AWAY

After being surprisingly tested for the first time on the tour in the first half, the Lions were handed a golden opportunity when Hendrikse was sent off early in the second half for leading with the elbow into a breakdown.

Conan burrowed over in the corner shortly after and England star Daly – playing in the centres – then slalomed between defenders for a sixth try.

To their credit, the Sharks hit back as Conor Murray’s kick was charged down and the ball rebounded straight to Werner Kok to dive over and reduce the deficit to seven points.

That was just a temporary reprieve however, as great continuity and offloading led to George powering over from close range and Watson cutting a great line for try number eight before the 60-minute mark. 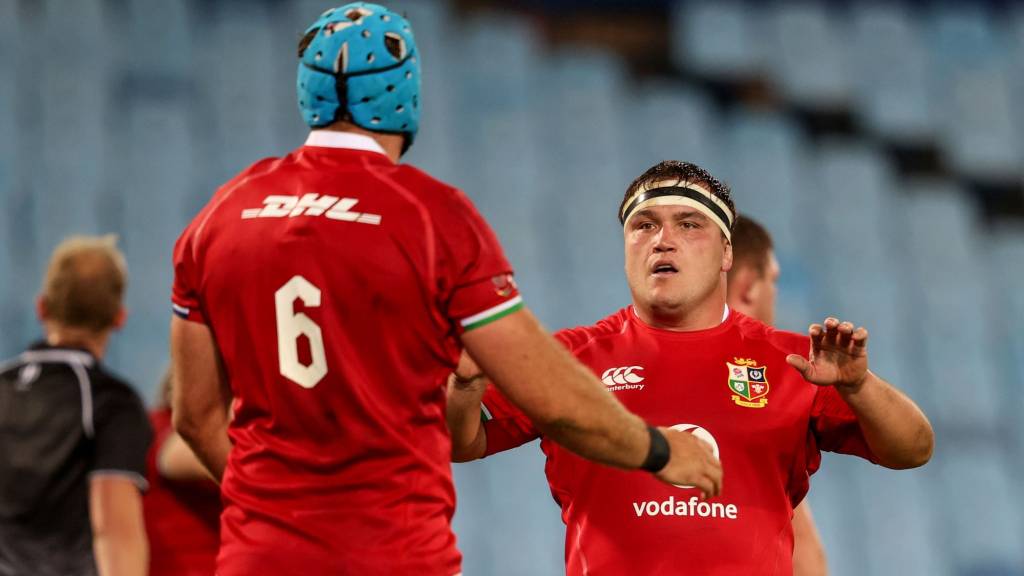 Beirne’s second try following some big carries by the forwards and Curry’s subsequent run-in after being on the shoulder of Watson got the Lions past the 60-point mark before Watson himself added extra gloss in the final minute with a long-range finish.

Captain Jamie George said: “Fair play to the Sharks for the way they fronted up.

“I thought they brought a much higher intensity than they did on Wednesday – they were always going to react to the way they performed on Wednesday.

“They took the game to us early in the first half and it took us a little while to react. That was disappointing and we probably got a bit flustered early on. We’re going to address it, there are some good learnings going into the Test series.

“When you’re on the field, it’s difficult to put your finger on it. I think we could have brought a lot more control to that first half and it doesn’t really help when we throw three intercepts and hand them three tries!

“We probably got too flustered too early – mentally we certainly got tested but we’d rather get tested now than in a few weeks.

“That 80 minutes brought out everything for me. When Gats first asked me [to be captain], I had to take myself off to my room for a little bit.

“It was an incredibly emotional day and I’m so, so proud for me and my family. It’s a great group of boys to be leading and I’m really thankful to everyone for all their support over the last few days.”

Share this article:
Previous Story Preview: Lions back three look for more opportunities against Sharks
Next Story Williams scores as Wales battle back to grab draw with 14-man Argentina