The final round of the Six Nations Under-20s takes place on Tuesday with England in pole position to claim their first Championship since 2017.

Alan Dickens’ side have won all four of their games and only Italy stand in the way of sealing a Grand Slam at Cardiff Arms Park in the opening match of the final round of fixtures.

The Red Rose are first out of the blocks in the Welsh capital and the side have full control of their own destiny after outmuscling nearest challengers and 2019 champions Ireland 24-15 in Round 3.

Richie Murphy’s Irishmen lead the chasing pack but will need plenty of things to go their way if they are to retain the title they won two years ago.

Here’s a rundown of the Round 5 permutations…

Bonus points will not come into it as any kind of win seals the Grand Slam and the title for the English.

A draw will also be enough to see the Red Rose crowned champions, but they would of course miss out on the clean sweep.

And the team captained by Jack Van Poortvliet can even afford to suffer defeat and still finish top of the pile for 2021 if they pick up a losing bonus point or score four tries in the process. 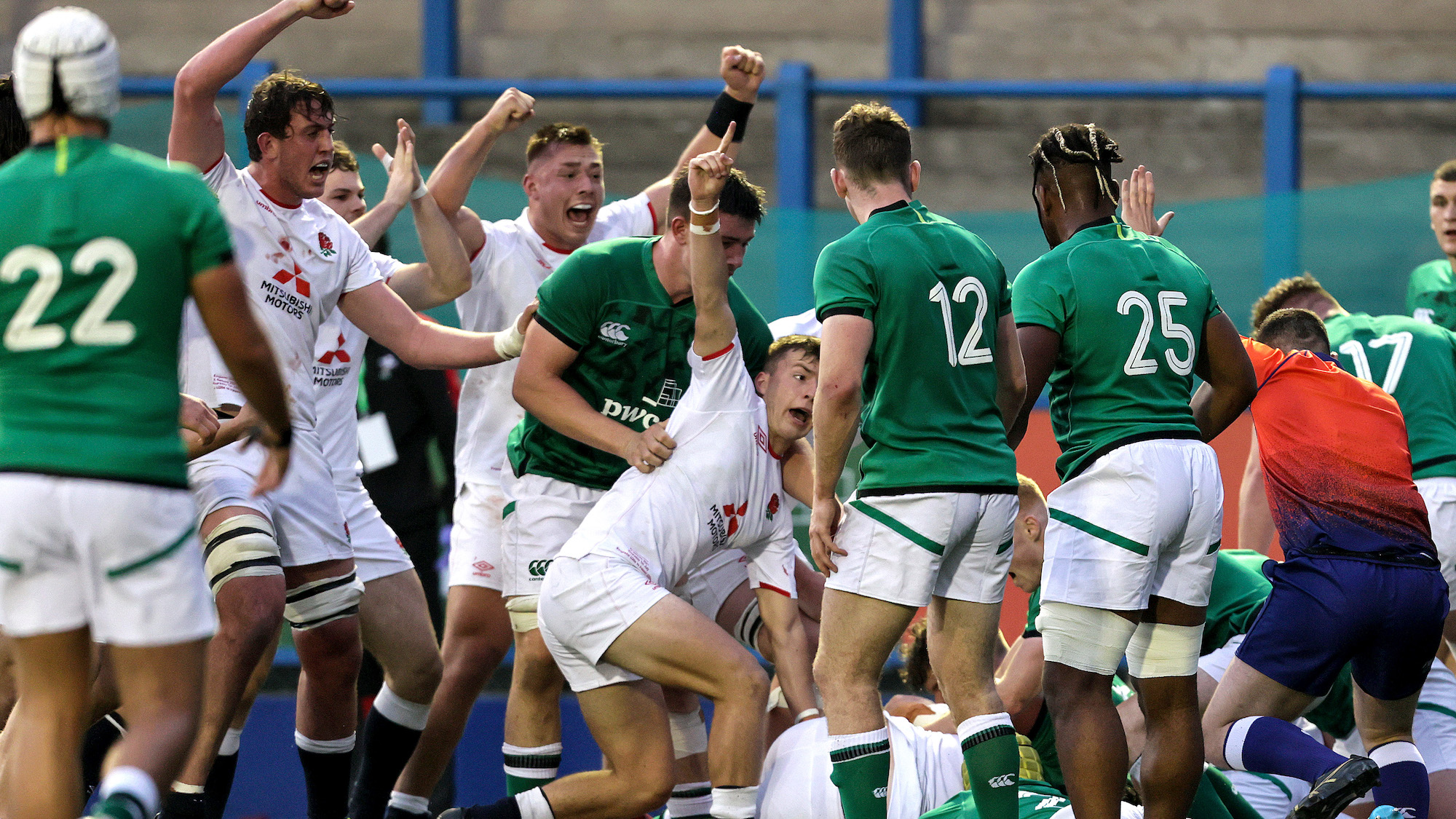 Only second-placed Ireland have any chance of stopping the Six Nations Under-20s trophy from hurtling back to Twickenham.

The Irish youngsters must hope that England lose to Italy by more than seven points and without scoring four tries if they are to have a chance of retaining their title when they face France in the second game of the final triple-header.

Then the team skippered by Alex Kendellen must record a bonus point win with a clear victory margin of 30 points or more to ensure that they are crowned champions once again.

If the men in green win by 29 points then a nail-biting finish would come down to the number of tries scored by both England and Ireland – with the tallies currently standing at 21 and 17 respectively.