The Red Rose headed into their final clash of the Championship knowing that simply avoiding defeat would send the coveted trophy to Twickenham for the first time since 2017, but they showed their winning intent from the off.

Orlando Bailey and Jack Bates tries gave England a 17-0 half-time lead but Italy gradually grew into the game, hitting back after the break through scores from Ion Neculai and Tommaso Di Bartolomeo. 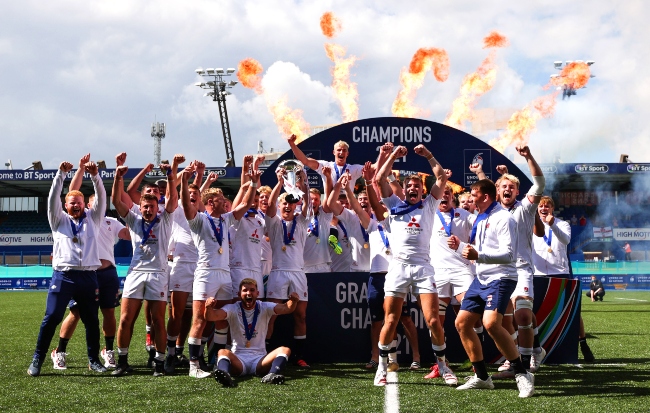 Dickens said: “It was a really tough game. We were probably a touch tired after the four previous rounds, and fair play to Italy they really made us work hard.

“It looked pretty comfortable at one stage but they got themselves back into the game. Credit to our players for digging deep – that’s the kind of character they’ve shown throughout the series.

“Throughout all the complications with Covid-19 and everything the players have shown a will and determination to play.

“There’s a great team spirit, we’ve got a lot of good players, and I think the nature of having the tournament at the back end of the season has helped the cohesion of the group.”

England’s Grand Slam journey began with a stunning 38-22 comeback win over three-time champions France, before 31-12, 24-15 and 45-3 triumphs over Scotland, Ireland and Wales respectively, ahead of their victory against Italy.

Skipper Jack van Poortvliet was crowned the 2021 Six Nations Under-20s Player of the Championship in a vote featuring the head coaches and captains from each nation. 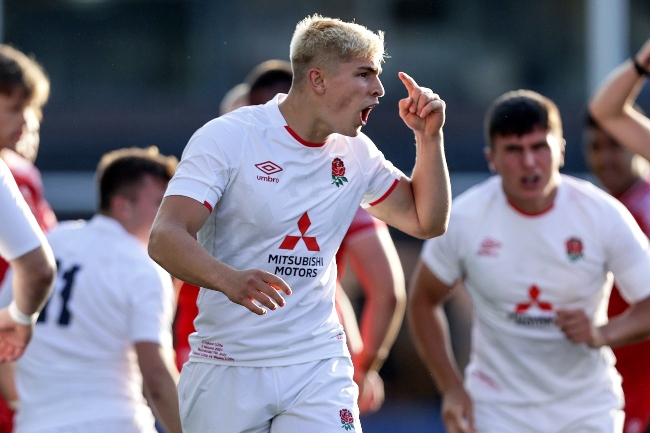 The Leicester Tigers scrum-half produced a Player of the Match performance in that thriller against France, while also notching tries against Scotland and Wales, but he was quick to recognise the contribution of the whole England camp.

He added: “I’m very honoured. I’m delighted to have received the award but I can’t take any credit away from the team. I wouldn’t have been able to do anything I’ve done without everyone else around me.

“They’ve put the ball on a plate for me and I’ve been very lucky to have the opportunity to play with a pack like mine and a backline like mine.

“We’re all buzzing to have won the Grand Slam. We didn’t really know what to expect coming into the tournament because we hadn’t seen much of the other teams, but as soon as I joined the group I knew we had a good chance.

“This Championship has been one of the most physically challenging things I’ve been a part of, but we’ve shown a certain level of grit throughout to get back on task, as we did against Italy.

“There are some really strong players coming through the ranks and hopefully we can gain some senior experience with our clubs, and enjoy success together again in the future.”