Another quartet of spectacular scores are in the running for the Six Nations Under-20s Try of Round 5 after England, France and Wale emerged victorious in Cardiff.

England completed the clean sweep as they sealed Grand Slam glory with a 27-17 victory over Italy before France edged out Ireland 34-28 to claim second place.

Hosts Wales rounded off a thrilling Championship at Cardiff Arms Park by defeating Scotland 32-24 as the next generation of stars shone brightly over five action-packed rounds.

And now the time has come for you to have your say in the final Try of the Round vote. Pick your favourite in the poll below and relive the drama from a superb finale.

Over to you to vote for the best score from Round 5 of the #SixNationsU20 Championship! 😍

Arthur Relton has been one of England’s brightest stars during the 2021 Championship and he only added to his burgeoning reputation with a brace against Italy.

His first try was the pick of the two, though, with the talented wing wizard using his burning pace to see off a handful of defenders and dot down shortly after the interval.

The battle for second place between France and Ireland served up a rugby treat, with both sides going at each other hammer and tong before Les Bleuets emerged triumphant.

But it was Jamie Osborne’s opening try that set the tone for what was to follow, with the full-back evading a challenge from Léo Barré before lunging over the line superbly to score. 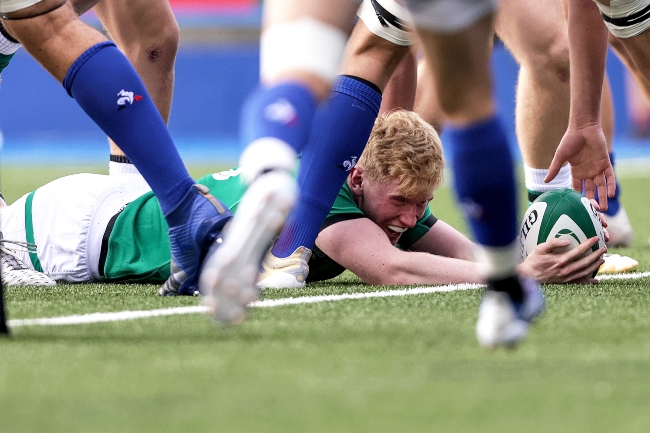 France have provided much entertainment throughout the 2021 Six Nations Under-20s and Thibault Debaes has been one of the chief contributors to their attacking flair.

He was at it again against Ireland just before the 20-minute mark, finishing off a move that was started by Louis Bielle-Biarrey latching onto a loose pass and running the length of the pitch. 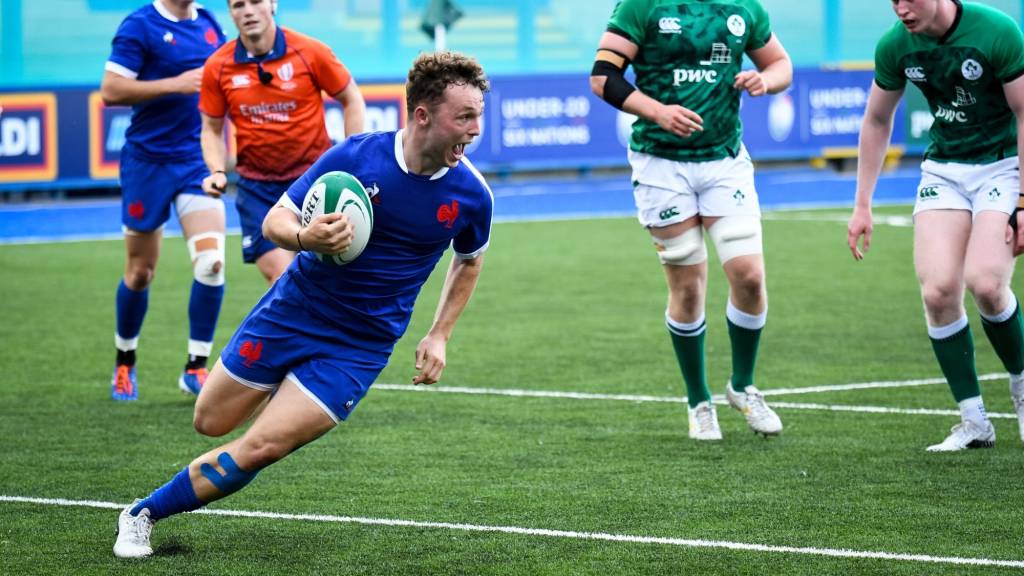 After a full throttle opening 40 minutes, the second half turned into a much tighter affair – that was until Louis Bielle-Biarrey delivered a memorable score of his own.

With 15 minutes left on the clock, Nolann Le Garrec picked out Bielle-Biarrey with a quickly-taken cross-field kick which the winger collected before crossing the whitewash.