Only one game against the DHL Stormers remains for the British and Irish Lions stars to impress Warren Gatland ahead of their first meeting with the Springboks.

The Lions will be looking to bounce straight back from a 17-13 defeat to a very strong South Africa A side on Wednesday night.

The Lions may have lost the unofficial fourth Test and the chance to go through the tour unbeaten, but there were still plenty of positives to take for Gatland and his coaching staff as they got an early insight into what they can expect in the Test series which starts a week on Saturday.

The Stormers will not be taken lightly as the parent club of Western Province, who the Lions only narrowly beat 26-23 in 2009 in the penultimate game before the start of that brutally physical series.

Scotland full-back Stuart Hogg returns from isolation to captain a completely new starting XV from the one that suffered the first loss of the tour in midweek.

Marcus Smith rounds off an incredible few weeks, having won the Premiership with Harlequins and made his first two England appearances, by being named at No.10.

After his call-up last weekend, the Lions debutant will be partnered by Scotland’s Ali Price at scrum-half.

Fresh from witnessing the birth of his daughter Lottie on Zoom, try machine Josh Adams will take his place on the wing with Hogg’s compatriot Duhan van der Merwe completing the back three.

Ireland’s Robbie Henshaw is back from injury to press his claims for a Test spot in the centres and will form an exciting new partnership alongside England’s versatile Elliot Daly.

Original tour captain Alun Wyn Jones caps his remarkable recovery from a dislocated shoulder, suffered only three weeks ago against Japan, to take up a spot on the bench.

The Stormers have named Tim Swiel at fly-half, coincidentally the former Harlequins star featured in his opposite number Smith’s debut for the Premiership side in 2017.

They are captained by second row Ernst van Rhyn for the first time and he is joined in the engine room by JD Schickerling.

The match-up that stands out is old clubmates Smith and Swiel at fly-half but keep an eye out for new look lock combination Jonny Hill and Adam Beard for the Lions.

With Alun Wyn Jones set to make his heroic return off the bench and the opposing skipper packing down in the row, it is definitely an area worth focusing on when the action gets underway at Cape Town Stadium. 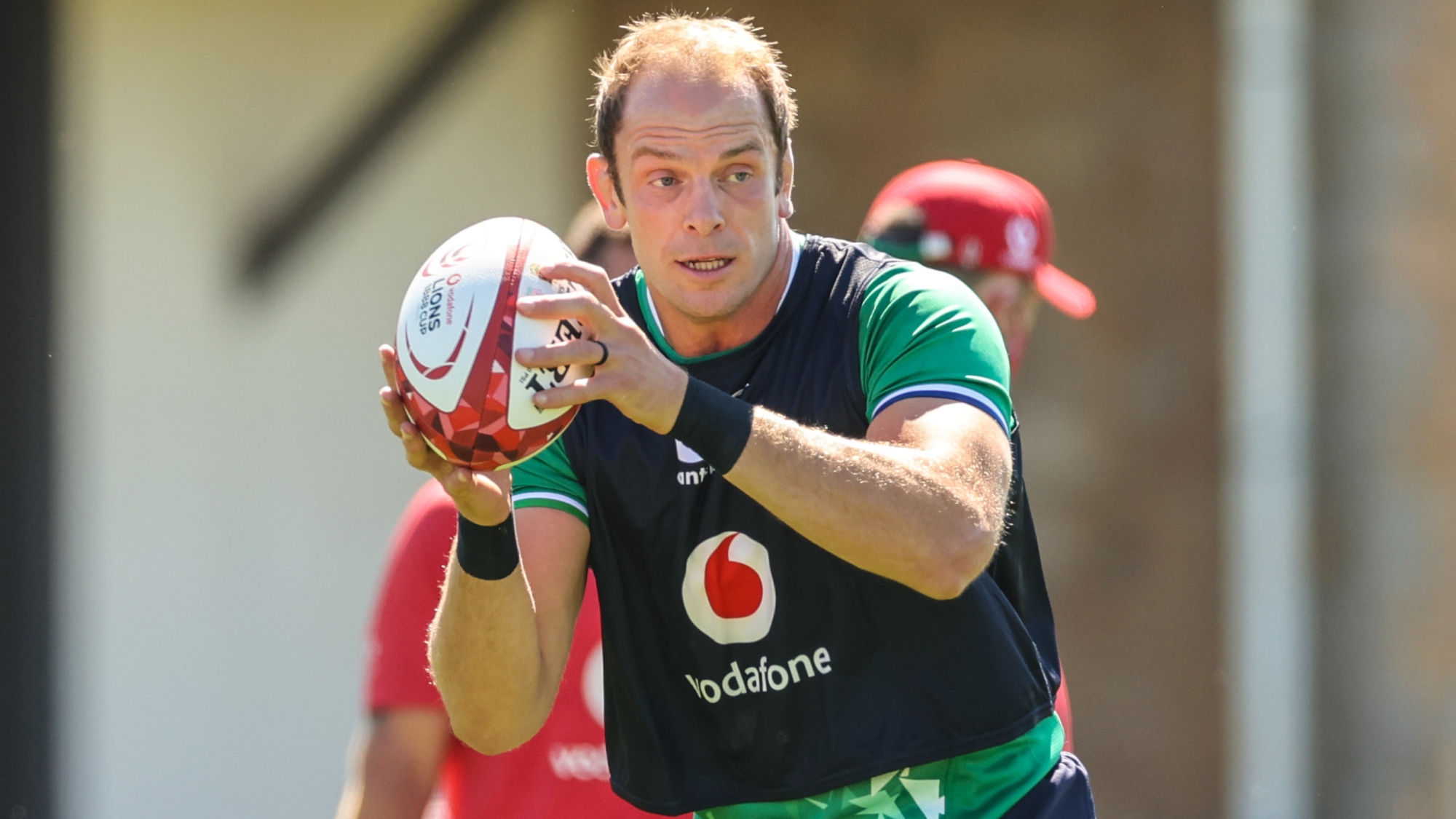 On the right wing for the Stormers is Seabel Senatla, who won bronze with the South Africa Sevens side at the Rio Olympics in 2016, and he will come face to face with another man of South African origin in bruising winger Van der Merwe in what appears to be an intriguing battle out wide.

Lions head coach Warren Gatland said: “It’s an important game as it’s the final chance for the coaching group to see the players perform prior to the start of the Test Series.

“For the matchday 23 it’s their last opportunity to stake a claim for a Test place, so I expect to see a highly motivated group of players.

“It is particularly pleasing to be able to name Stuart Hogg in the squad. He’s not had much luck on Lions Tours to date, so it’ll be great to see him cross the whitewash again with the captain’s armband.

“I’m also delighted that Marcus will get his first start in a Lions jersey. I’ve been really impressed with his attitude since coming into camp this week; he’s been like a sponge for information.

“We learnt a lot from Wednesday’s game and I hope the defeat will serve us well. There’re still some areas of the game we need to tighten up on, particularly reducing our turnover rate.”

Stormers Head coach John Dobson said: “Any match against The British & Irish Lions is a historic occasion and we will be doing everything we can to do justice to the magnitude of this game.

“The team has been highly disciplined in our bubble this week and now it is about doing everything we can on the field for 80 minutes.”

Share this article:
Previous Story Osborne score wins Try of Round Five
Next Story Preview: Hooker Dee keen to make up for frustration against Argentina