France had to settle for silver in the women’s rugby sevens at Tokyo 2020 while Great Britain just missed out on the podium as a host of Women’s Six Nations stars took centre stage.

Les Bleues came out on top when the two teams went head-to-head in the semi-final, securing their place in the gold-medal match with a hard-fought 26-19 triumph.

Great Britain faced Fiji in the bronze-medal match and despite two tries from Meg Jones, they ultimately lost 21-12 to finish the tournament in fourth place.

Meanwhile, France faced the formidable Black Ferns for the gold medal and the pre-tournament favourites lived up to their billing with a 26-12 victory.

Speaking after emulating Great Britain’s fourth-place finish at Rio 2016, Wales winger Jasmine Joyce was disappointed to miss out on a medal but admitted she couldn’t be prouder of what the team achieved.

“You can probably tell by all our faces we are absolutely gutted,” said Joyce.

“As a squad, we’re Team GB, we are three different nations, and we have only been together for four or five months. Six months ago, none of us had anything – we didn’t have jobs, nothing.

“So to come out here, come fourth and push New Zealand right to the end, beat the USA in the quarter-finals and, unfortunately, lose to Fiji – who are a very good side – I can’t be prouder.

“We’ve definitely put our programme in a better place. We can call ourselves Olympians.”

France had been unbeaten on their march to the semi-final clash with Great Britain, beating Fiji, Brazil, Canada and China to put themselves in prime position for a medal.

Great Britain beat the Russian Olympic Committee and pushed New Zealand all the way in a thrilling 26-21 defeat before wins over Kenya and USA put them in the last four.

In the semi-final showdown, France raced into an early 14-point lead thanks to converted tries from Anne-Cecile Ciofani and Seraphine Okemba.

But Great Britain soon responded as Joyce claimed her sixth try of the tournament and Holly Aitchison added the extras to cut the deficit to seven with just six minutes played. 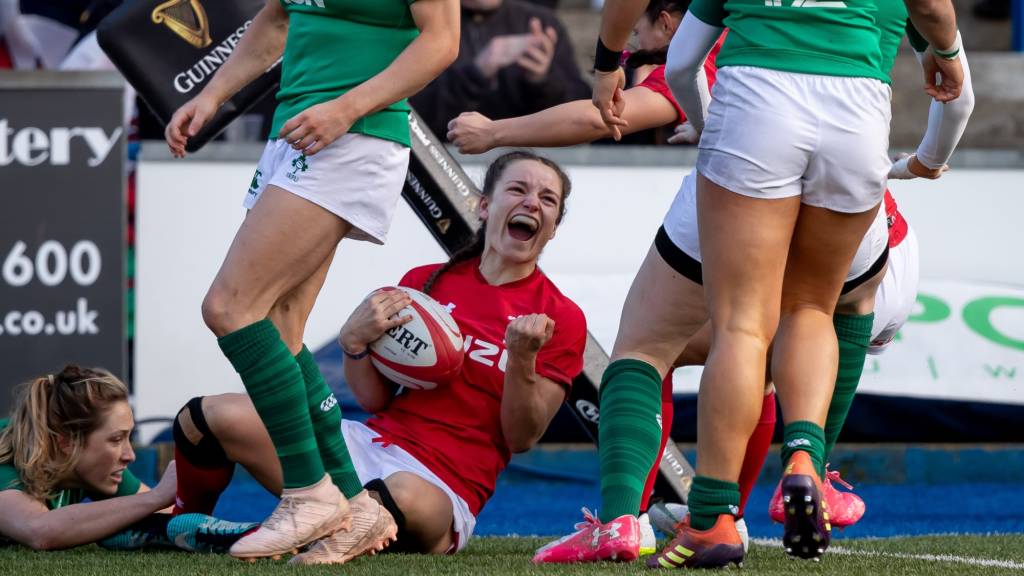 Coralie Bertrand claimed a third French touchdown before the break but Joyce then sprinted clear for her second try of the match, making it 21-12 at the half-time interval.

Ciofani scored a second after the restart and while Scotland’s Hannah Smith crossed for a try converted by England’s Natasha Hunt, France were able to hold on for victory.

Great Britain found themselves trailing 14-0 again in the bronze-medal match with Fiji and though Jones crossed twice, it was not enough to secure her side a place on the podium.

France then went down 26-12 to the Black Ferns, who avenged their defeat to Australia in the Olympic final five years ago to become champions at Tokyo 2020.