Ireland’s World Cup qualification hopes took a dent as they were stunned by Spain in their Europe Qualification Tournament opener.

Adam Griggs’ side enjoyed plenty of territory and possession at the Stadio Sergio Lanfranchi but couldn’t add to Beibhinn Parsons’ early score.

And when debutant Sam Monaghan was sent to the sin-bin with 15 minutes to play, Spain made their numerical advantage count when Lea Ducher crossed to hand her side an 8-7 victory.

The second match of the day got off to a flying start with both sides on the board inside eight minutes.

Spain took an early lead through the boot of Patricia Garcia but Ireland hit straight back as a looping pass out wide found Parsons.

The wing didn’t have much space to work with but showed an electric turn of pace from the 19-year-old, who scored twice against Wales in the 2021 Women’s Six Nations, was enough to see her dot down for the first score of the game. 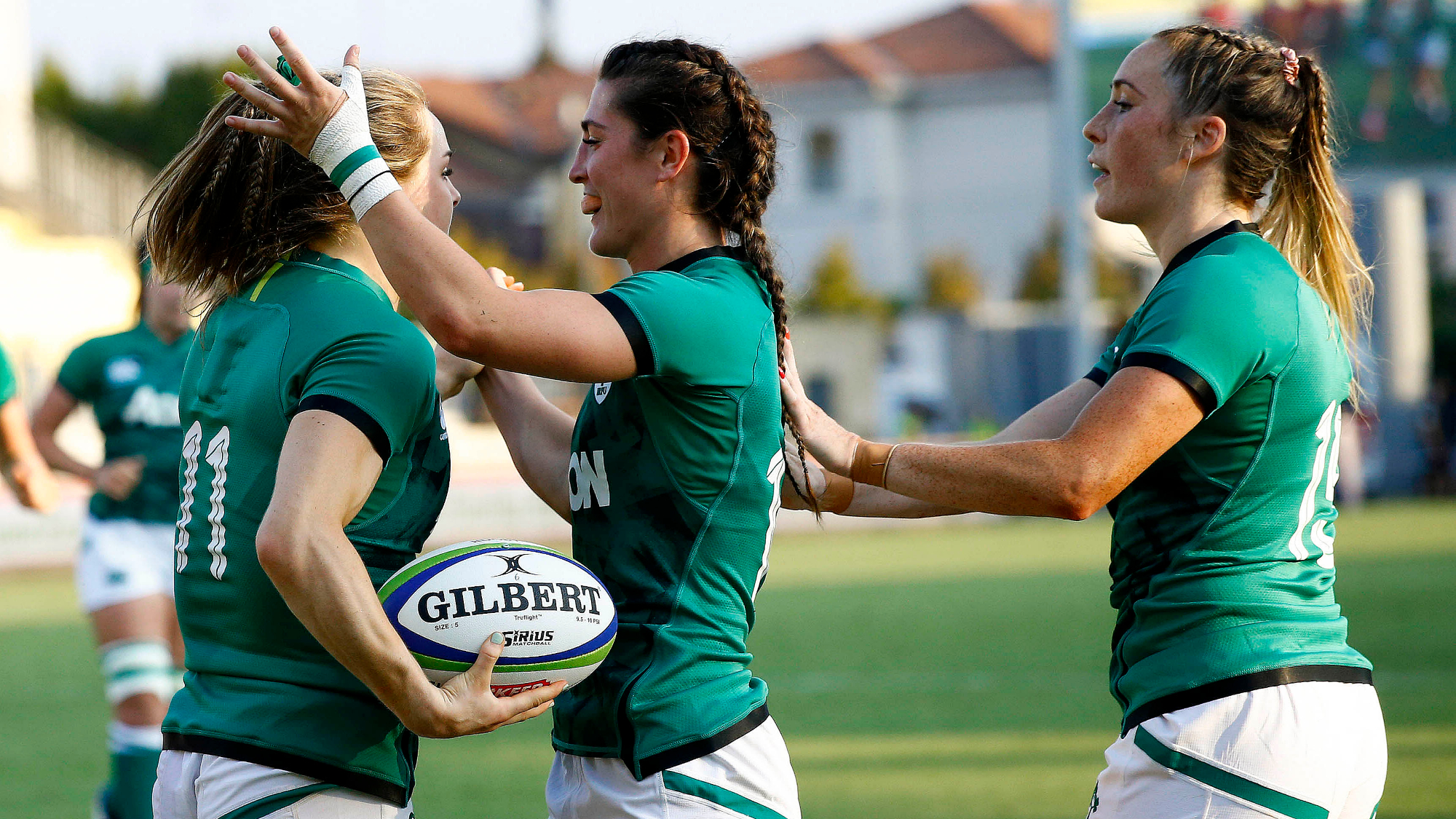 Ireland opted to send kickable penalties to the corner as the first half wore on but could not stretch their lead, with determined Spanish defence keeping the green shirts at bay.

A crucial tackle from Amee-Leigh Murphy Crowe stopped Maria Garcia in her tracks when Spain applied pressure of their own before Ireland came close again before the break, with Cliodhna Moloney held up over the line following a tap and go.

Murphy Crowe thought she’d scored her side’s second try two minutes into the second half having found a neat line to latch on to Stacey Flood’s pop pass but just as Flood was lining up the conversion, the TMO noticed an earlier knock-on by Kathryn Dane and the score was ruled out.

The lead remained a slender one as repeated visits to the 22 yielded no further joy for Ireland and Monaghan’s yellow card invited Spain to attack.

They had their reward when replacement Ducher straightened up and crashed over, though the conversion sliding wide made it a one-point game with nine minutes remaining.

Ireland couldn’t muster a response and conceded a penalty just as the clock entered the red, leaving Spain to celebrate a famous victory.

Griggs’ side will look to bounce back against Italy on Saturday.