France ran in six tries as Damian Penaud and Peato Mauvaka scored two apiece in a 41-15 win over Georgia.

And in Sunday’s second game, Wales came from behind to beat 14-man Fiji 38-23 in an entertaining game at Principality Stadium.

A week from beating Argentina, Les Bleus were not always at their best but proved too strong for the Lelos as they ran out 41-15 winners.

With the scores tied at 3-3 after 20 minutes, Georgia conceded a penalty try as Beka Saghinadze joined fly-half Tedo Abzhandadze in the sin-bin.

Matthieu Jalibert went over for his first Test try soon after, the beneficiary of a Cameron Woki steal five metres from the Georgian line.

And when the visitors were back up to 15, France went in for try number three through Penaud after a nice move off the back of a five-metre scrum from Antoine Dupont and Gaël Fickou to make it 24-3 at the break.

Vasil Lobzhanidze got Georgia’s first try shortly after the break with a darting run from close range. France hit straight back through a rolling maul with Mauvaka the scorer.

But Georgia were much improved in the second half, with Akaki Tabutsadze going over in the corner for their second try.

Despite the pouring rain in Bordeaux, France finished the stronger as Penaud went over for his second in the right corner before Mauvaka went over in the same spot from a rolling maul on the final play of the game.

The visitors lost winger Eroni Sau to a red card midway through the first half, but still led well into the second period thanks to two tries from skipper Waisea Nayacalevu.

Viliame Mata set him up for the first as Fiji raced into a 10-0 lead, but Wales hit back with the first of two tries for Ryan Elias. Following another penalty from Ben Volavola to make it 13-7, Sau was sent off for a swinging arm to the head of Johnny Williams.

Towards the end of the first half, Fiji lost Albert Tuisue to the sin-bin for persistent infringements and Wales took advantage against 13 men as Kieran Hardy went over.

Their 14-13 lead did not last long in the second half, Volavola knocking over a penalty before a brilliant score finished by Waisea in the corner, converted by Volavola to make it 23-14.

In danger of being upset, Wales responded well in the final quarter with Fiji again down to 13, Eroni Mawi this time in the bin. Elias went over for his second try and then Alex Cuthbert celebrated his return to Test rugby after a four-year absence with a try in the right corner to give Wales the lead.

Fiji were running out of gas by this point, and a brilliant try from Rees-Zammit, showing his impressive speed after a chip over the top, made sure of victory before Williams went over for a final try with the clock in the red. 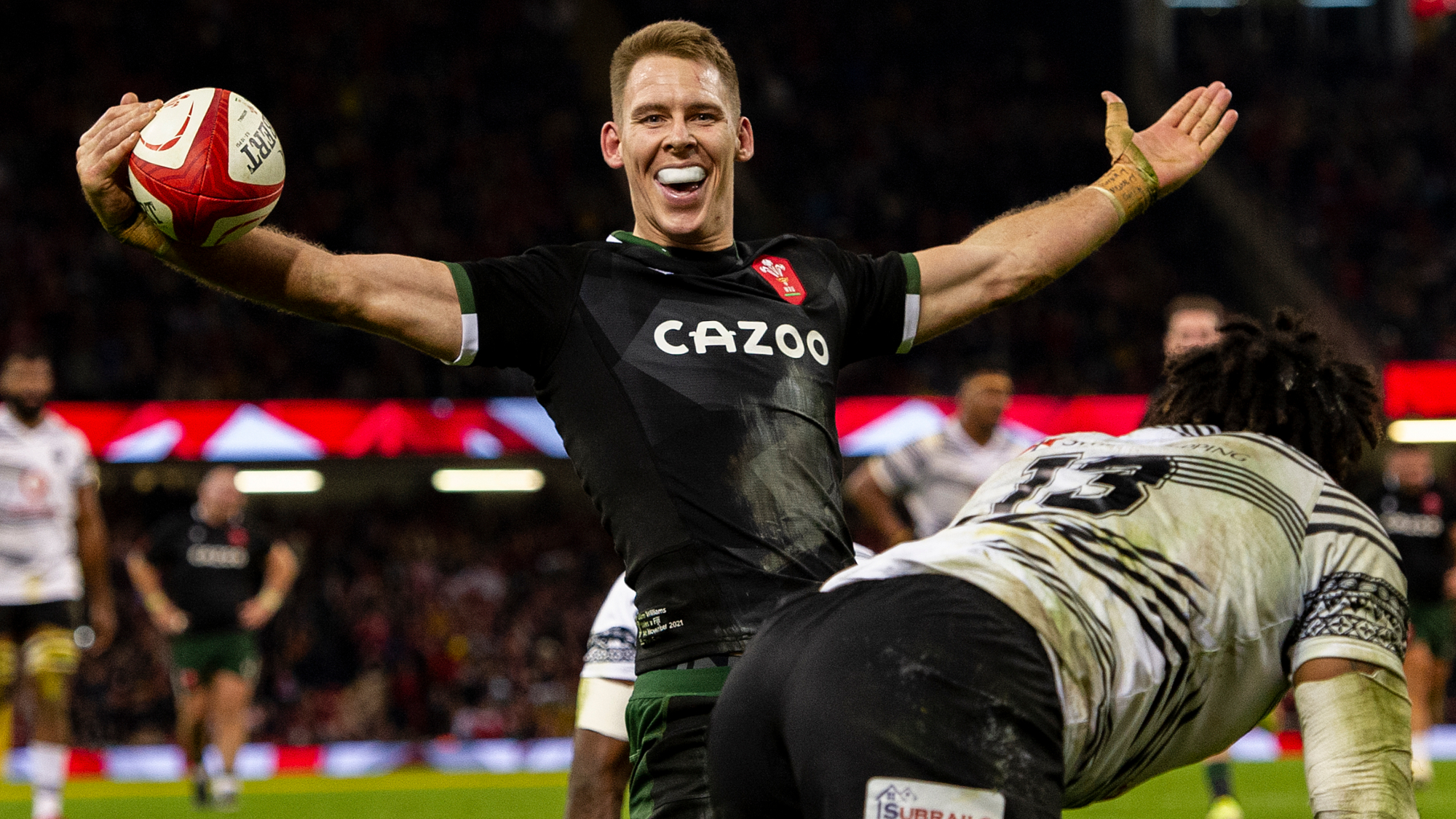 Share this article:
Previous Story Outstanding Ireland down New Zealand in Dublin
Next Story England battle back to see off Canada in style