Ireland completed a perfect Autumn Nations Series campaign in emphatic style as they ran in seven tries to register a record 53-7 victory over Argentina in Dublin.

Just over a week on from their famous win over the All Blacks, Andy Farrell’s men showed no sign of any hangover as they delivered a clinical display at the Aviva Stadium.

Even a couple of late changes was not enough to disrupt Ireland’s momentum as Tadhg Beirne and Peter O’Mahony were drafted in before kick-off for Iain Henderson and Jack Conan.

While Los Pumas got off the mark early through a well-worked Mateo Carreras try after three minutes, it was not long before the hosts struck back through Joey Carbery’s boot.

Josh van der Flier then went over the whitewash for his first try of the afternoon from a rolling maul on 11 minutes as Ireland took the lead – one they would not relinquish. 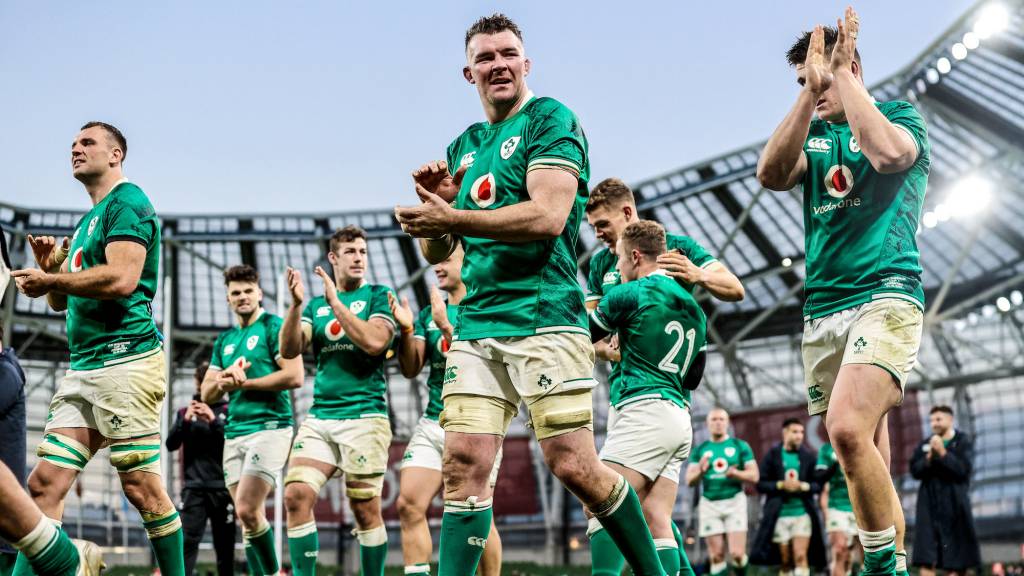 A second try arrived on 23 minutes as Andrew Porter benefited from a strong carry from Beirne, with Carbery converting once again to extend the lead to 17-7.

Emiliano Boffelli missed two penalty opportunities around the half-hour mark and Ireland made Los Pumas pay not long after as Caelan Doris powered over for the hosts’ third.

Another successful conversion from Carbery gave the men in emerald green a healthy 24-7 advantage at the break before Ireland stepped on the gas in the second half.

A Carbery penalty got the ball rolling before Van der Flier claimed his second of the afternoon, with Ireland’s forwards providing the platform for the flanker to go over from close range.

Argentina’s afternoon went from bad to worse on 60 minutes when Tomas Lavanini was shown a red card and after Cian Healy had a try disallowed, Dan Sheehan dotted down on 67 minutes.

Healy finially got a try of his own six minutes later, with Ireland’s relentless pressure forcing Argentina to buckle and allow the prop to deliver the knockout blow.

Carbery added the extras once again before Beirne took the score past the 50-point mark, picking up from a metre out and powering over the chalk to cap off a superb display.

Speaking after the game, two-try scorer van der Flier said: “It was great. We did the things we wanted to do, got over the gain line, ball carrying was good. 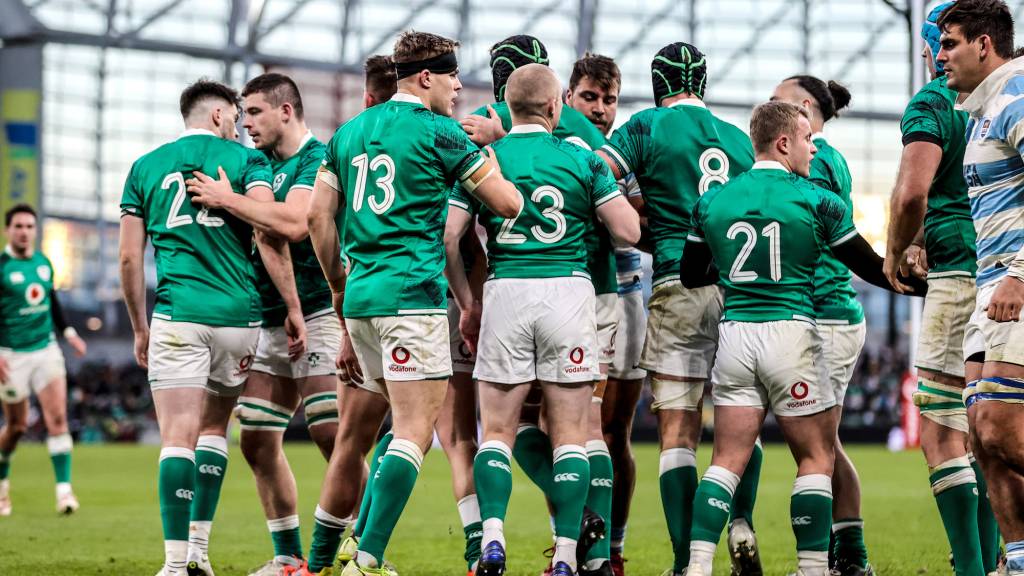 “Argentina are a good side and we knew we needed to stick with them, very physical. We knew if we fronted up that way it could be a good day for us.

“It is very pleasing, we got the basics right, the ruck was good, tackle was good, the defence has been good over the past three weeks. It is very enjoyable.”

Farrell added: ”We are delighted with the win. It is a great day for us because we grow as a group, people got their chance and did pretty well, it is pretty satisfying overall.

“That’s how we train, we make sure we’re all across our work, anyone who comes into the hotel on Friday or Saturday has to be ready to play.

“We meet and review and take the lessons learned, we watch the lads over the next couple of months and hopefully they grow as players before they come back in and we hit the ground running for our first game of the Six Nations.”