Katy Daley-Mclean capped her final appearance with a world-class performance as the Barbarians women’s team beat South Africa 60-5 in front of a record crowd for women’s rugby of 29,581.

The Barbarians dominated the first half, with USA’s Sarah Levy crossing the whitewash twice and scores from Daley-Mclean, France’s Lenaig Corson, Scotland’s Rhona Lloyd and Natasha Hunt of England.

Lindsay Peat and Simi Pam finished after half-time as did Levy to complete her hat-trick, while outgoing Ireland captain Ciara Griffin also scored on her final international appearance.

The Barbarians made a rapid start and, after winning a scrum on the five-metre line, Daley-Mclean’s cross-field kick found Levy in space on the wing to take the catch and dot down.

Daley-Mclean produced a second outstanding kick to convert the try before the game turned into an arm wrestle around the halfway line. 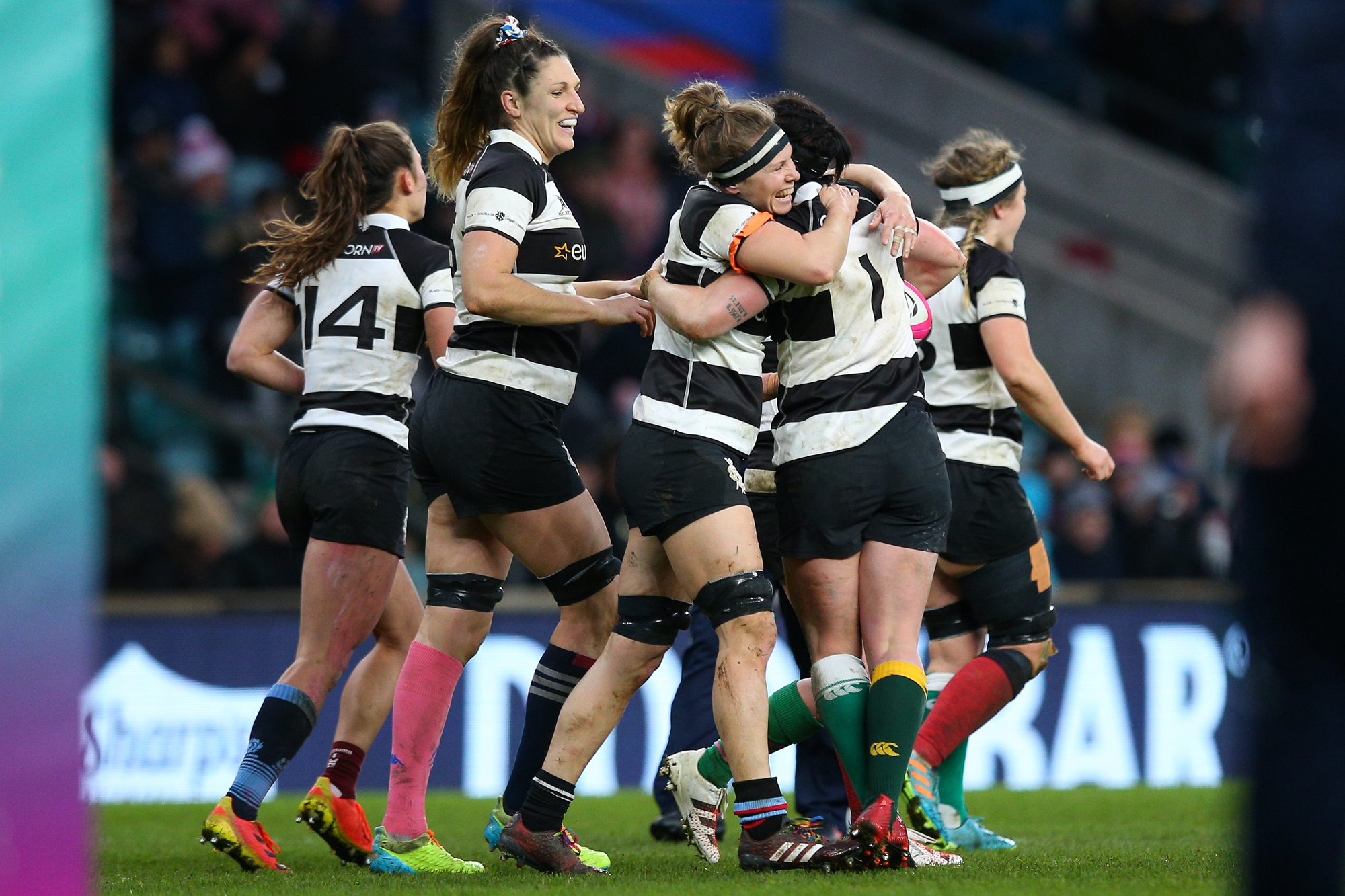 However, Daley-Mclean continued her excellent afternoon with a try of her own after stepping inside off the left wing, averting last-ditch tackles in the process to cross the whitewash.

She couldn’t convert that one, but she got another chance after Corson finished off a Hunt line break from close range, and this time her kick was good.

The Baa-Baas scored their fourth from a midfield scrum that went out wide, leading to a line break by Lloyd, and she didn’t need any help as she sensationally skipped past several South African defenders to score.

Daley-Mclean made it 26-0 inside 25 minutes, before Levy scored her second out wide and the skipper Hunt got a try of her own as she picked up a loose ball and ran it under the posts from distance.

The Springboks were much improved in the second half, but the Baa-Baas went over 10 minutes after the restart as Ireland prop Peat touched down at the back of a maul. 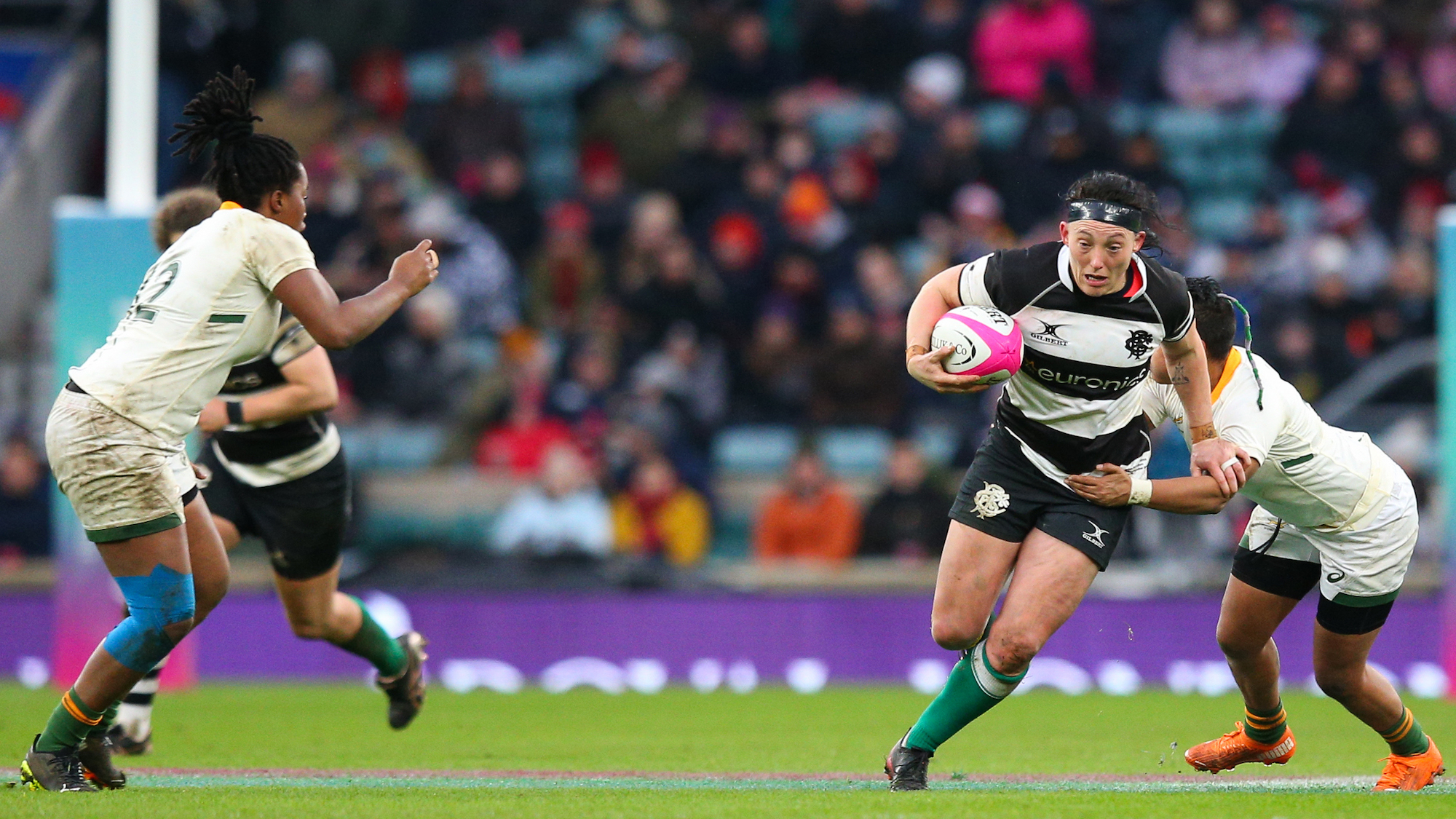 Levy wrapped up her hat-trick before Pam scored from a close range pick-and-go after coming off the bench to put her side 55-0 ahead.

South Africa could have scored with 10 minutes remaining, but England’s Katie Mason made a superb try-saving tackle on Ayanda Malinga to push her into touch.

Five minutes later, Malinga scored the best try of the game, shrugging off four defenders from 15 metres out to score.

Griffin scored the last try but, like her fellow Irish forward, she couldn’t convert as the Barbarians came away 60-5 winners.

The contest was moved forwards to an afternoon kick-off after the Barbarians men’s game against Samoa was cancelled due to six positive Covid-19 cases in the Barbarians camp.