2021 was the year in which Ireland showed they mean serious business.

Following in the footsteps of Ireland’s most successful head coach of all time was always going to be a challenge for Andy Farrell and it has certainly taken time and patience.

But after an unconvincing start to the year, which included back-to-back Championship defeats in the opening two rounds, Ireland have reeled off eight consecutive Test wins.

That run included particularly impressive wins over England and New Zealand while the men in emerald green also appear to have established a style of play that is completely in Farrell’s mould.

A team now brimming with both youth and experience, Ireland’s sensational Autumn campaign has set them up perfectly for a serious tilt at the 2022 Guinness Six Nations crown.

After a pandemic interrupted 2020 Championship – his first in charge of Ireland – Farrell went into the Guinness Six Nations earlier this year with something of a point to prove.

For many, post-Joe Schmidt Ireland were largely indistinguishable from how they played under the three-time Championship winning head coach in the early days of Farrell’s reign.

Defeats to Wales and France in the first two rounds of the 2021 Guinness Six Nations did not help matters but as the Championship went on, progress gradually started to be made. 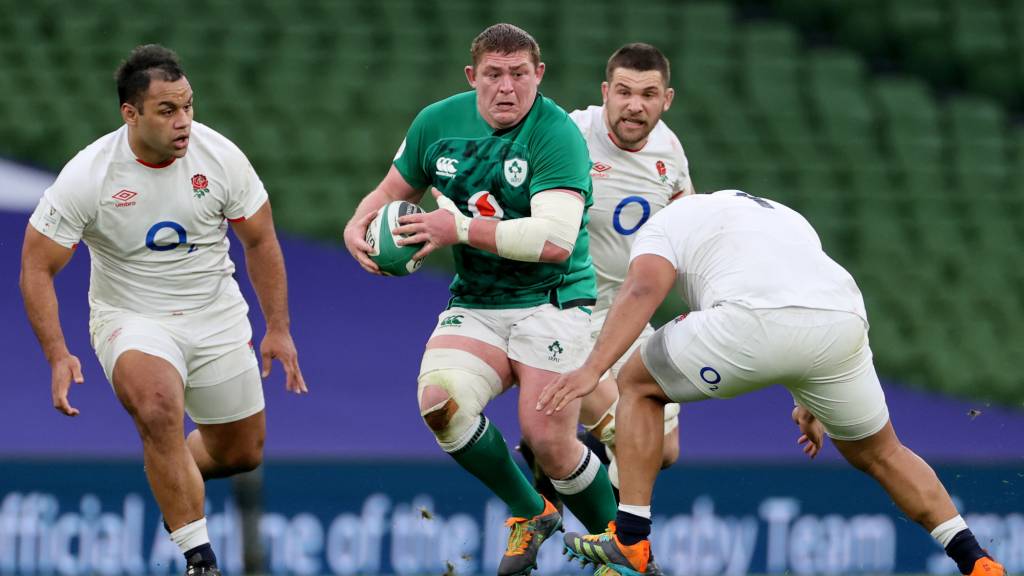 Will Connors scored a brace as Ireland got off the mark at the third attempt with a commanding 48-10 win over Italy in Rome before they overcame Scotland 27-24 in Edinburgh in Round 4.

But they saved their best performance until last, overpowering England 32-18 as Johnny Sexton’s 22-point haul secured third place in the Championship for the second year running.

A much-changed Ireland embarked on two summer Tests at the Aviva Stadium as Farrell looked to blood some fresh faces in the absence of his British & Irish Lions tourists.

Having been stunned by the Brave Blossoms in the 2019 World Cup, Ireland’s first assignment was not one to be taken lightly and they were certainly put through their paces.

The back-and-forth contest featured nine tries in total, with Chris Farrell, Stuart McCloskey and Finlay Bealham all crossing in the first half to nudge Ireland 19-17 ahead in Dublin. 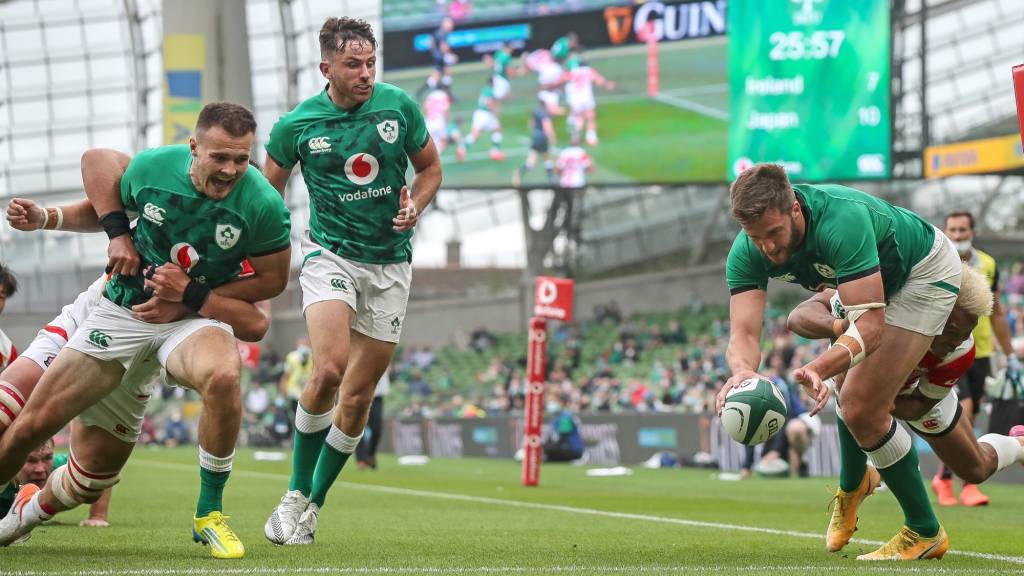 Further tries from Josh van der Flier and Jacob Stockdale, plus 14 points from Joey Carbery, sealed a 39-31 win but not before Japan crossed the whitewash four times themselves.

A dominant 71-10 win over USA a week later provided further reason for cheer, with eight debutants on show including Robert Baloucoune and Nick Timoney in the 10-try triumph.

Sexton marked his 100th cap in style against the Brave Blossoms, scoring one of nine tries as Ireland produced a scintillating display of attacking rugby to win 60-5.

Yet that was nothing compared to what Ireland delivered against the All Blacks a week later, making a huge statement with a 29-20 win in front of a raucous crowd of 51,000 in Dublin. 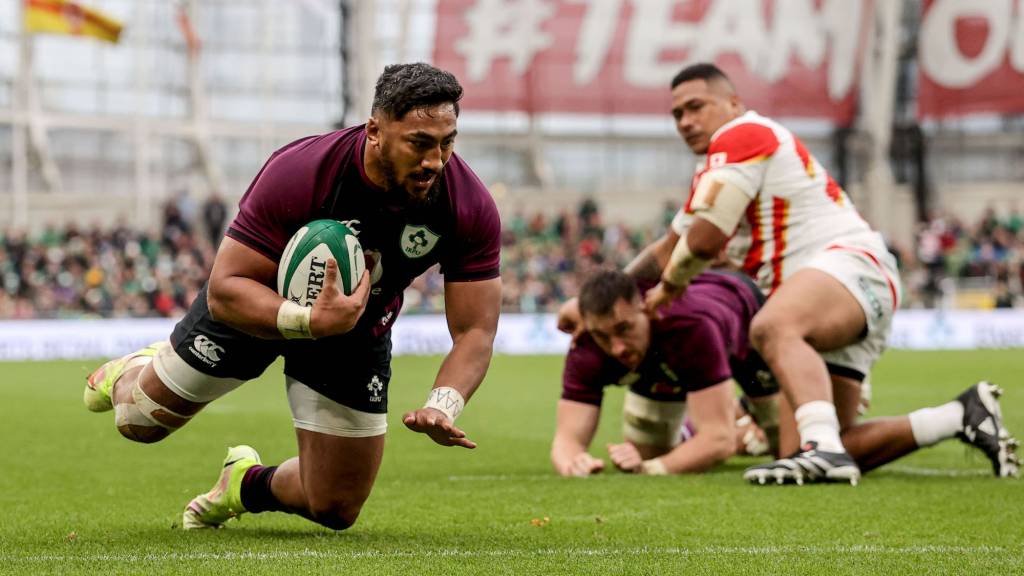 James Lowe and Caelan Doris, in particular, were sensational as Farrell’s side outplayed New Zealand, securing only their third ever win over the All Blacks in their history.

A final weekend test against Argentina was also navigated in superb fashion, with a brace from Van der Flier contributing to a seven-try 53-7 victory to put the icing on the cake.

While Farrell was previously labelled as being conservative in his selections, he has subtly remoulded this Ireland team and handed out the 23rd new cap of his reign to Dan Sheehan.

Andrew Porter, Ronan Kelleher, Caelan Doris, Jamison Gibson-Park and Hugo Keenan have all become established players over the last two years and Ireland are better for them.

Doris was outstanding during the Autumn Nations Series, earning Player of the Match against New Zealand and going on to be crowned Player of the Series for his displays.

Lowe also had an excellent Autumn campaign after making an unsteady start on the international stage, scoring a fabulous try and contributing all over the pitch against New Zealand. 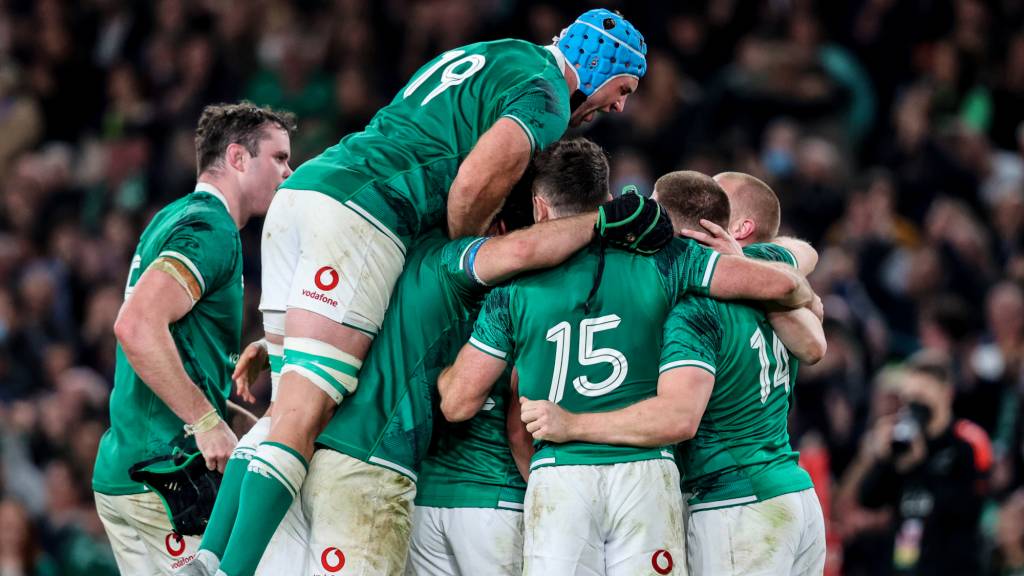 Then there’s the front row trio of Porter, Kelleher and Tadhg Furlong, who have formed a formidable partnership which looks set to be a mainstay under Farrell going forward.

And for all the talk about the dependency on Sexton and his age, the veteran fly-half has been instrumental in all of Ireland’s big wins this year and shows no signs of going anywhere.

The future appears to be bright for Ireland under Farrell, with optimism high after such a successful Autumn Nations Series – both in terms of style and results.

While there had been promising signals during his first two Championship campaigns in charge, inconsistency and a lack of identity were the overriding themes.

Nothing could be further from the truth following Ireland’s November campaign, however, playing a brand of rugby that had New Zealand gasping for air repeatedly during the 80 minutes in Dublin.

This Ireland have broadened their attacking horizons and played with a lot more speed and width while also showing the steely defensive prowess Farrell has always been renowned for.

The real test now is to see whether they can maintain it over five rounds of the Guinness Six Nations, a feat they have not managed since 2018 Grand Slam under Schmidt.

A meeting with the reigning Guinness Six Nations champions Wales on the opening weekend in Dublin could prove a perfect opportunity to lay down a marker to their rivals.

That will be followed by a tough trip to Paris to take on France before taking on Italy, England and Scotland in the final three rounds in what could be the closest title race in years.

Share this article:
Previous Story Preview – Plenty on the line in domestic leagues
Next Story Review: Domestic action to the fore across Six Nations