With the 2022 Guinness Six Nations fast approaching, many people will be predicting their winners for the Championship.

This is an already tough task with so many top sides playing each other even before you consider the beauty of Rugby’s Greatest Championship – the upset.

We have seen many shock results over the years – and no doubt we will see a few more again this year.

Here we have a look at some of the biggest upsets in Guinness Six Nations history.

As reigning world champions and Grand Slam winners the year before, England came into this match against Ireland as heavy favourites at Twickenham.

England had also made Twickenham a fortress, not losing there since the 30-16 defeat to New Zealand at the 1999 Rugby World Cup.

It was England’s first match back at Twickenham since lifting the William Webb Ellis trophy, having won their opening two matches of the Championships against Italy and Scotland.

Ireland had suffered defeat to eventual champions France in Round 1, before registering a comprehensive 36-15 victory over Wales a week later.

Matt Dawson scored the only try of the first half for the hosts, but Ronan O’Gara’s four penalties put Ireland into a 12-10 lead at half-time.

Girvan Dempsey’s try early in the second half gave Eddie O’Sullivan’s men a commanding lead and despite a late Paul Grayson penalty putting England back to within touching distance, it was not to be their day as Ireland claimed a first win at Twickenham since 1994.

France, as Grand Slam winners a year before, were very much a team at the top of their powers in 2011 – as they proved when reaching the Rugby World Cup final later that year – and were expected to win at the Stadio Flaminio in Rome.

Despite defeat to England a fortnight before this famous clash, France were also still on track for the title after defeating Scotland and Ireland.

In contrast, Italy had never got their hands on the Giuseppe Garibaldi trophy prior to this win in Rome and had come into this game off the back of defeats from Ireland, England and Wales.

France’s flying winger Vincent Clerc scored the sole try of the first half after 14 minutes as France led 8-6 at the break, with Mirco Bergamasco scoring two penalties for the Azzurri.

Morgan Parra added another penalty and scored and converted his try inside the first ten minutes of the second half, giving France a comfortable 18-6 lead.

Andrea Masi’s converted try and another Bergamasco penalty suddenly reduced the deficit to just two points, but when Parra added another penalty, it felt like it was a case of too little, too late for Italy.

Bergamasco didn’t agree however, as he scored another penalty with ten minutes to go, with France only leading 21-19, before he calmly slotted the winning penalty five minutes later to give Italy their first ever win over France in Rome.

Almost exactly two years from a famous Italian victory came another, with Ireland the victims on this occasion.

Declan Kidney’s Ireland were impressive in their win over Wales in Cardiff in the Championship opener, but then suffered two defeats to England and Scotland before drawing to France in Dublin.

Italy came into their final match of the Championship off the back of a narrow to defeat to England, having already beaten France in Round 1.

Jacques Brunel’s men had not beaten Ireland in 16 years and had never managed to beat the men in green in the Guinness Six Nations.

Italy led 9-6 at half-time courtesy of penalties from Luciano Orquera and Gonzalo Garcia, with Paddy Jackson responded with the boot for Ireland.

Giovanbattista Venditti’s try after 48 minutes put Italy into a 16-6 lead, but three Jackson penalties in ten minutes reduced the deficit to just 16-15 with 17 minutes to go.

Orquera knocked over two more penalties as Italy won multiple matches in the same Championship for the first time since their inclusion in 2000. 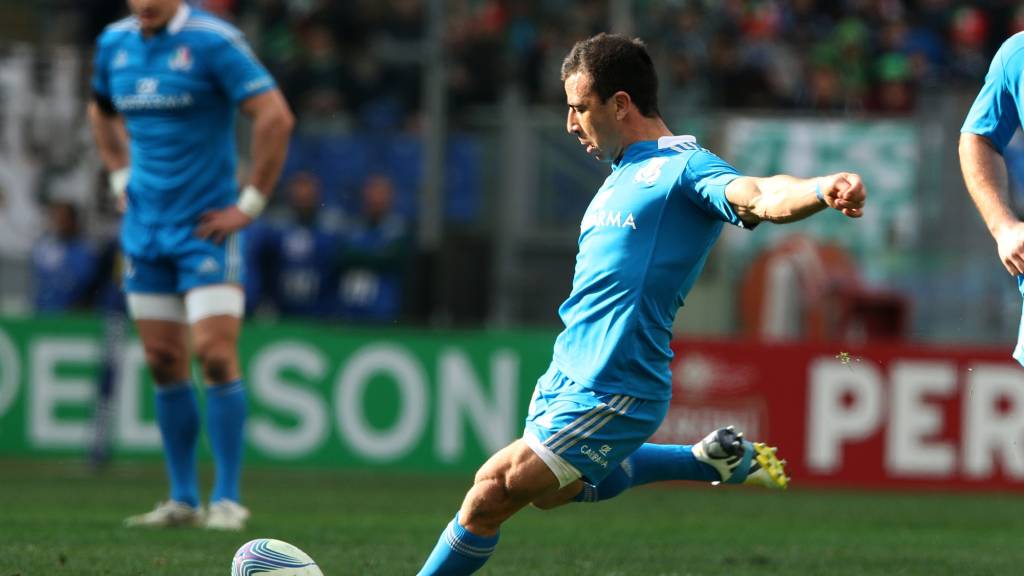 Wales had not conceded a try since their opening round defeat to Ireland, but England were yet to lose, making it a compelling game.

If England were victorious in Cardiff, then they would win their first Grand Slam title since 2003, but if Wales could muster up a comfortable win, they would take the title on points difference and retain the Six Nations following their Grand Slam triumph a year before.

It was a tense affair at a packed Principality Stadium, but Leigh Halfpenny put Wales 6-0 up with two penalties before Owen Farrell reduced the gap to 6-3 after 20 minutes. Halfpenny added another penalty to make the score 9-3 at half-time.

But the second half saw Wales storm ahead quickly in devastating fashion, with Alex Cuthbert scoring two quick tries and Dan Biggar adding a drop-goal as Wales recorded their biggest ever win over England to take the Six Nations crown in front of a delirious Cardiff crowd.

Ireland were simply unbeatable at home, they had not lost since at the Aviva Stadium in three years, had not lost to England in Dublin for six years and Joe Schmidt had never lost a home Six Nations match ever.

Add to this the fact that they had won the Grand Slam the year before and all fingers were pointing to another Ireland win in their tournament opener.

England could not have started better when Jonny May dived over in the corner after just 90 seconds, England’s first try in Dublin for eight years – when Steve Thompson scored.

Johnny Sexton scored a penalty and when Cian Healy crossed the line after 25 minutes it appeared that momentum had completely switched in Ireland’s favour.

But Elliot Daly’s try and Owen Farrell’s penalty on half-time put England into a 17-10 lead.

The second half was almost all England, and Henry Slade’s two tries handed the visitors a 32-20 win in what remains one of Eddie Jones’ most impressive wins as head coach.

Scotland began their 2021 Championship campaign with the difficult challenge of a visit to Twickenham, a ground they had not won at since 1983.

England were Guinness Six Nations champions in 2020 and World Cup finalists the year before and came in confident of retaining the Calcutta Cup after their win in Edinburgh in 2020.

And an incredible defensive performance in the second half enabled Scotland to return home with a history making win – their first Guinness Six Nations win at Twickenham.