A pair of historic away wins, a strong Championship finish and an encouraging Autumn Nations Series all helped to make 2021 a successful year for Scotland – now, in 2022, they will expect to do even better.

Gregor Townsend’s team start their preparation for the Guinness Six Nations as a side capable of beating any team on any given day. England, France and Australia all learned that the hard way last year, while only an untimely red card against Wales scuppered another standout win.

Scotland have not won the Championship in 23 years but momentum is so crucial in the Guinness Six Nations, and they could hardly start with a bigger game – England at home in the Calcutta Cup.

For Townsend and his team the fixture will bring back memories of 12 months ago when they stole the limelight at Twickenham, an 11-6 win marking their first away success in the Calcutta Cup since 1983.

Can they back it up? Only time will tell. England will surely mount a stronger challenge for the title this season but have beaten Scotland in just one of their last four Championship matches.

With the clash being one of just two games at BT Murrayfield this season, there will be a raucous atmosphere in Edinburgh and a home win would be the perfect way to start.

Round 2 brings another rivalry, as Scotland head to Cardiff to face the defending champions on their own patch. 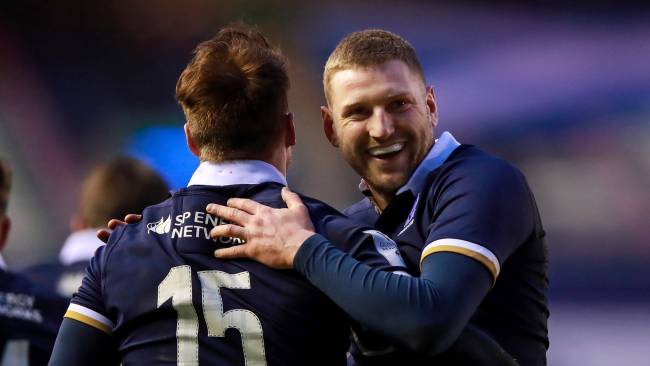 Scotland won away to Wales for the first time since 2002 on their last visit but that was a behind-closed-doors contest in Llanelli and not in front of 75,000 at Principality Stadium.

One of the standout matches of any Championship, Townsend and his team will want revenge for last season’s nail-biting 25-24 defeat that was decided by Louis Rees-Zammit’s wonder try.

The third weekend of February brings the first rest week of the Championship, a chance for Townsend and his team to take stock after a busy opening fortnight and also turn their attention to Round 3 – the visit of France.

The story of the 2021 Guinness Six Nations

Les Bleus have a score to settle after Scotland dashed their Championship hopes with a sensational win in their delayed meeting a year ago.

Duhan van der Merwe scored a late try, as Scotland left Paris with a win for the first time since 1999, and they now seek a third straight Championship victory over Fabien Galthie’s side. 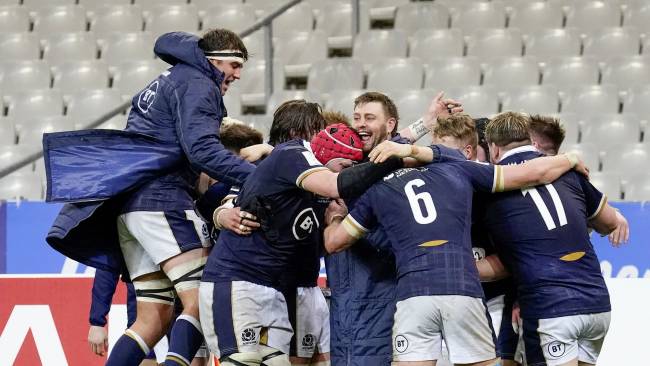 The last time they met at BT Murrayfield, the last Championship game in front of a full house, Scotland derailed another of France’s title crusades with a spirited 28-17 success.

After another rest week at the beginning of March, the end of the Championship appears in sight and Scotland finish with back-to-back away games.

The first sees them tackle Italy in Rome, where they have not lost in ten years, facing a side they have beaten in each of their last six Championship meetings.

And then, on Super Saturday, it’s across to Dublin for a showdown with Ireland at the Aviva Stadium.

2010 was Scotland’s last win in the Fair City and it’s five years since they last beat Ireland anywhere, although the Men in Green triumphed by just three points in a 27-24 thriller 12 months ago.

Share this article:
Previous Story Where are they now? France’s 2002 Grand Slam winners
Next Story Fly-halves Marin and Da Re among six uncapped players in Italy squad