It had been a long wait for Italy – 13 years since they’d joined the Six Nations and 13 attempts to register a win over Ireland had passed them by.

But finally, on a glorious day in Rome in 2013, the Azzurri achieved their goal with Giovanbattista Venditti’s try headlining a display that saw them overcome the men in green with a scintillating 22-15 triumph.

It had been a long time coming and Venditti’s score, allied with the boot of Luciano Orquera, ensured they were partying long into the night in Rome. 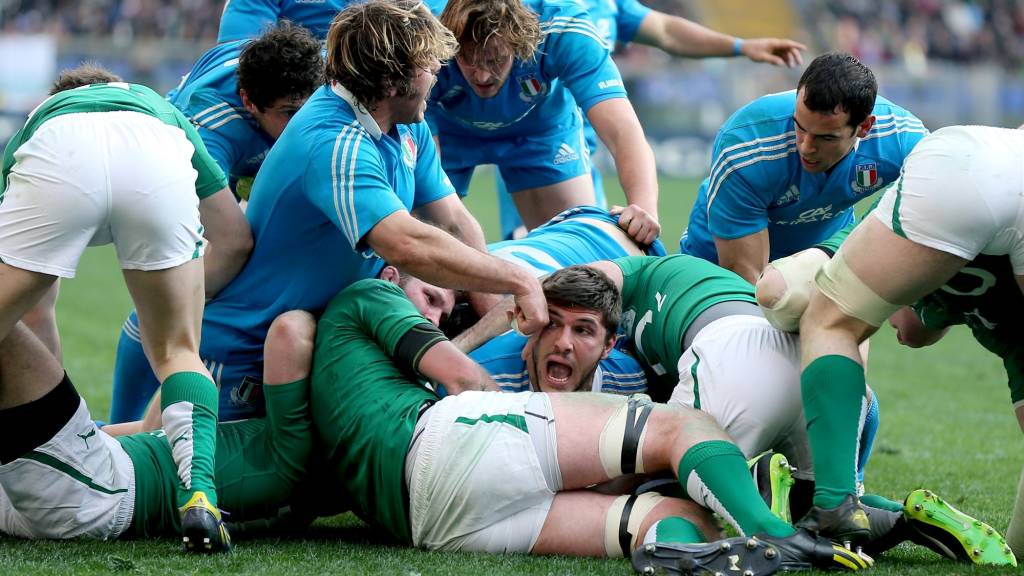 It was a victory that not only ended the Italian drought against Ireland but ensured they finished above their visitors in the final reckoning – securing fourth spot in the 2013 Championship table, having also beat France in Round 1.

Italy had experienced the taste of victory over Ireland before – in fact, after losing the countries’ first-ever meeting in 1988, the Azzurri won the next three fixtures between the sides from 1995 to 1997.

Italy’s golden generation defeated them twice on home turf and also recorded a memorable 37-29 triumph at Lansdowne Road in January 1997.

But since joining the Championship in 2000 as the Five Nations became Six, the Azzurri were yet to beat the Irishmen. 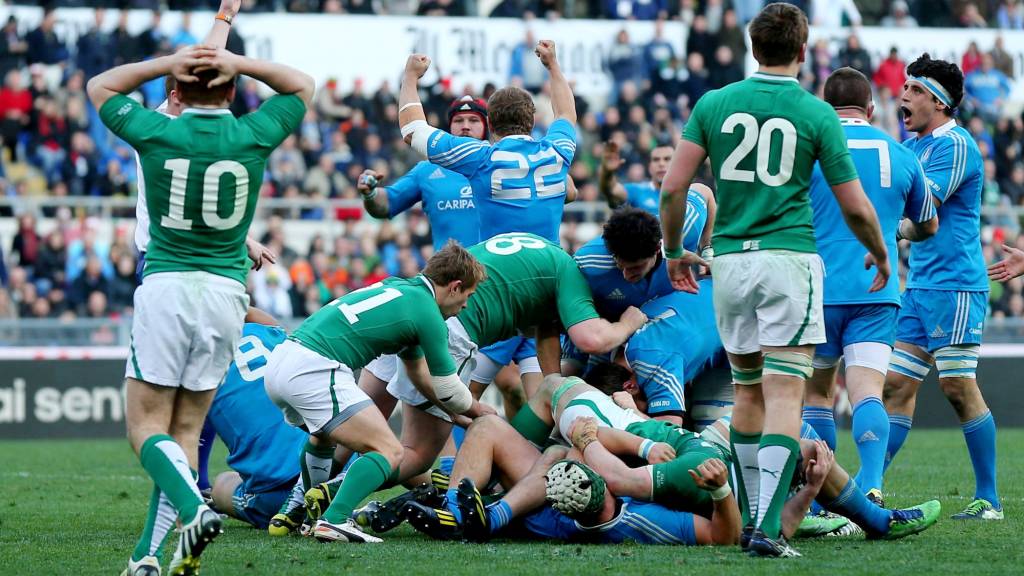 Italy had recorded an impressive home 23-18 victory over France in Round 1, as warhorses Sergio Parisse and Martin Castrogiovanni got the tries, while a narrow 18-11 defeat at Twickenham in Round 4 also suggested they were a team full of confidence.

Meanwhile, it had been a tricky Championship for Ireland, with coach Declan Kidney, who had led Ireland to a memorable Grand Slam four years prior, overseeing an opening victory in Cardiff – where a mesmerising first-half display blew away Wales en route to a 30-22 triumph – and a 13-13 draw against France, but also defeats to England and Scotland.

That meant the Azzurri fans headed to Stadio Olimpico hopeful of a first-ever Guinness Six Nations win over Ireland.

An injury-hit Ireland were without 13 players at the start of the game and although Paddy Jackson slotted an early penalty, their luck soon turned once more. 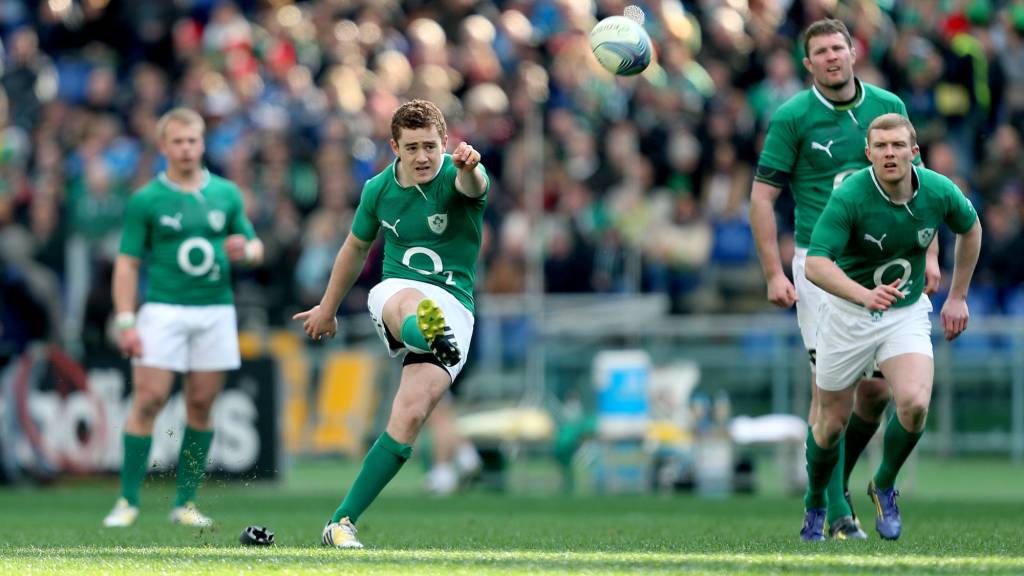 Keith Earls, Luke Marshall and Earls’ replacement Luke Fitzgerald all went off injured during the first 40 minutes, as a 21-year-old Iain Henderson came on at blindside flanker for Fitzgerald, forcing Peter O’Mahony on to the wing.

Orquera booted two penalties to give the Azzurri the lead and when the Championship’s all-time leading try scorer Brian O’Driscoll was sin-binned for a stamp on Simone Favaro at a ruck, the hosts tried to push home their advantage.

A long-range penalty from Gonzalo Garcia was all they could manage during those ten minutes and Jackson landed a second three-pointer on the stroke of half-time to narrow the deficit to 9-6 at the break.

Despite the closeness of the scoreline, Italy had been dominant – with their pack bossing the lineout and breakdown, while Parisse, Alessandro Zanni and Leonardo Ghiraldini added some powerful, physical running around the park. 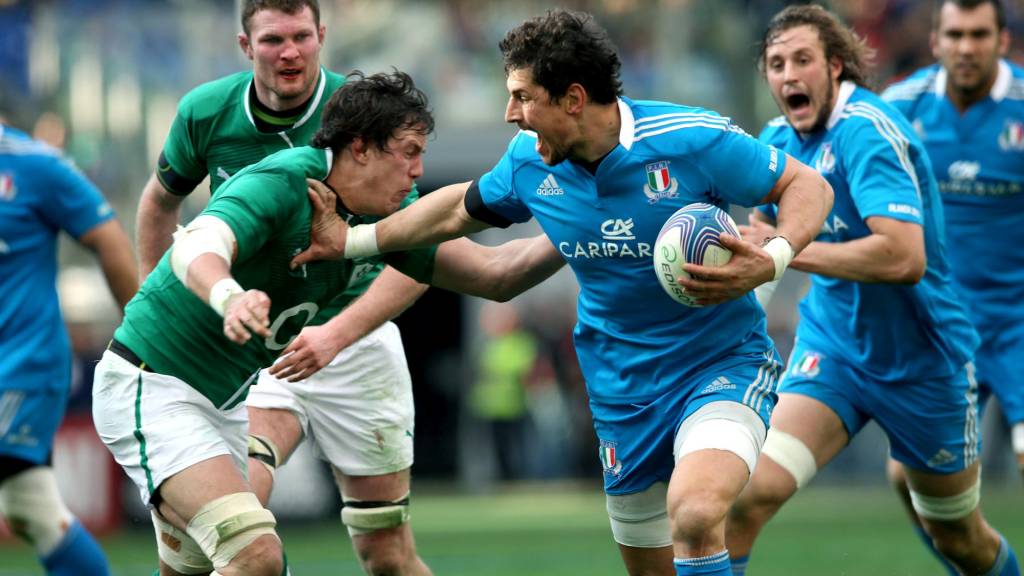 The Azzurri finally made their dominance count after the break as winger Venditti capped an impressive Championship with a close-range try, Orquera’s conversion extending the lead to 16-6.

Italian skipper Parisse seeing yellow for a trip on Ian Madigan gave Ireland a glimmer of hope, as Jackson added three more penalties to cut the gap to just one point.

But when Donnacha Ryan was sin-binned for a late tackle on 68 minutes, Orquera made no mistake with the kick and then added a fourth penalty on the stroke of full-time to complete an historic 22-15 triumph. 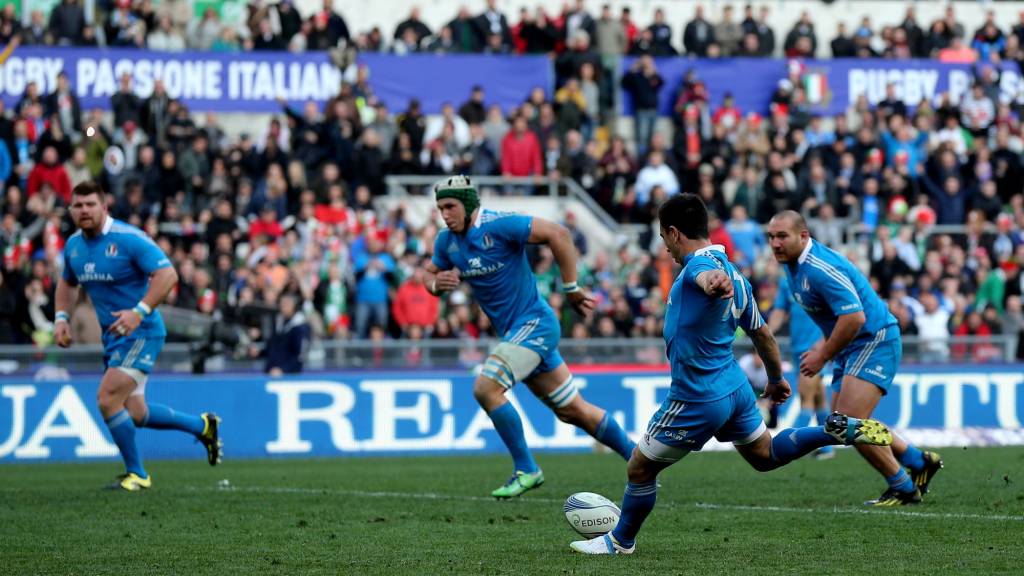 That wrapped up fourth spot in the table for the Azzurri, while results later in the day confirmed Ireland would come fifth and the match would be the final game of Kidney’s tenure in charge, with Joe Schmidt taking the reins soon after.

Italy captain Sergio Parisse: “You can’t compare this Six Nations with 2007 [when Italy also won two games] because we have secured wins against two squads with a lot of history, two of the strongest in the world.

“We’re a squad that’s improving. There were a lot of positives in this game from a psychological point of view because there was a good balance between our backs and forwards.

“In this Six Nations we have managed to put a lot of teams under pressure. We played against some great players like Brian O’Driscoll, but we have nothing to be envious of.” 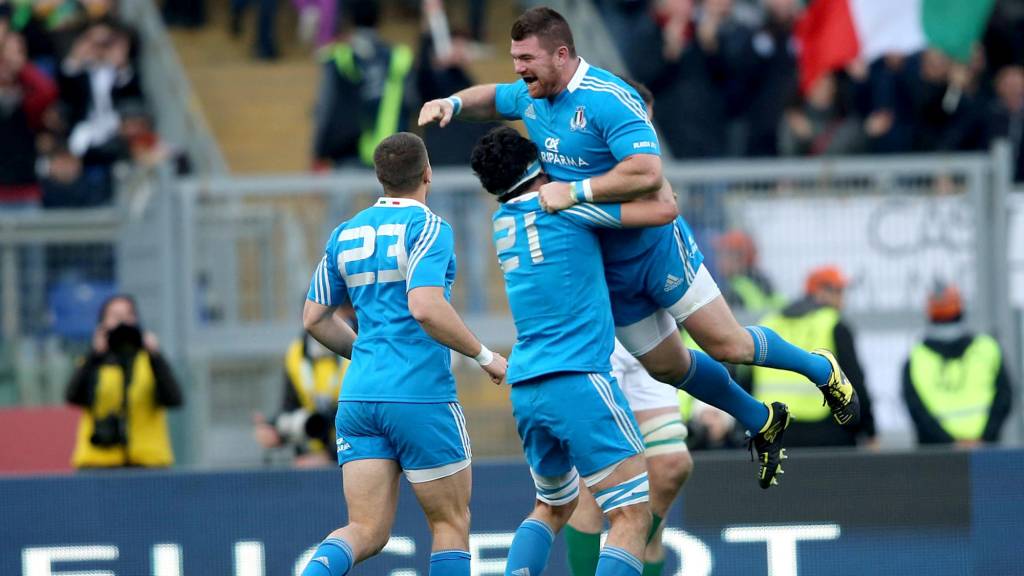 Ireland coach Declan Kidney: “I said all along that I’d concentrate on each game as it came and that’s all I’ve done. I wasn’t thinking that this could be my last match as coach, all I was concentrating on was getting the win.

“I wanted to get a result, we didn’t manage to do that and we’ll reflect on it over the coming days and weeks.

Ireland skipper Jamie Heaslip: “We gave away too many easy shots at goal and also turned over a lot of ball at the set-piece. They cut us off at source.

“The set-piece is a big launching platform for any team, so to lose that was frustrating. But we were still in it until the end, despite the injuries.”