Dan Biggar has revealed how he found out he would be Wales’ captain for the 2022 Guinness Six Nations and the one condition he had before accepting the honour.

The 32-year-old fly-half was announced as the man who will lead the defending champions in the absence of Alun Wyn Jones, who is still recovering from a shoulder injury.

Ellis Jenkins and Jonathan Davies both took the armband during the Autumn Nations Series but 95-cap Biggar was ultimately preferred by Pivac for the upcoming Championship.

Why Dan’s the man for Wales captaincy

And having received the call on Sunday night from Pivac asking him whether he was up for the job, Biggar admitted there was one thing he wanted assurances on before accepting.

“Obviously with the amount of injuries and with the great man Alun Wyn [Jones] missing it opened up an opportunity for someone to take the reins. 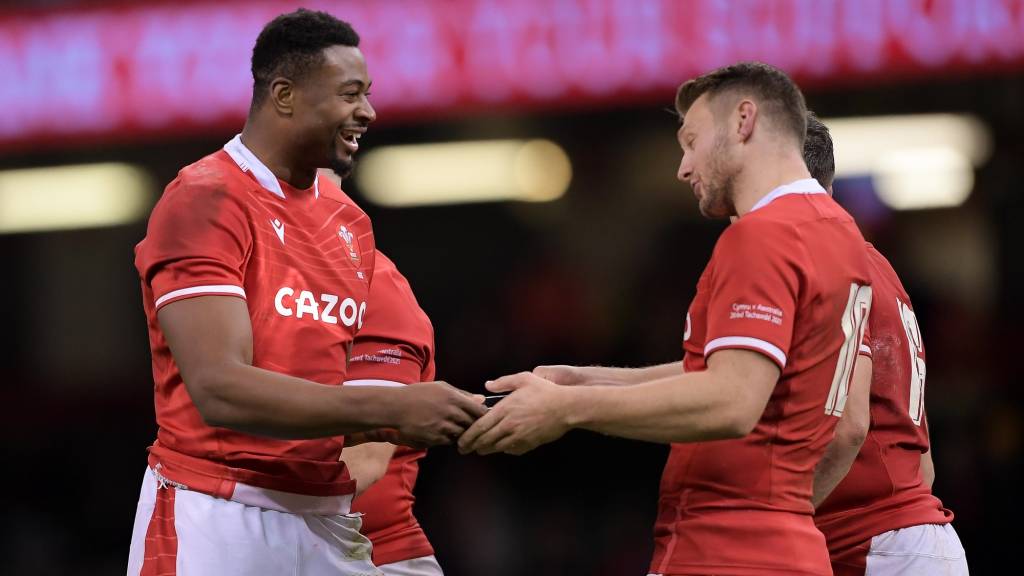 “And I’m really pleased that Wayne called me on Sunday evening and offered it to me. I’m really, really proud and I’ve tried not to think about it too much in that sense.

“The first thing I said to Wayne when I accepted it, I said I didn’t want it to change who I am as a person or a player and I think Wayne was in full agreement with that as well.

“That sort of relaxed me a little bit, I didn’t want it to become all about me or change me as a person with the lads or anything like that so I’m just really excited to get going really.

“I had a few messages from the lads taking the mick yesterday and a fair bit of stick but I’m sure we’ll get over that within the next couple of days.”

The Wales squad will meet up at the national training base in Hensol on Monday (January 24) ahead of their first game against Ireland in Dublin on February 5 (KO 2.15pm).

And with 680 caps worth of experience missing through injury, Biggar stressed the importance of making the most of the training camp to hit the ground running in the Championship.

“I think probably even more so for us as a team because of the situation we’ve had in terms of lots of boys not playing, Covid issues, injuries and things like that, new faces in the squad, it’s important we get up to speed quite quickly,” he said.

“Traditionally we’ve always been fairly slow starters in the tournament so there’s not really any room for that with an away game first and then a tough game against an improving Scotland second game up.

● Hear from your Wales Captain for the 2022 #GuinnessSixNations on getting the call from Wayne Pivac and how he’s approaching the next few weeks in camp. pic.twitter.com/Ut9Tcr7g8g

“The first week will be all about just drip-feeding information and getting the boys up to speed. The intensity in training will obviously go up for some lads so it’s just about making sure by the following week we’re in a much better place than we were when we came in on Monday.”

Another five players could also be in line to make their first Guinness Six Nations appearance, with Biggar urging them to make the most of their Championship opportunity.

“Obviously we’ve lost of experience and a lot of caps in the lads who are missing but that presents an opportunity for the younger lads or the boys in that middle tier to really step up and show leadership qualities, enthusiasm and really step up for the team,” he said.

“It’s just really exciting and I think the tournament is so special anyway, I think it will be some boys’ first taste of it and that is really exciting for us as well to be part of that.”

Share this article:
Previous Story Who are the midfield maestros for Eddie Jones’ England?
Next Story Ireland young guns to watch out for in the Guinness Six Nations