For anyone who watched Cameron Woki playing at age-group level, the question was always when, rather than if he would make it to the biggest stage.

One of the many back-rowers to come off the Massy conveyor belt, he might be the best of them all when all is said and done.

The club in the southern suburbs of Paris is in France’s third division – Nationale – but has a list of youth products that would make most club academies jealous.

Over the space of five years, Yacouba Camara, Sekou Macalou, Judicaël Cancoriet and Woki, all came through the ranks at Massy before moving on and making it into the French set-up.

Following in their footsteps is Jordan Joseph, two years Woki’s junior. While his progress has stalled a little, Joseph was named World Breakthrough Player of the Tournament as France Under-20s won their first world title in 2018.

Alongside him in the back row was Woki, scorer of a try in the final, and already showing that he had what it took to excel at senior level.

Woki really emerged in the 2017/18 season, winning the Six Nations title as well as that world crown with Les Bleuets, while also swapping the south of Paris for Bordeaux.

Joining a team renowned for playing expansive rugby but regularly missing out on the play-offs, Woki has been part of an overhaul under coach Christophe Urios.

The former Oyonnax and Castres boss had a reputation for employing a conservative style – very successfully – but adapted that in Bordeaux, leading the side to the play-offs for the first time and the summit of the Top 14 again this season.

Woki, along with fly-half Matthieu Jalibert, has been as important as any player in that rise. The flanker made his debut for the side at the end of 2017, with Jalibert making his first league start at fly-half as they came within a point of beating Toulouse on their own patch.

He made 15 starts for them as a teenager and when Fabien Galthié took charge of Les Bleus ahead of the 2020 Guinness Six Nations, it was no surprise to see Woki earn a first call-up to the senior side.

His talents were obvious. Not quite as quick as Macalou – arguably the fastest forward in international rugby – but still much faster than the average back-rower, while his lineout ability is virtually unrivalled. 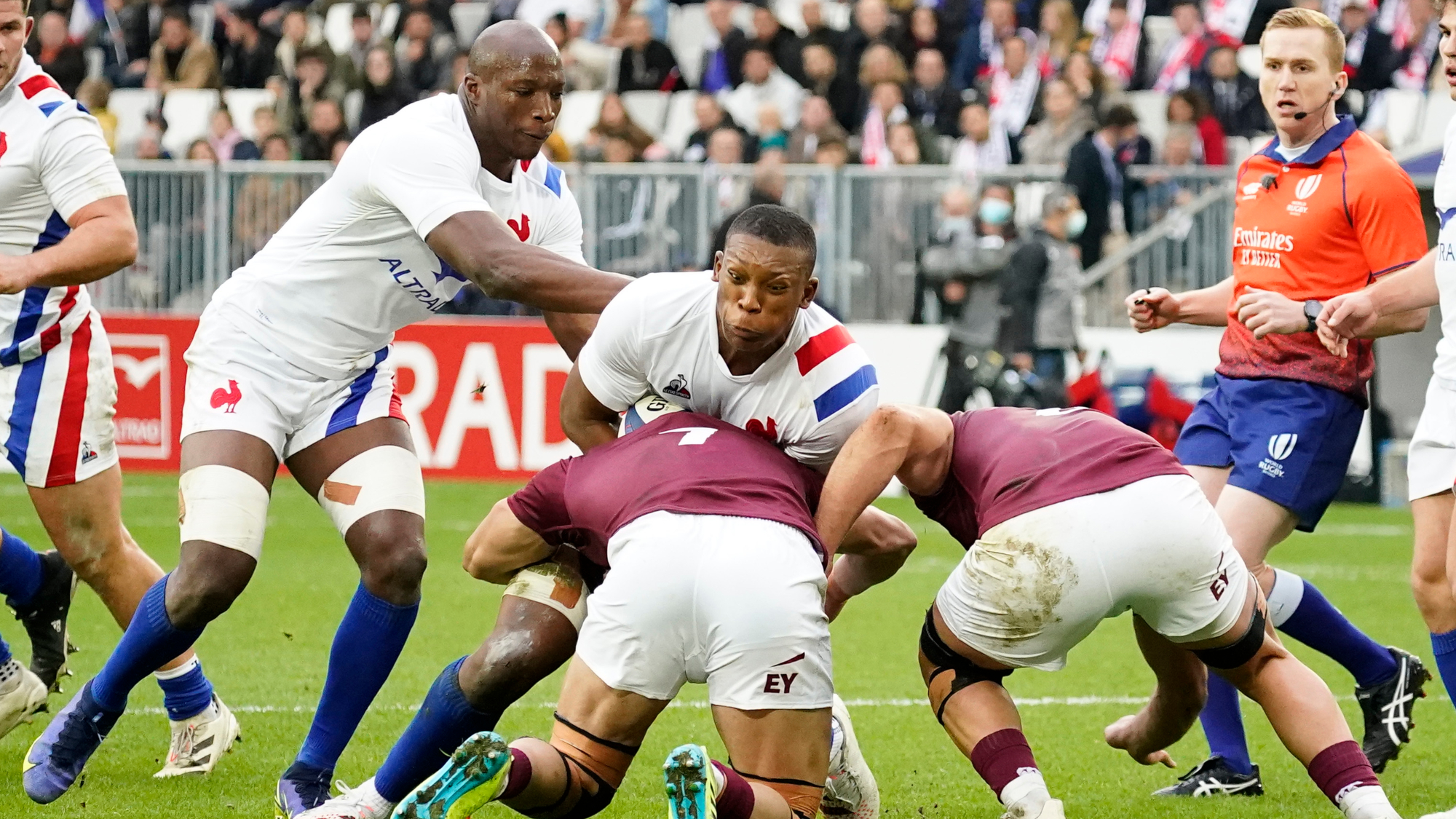 Bordeaux teammate and former Australia second row Kane Douglas explained why Woki is such a weapon at lineout time.

On the French Rugby Podcast, he explained: “He’d definitely have to be the best jumper I’ve ever seen. Maybe there are guys who can read a lineout better but he is so springy and you can just throw him.

“I’ve seen at training, the hooker has thrown the ball to the back of the lineout, Woki was at the front and he just hit it on its way there. You can throw him, he’s so light and springy with long arms.”

That lineout ability was in evidence at Twickenham in 2020 in the final of the Autumn Nations Cup. Going up against Maro Itoje and Jamie George, arguably the most reliable lineout combination of the last decade in the northern hemisphere, Woki stole two lineouts while claiming a further three French throws in a brilliant display. 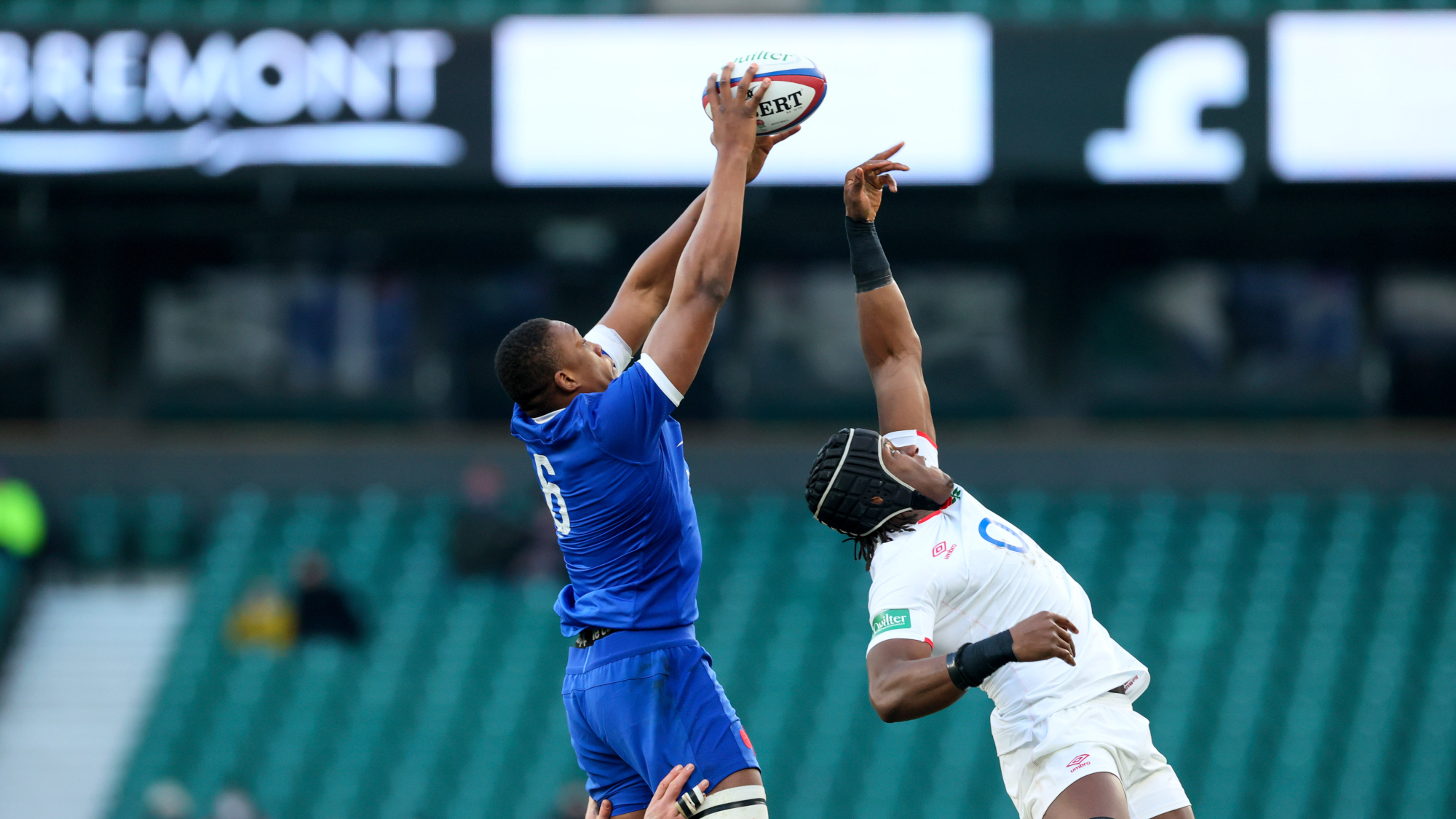 While Les Bleus lost in extra-time, it was a fine way to cap off his first year of international rugby.

Still, after making his debut off the bench against England in Galthié’s first game in charge, he had been forced to bide his team because of the competition in the French back row.

A limit on appearances in November 2020 opened the door for that Twickenham showing, while it was last summer’s tour of Australia, where France travelled without the Top 14 finalists as well as a host of other regulars, that saw Woki cement his place in the side.

Playing a leading role as France won a first Test match away to the Wallabies in 31 years and came desperately close to winning the series, his all-action displays clearly won over the coaching staff.

Cameron Woki goes over the top and SLAMS it down 😤

By November he was starting the opener against Argentina in the back row, playing all 80 minutes in a 29-20 win.

The following week, the news emerged of a switch to the second row, a position he had never previously played, and a move that raised eyebrows back at Bordeaux.

He impressed enough in victory over Georgia to keep his spot against New Zealand, producing a sensational display in the 40-25 win over the All Blacks. Crucially, despite being on the light side for a back-rower, he held up in the scrum and did not look underpowered in the tight. 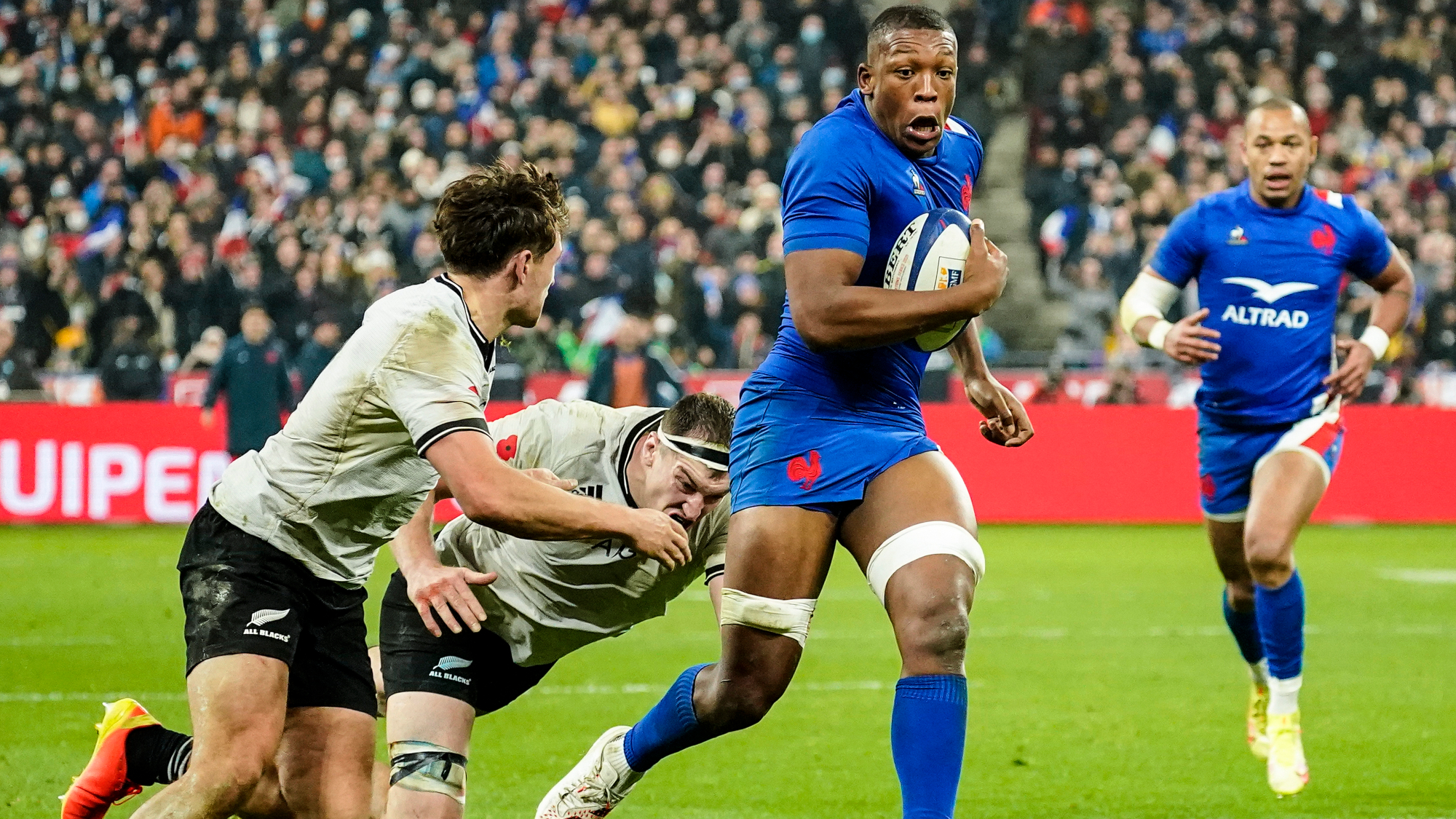 At club level, he remains a flanker, but even Urios admitted that he had been surprised by how well Woki had succeeded at lock on the international scene.

The question now is whether the 23-year-old’s long-term future lies in the second or back row.

An answer of sorts came from the fact that six specialist locks were selected in a squad of 42 for the Guinness Six Nations, with Galthié then explaining that Woki is being looked at as a flanker at this stage.

That does not mean that Woki’s days in the second row are over, either during a match or from the off. But in the 2022 Championship, he is more likely to start matches in the back row.

While skipper Charles Ollivon is injured, Toulouse pair François Cros and Anthony Jelonch, along with Grégory Alldritt, offer a great deal of competition for Woki.

But considering everything he brings to the table, both in the set-piece and open play, the question will likely be what the best combination is to fit around Woki.

Share this article:
Previous Story Ford called up by England to replace Farrell
Next Story One to watch: Freddie Steward