Gregor Townsend carried on where he left off in the Autumn by naming five uncapped players in his Scotland squad for the upcoming Guinness Six Nations.

A host of new faces were introduced to the international Test arena by the Scotland head coach, including the likes of Rufus McLean, Sione Tuipulotu and Jamie Hodgson.

And while the recalls for Magnus Bradbury, WP Nel and Jonny Gray for the Championship suggest Scotland mean business, there is still a place for some more newcomers.

So as preparations begin to ramp up ahead of Scotland’s much-anticipated opener against England, who are the five new players who could make their debuts in Edinburgh?

Saracens back-rower Andy Christie has been rewarded for his consistency in the Premiership this season, having regularly impressed for the Men in Black during their top flight return.

The 22-year-old represented Scotland at U16 level and is eligible for Scotland via his grandparents, having also been selected for England U20s in April 2019.

A student of Harrow School sixth form, Christie made his senior debut for Saracens against Sale Sharks in November 2018 and he has continued to go from strength to strength since.

He became a regular alongside Jackson Wray and Billy Vunipola – who has mentored him along the way – in the back-row during the 2020/21 season in the Championship.

And Christie has carried that form into Saracens’ return to the Premiership, with his performances earning him a surprise call from Townsend to say he was in Scotland’s 39-man squad.

Scotland are not short of talent on the wing and Kyle Rowe presents yet more competition for the places in the back three, having starred for London Irish with his quick feet this season.

The 23-year-old showed his potential from an early age, scoring three tries across both finals as he won the Premiership and Scottish Cup double with Ayr in 2019.

He went on to be selected as part of Scotland’s Sevens squad for the 2019/20 campaign, scoring seven tries in four tournaments, before enjoying a short stint at Edinburgh.

Also capped at Scotland U19 and U20 grade, Rowe moved to London Irish ahead of the 2021/22 season and has been a sensation with the ball in hand with five tries in the league. 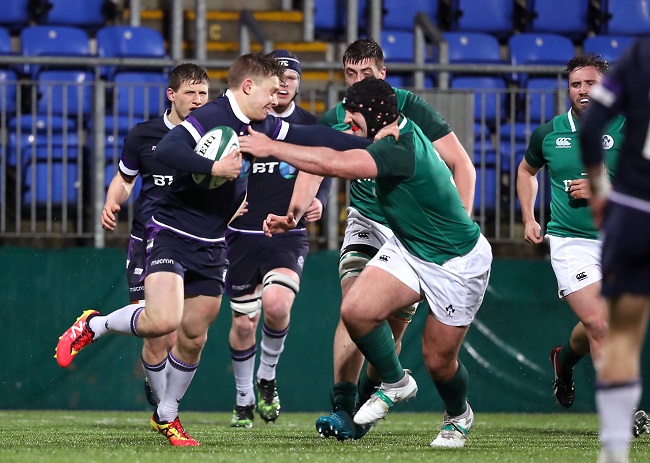 That total try haul includes his stunning hat-trick against Saracens as the Exiles recovered from 34-8 down to claim a 34-34 draw against the Men in Black at the StoneX Stadium.

Another London Irish man to be included in Townsend’s 39-man squad, scrum-half Ben White has helped the Exiles tick this season and provides back-up for Ali Price at No.9.

White departed Leicester Tigers at the end of the 2020/21 season and signed a deal with Irish ahead of the current campaign, in which he has produced a series of standout displays.

He previously played for England during the Under-20s Six Nations in 2018 while he also wore the red rose as a replacement scrum-half against the Barbarians in 2019.

But the 23-year-old has since declared for Scotland and could earn his first cap in the Calcutta Cup clash with England at BT Murrayfield in their Championship opener on February 5.

White made history when he became the youngest player to play for Leicester Tigers in the Premiership on his league debut in 2015 at the age of 17 years and 151 days.

Another player who will provide competition for Price at scrum-half along with White is Ben Vellacott, with his form for Edinburgh earning him a call-up from Townsend.

Born in Surrey, Vellacott qualifies for Scotland through his mother and represented them at age group level, playing at under-17, under-18 and under-20 level in the famous dark blue jersey. 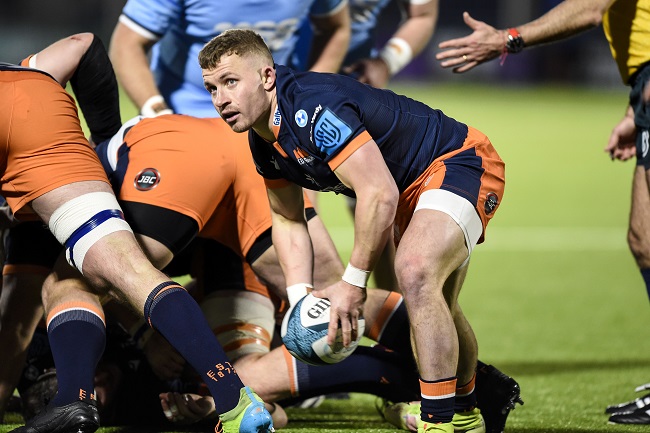 He previously has Championship experience as well having made his Scotland U20 debut off the bench against Ireland in the 2014 Under-20s Six Nations and scored his side’s only try.

Also part of the Scotland U20 squad for the Junior World Championship in 2015, he came through the Exeter Chiefs academy before spending two seasons at Gloucester Rugby.

He signed for Wasps for the 2019/20 season and while his playing time was limited by an ACL injury, Vellacott has been on fire since joining Edinburgh at the start of this season.

Perhaps the most highly-rated of Scotland’s new boys for this year’s Championship, Rory Darge has long been identified as a future star for his country on the international stage.

A product of the Scottish Rugby Academy, he made his debut for Edinburgh against Leinster in November 2020 having signed his first professional contract in July 2020.

Before penning that deal, he represented Southern Knights as well as turning out for Melrose in the Tennent’s Scottish Premiership after coming through the ranks at North Berwick RFC.

He made his Scotland U20 debut at the age of just 17, earning 13 caps at that level as well as captaining the team in the 2020 Under-20s Six Nations Championship.

Darge moved to Glasgow Warriors ahead of the 2021 Rainbow Cup before earning the Player of the Match award against Dragons in the same competition with his breakdown expertise.

Share this article:
Previous Story ‘He’ll be good for them’ – Sexton gives verdict on Biggar captaincy
Next Story May hopes to be back for Championship run-in