The 2022 Guinness Six Nations is almost here, and the official launch provided plenty of intriguing nuggets from across the six teams as to how the Championship is shaping up.

Head coaches and captains or vice-captains gathered virtually to offer glimpse into the inner workings of all six teams, as they faced the world’s press on Wednesday.

Here’s what we learned from a busy day.

Scotland host England on the opening weekend of the Championship, with Marcus Smith expected to start at No.10 for the visitors – and Hogg admits he’s in awe of the young playmaker.

Smith played for Harlequins against Hogg’s Exeter Chiefs earlier this month, with Quins triumphing 14-12 on the day, and the Scotland full-back was mesmerised by the young fly-half.

“He was putting me left, right and Chelsea, so I didn’t know where I was going! He’s a quality player and no doubt he’ll have a big impact on how England do in this campaign.”

2. A budding bromance between Biggar and Sexton?

There appears to be a budding bromance between Dan Biggar and Johnny Sexton – who face off in Round 1 in Dublin – with Sexton saying earlier this week that he thought Biggar was a good appointment as Wales captain, before jokingly adding that referees should watch out.

The frivolities continued on the main stage at the launch with both men jovially acknowledging their habit of getting in the officials’ ear on the pitch.

“The respect for Johnny has been there from day one. The way he came into the Ireland and Leinster team and the success he’s had with both it’s very difficult not to respect him – even if you don’t like him,” smiled Biggar.

“But, from my end, I got on really, really well with him on the 2017 Lions and I’ve just kept in touch with him every now and again on milestones, achievements and bits and pieces like that.”

Eddie Jones will oversee his seventh Championship in charge without his captain after Owen Farrell was ruled out with an ankle injury.

The 30-year-old hurt his ankle in training with Saracens last week and underwent surgery on Wednesday, with an estimated recovery time of eight to ten weeks.

The question now is around who will captain the side. Courtney Lawes deputised for Farrell in the Autumn Nations Series, leading England to victory over South Africa in his first game in charge.

He is currently not with the squad through injury though, so it is Tom Curry who filled in on media duties at the launch – a potential sign he could have a bigger role to play in the leadership group?

England are not lacking for options when it comes to replacing the injured Farrell and Jones admits he is considering switching Henry Slade to inside centre to dovetail with Smith.

Slade traditionally plays at outside centre but Jones admits he could move across one to support Smith in his first Championship campaign.

5. A dramatic AWJ return on the cards?

“Never say never,” added Pivac on Jones’s potential return. “I probably wouldn’t enter into the conversation if it was anyone else to be quite honest but the guy has broken so many records. I honestly say that I would never say never but it’ll be a long shot, let’s just say that.”

And while Dan Biggar, who will lead Wales in Jones’s absence, admitted it was unlikely, he knows better than to write off his international colleague. Biggar added: “If there is anybody who has got a chance of being fit for some part of this tournament, then Al is probably the man. I wouldn’t rule it out just yet.”

6. Garbisi ready to take the next step

Over the past two years, Paolo Garbisi has established himself among the best fly-halves in Europe, and head coach Kieran Crowley believes his move to Montpellier last summer has only helped that development. 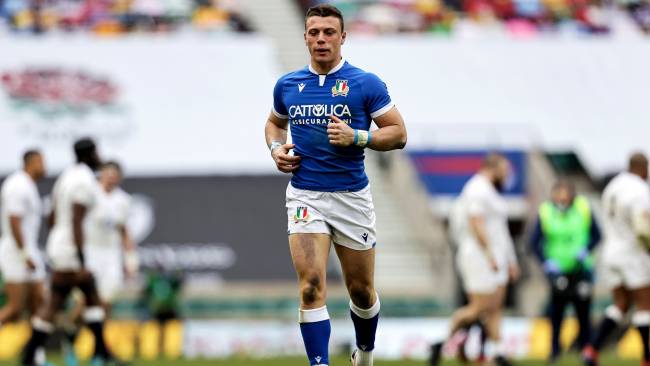 The 21-year-old has overtaken Handre Pollard in the pecking order at the Top 14 side with Crowley likening him to Sergio Parisse in becoming first choice at such a young age in France.

Two years into his international career, Garbisi has already shown that he can thrive at the highest level for the Azzurri.

Crowley said: “On Paolo, I think it was great that he’s gone to Montpellier. It’s given him a different culture and way to play the game. The way Montpellier play is different to the way he used to play in Benetton. Montpellier have a no-risk policy, if you watch their games, they have a massive forward pack, they kick a lot for territory.

“So he has progressed and learned to play the game in a different way. His challenge, because he’s still only a young man, will be to adapt to different styles of play. We will play different to how Benetton played and how Montpellier play.”

Ireland have won their last eight Test matches but head coach Andy Farrell won’t be resting on his laurels and says they must take the next step if they are to compete for the Championship.

Despite the fact that his team have not lost since Round 2 of the 2021 Championship, with wins over England, Scotland and New Zealand on that winning run, Farrell has urged his side that they need to be brave if they are to maintain that streak.

“We will see if we have the courage to kick on and get better because that is what is going to be needed,” he said.

“We want to be living on the edge of where we are at and keep pushing the boundaries to get better. If we have a single focus then, as the saying goes, the scores will take care of themselves.

“We will find a lot out about ourselves. The Guinness Six Nations always takes its own course and it is unpredictable but it is the place you want to be.

“Having the champions at home in our first game is an exciting challenge and then going to Twickenham and Paris is great. We want it to be as tough it can be.”

2021 was a big year for Antoine Dupont, named World Men’s Player of the Year as well as captaining France to victory over New Zealand in the Autumn Nations Cup.

While injury has kept him sidelined for the last month or so, Dupont’s star continues to rise, including becoming the cover star for GQ magazine that was revealed this week.

And while some might have seen it as an opportunity to poke fun at a teammate for what was certainly a change of scenery, his vice-captain Gaël Fickou resisted the temptation.

He said: “Everything suits him. It’s true that it’s a unique look and it’s funny to see him dressed like that. But as long as he’s enjoying himself, that’s the most important thing. He’s a good-looking guy and everything suits him so it’s great.” 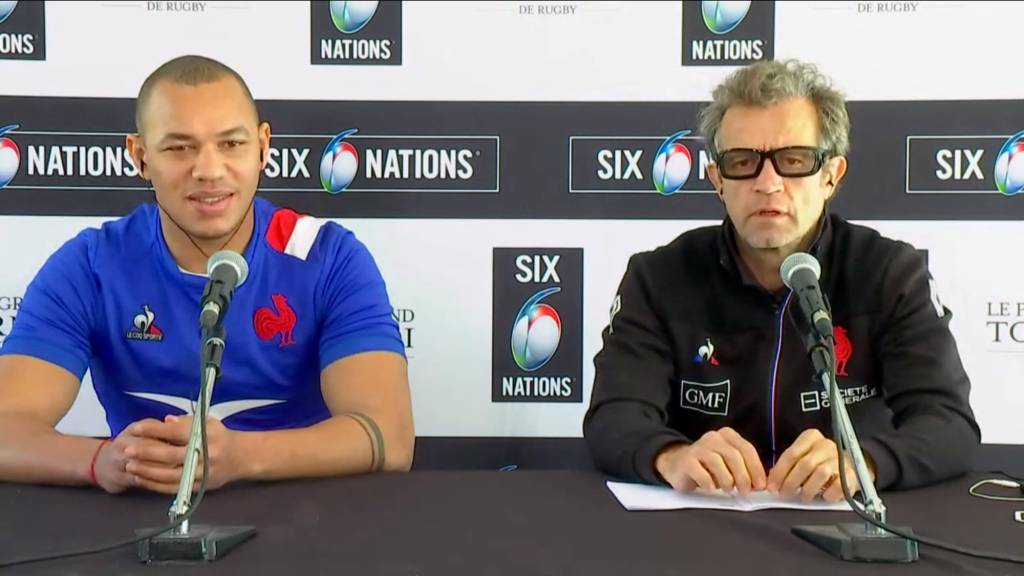 The start of a new Guinness Six Nations brings enough anticipation on its own but throw in a Calcutta Cup clash in Round 1 and excitement reaches fever pitch – with Gregor Townsend happy to admit the fixture brings some added spice.

“We know this is the biggest game we face, such an historic game,” said the Scotland head coach. “We play for an historic trophy and it’s 151 years old now this fixture. Having it first up adds a buzz around the Guinness Six Nations.”

10. Carbery fit and raring to go

Ireland fly-half Joey Carbery was a surprise inclusion in Andy Farrell’s squad after he picked up an elbow injury before Christmas.

But Farrell insists the Munster ace had fully recovered and is available for his first Championship campaign in three years.

“Joey is as fit as a fiddle. He has kept himself fit and has now been cleared for contact training.”

Italy might be a young team trending in the right direction but captain Michele Lamaro believes Sergio Parisse could still make a major difference, even at 38.

Parisse has not played for Italy since the 2019 World Cup and was left out of Italy’s initial squad, with head coach Kieran Crowley suggesting he needs some more minutes with club side Toulon before a potential call-up later in the Championship.

And Lamaro says he would love to learn from the Italian legend, both on and off the field.

“He will be a big inspiration for all of us. He will give us a real hand out on the field but then obviously show some magic on the pitch as well,” he said.

“He’s been probably the most talented player that has ever been played for Italy, so I really think he could give us a real help on the field with his technical precision. And in general he could give me a hand to manage the group and maybe to show a little bit of his charisma.”

12. Hope of a return for Dupont and others

France have started their preparation for the Guinness Six Nations deprived of a number of key players including captain Antoine Dupont because of Covid. 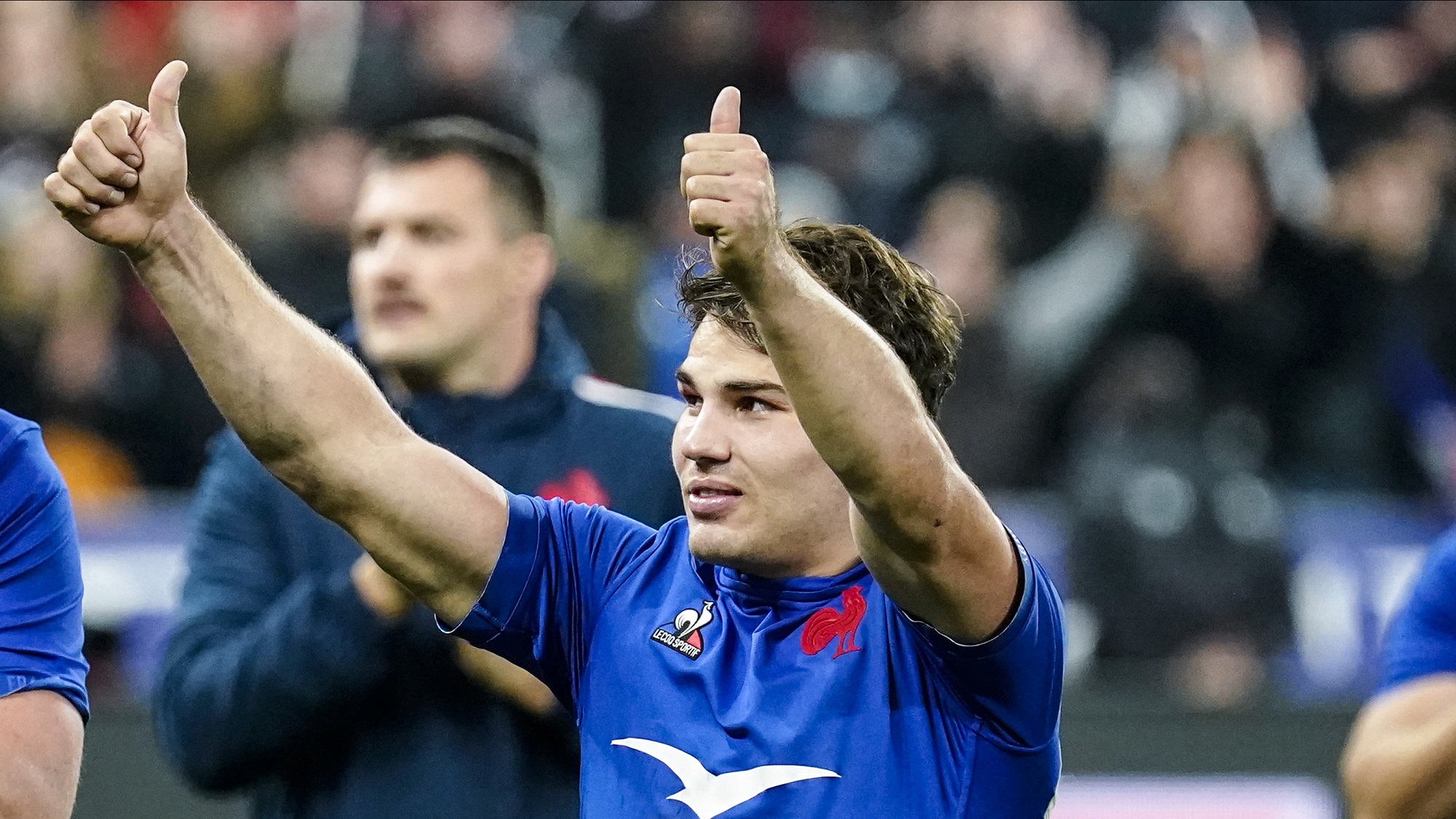 But coach Fabien Galthié gave a promising update about their chances of returning sooner rather than later.

Provided the players come through their latest round of testing and return negative results, they could join up with the squad on Sunday and be in contention for the opening game against Italy.

On Dupont, Galthié said: “I’ve spoken to him, he’s going well. He’s been back in training for two weeks but then tested positive for Covid. He has a test today and depending on the results, he could play for Toulouse this weekend. That’s up to his coach Ugo Mola to decide.”