Rugby’s Greatest Championship finally returns this weekend and supporters in Ireland will be spoilt for choice when it comes to options for how to watch the action.

As ever, viewers in the UK and Republic of Ireland are well catered for throughout the Championship and every match will be screened live in high definition.

The action begins on Saturday when Ireland, unbeaten in eight Test matches, host defending champions Wales in a rematch of their Round 1 encounter last year – won 21-16 by Wayne Pivac’s men.

In the Republic of Ireland, RTÉ 2 HD will show the match – the first in their partnership with Virgin Media Television to make all of the 2022 Championship matches to free-to-air.

Coverage begins at 1pm, while for viewers in Northern Ireland, ITV 1 HD has the match and will be on air from 1.30pm, with kick-off following at 2.15pm.

Another tasty treat follows at 4.45pm, as Scotland and England contest the Calcutta Cup at BT Murrayfield. 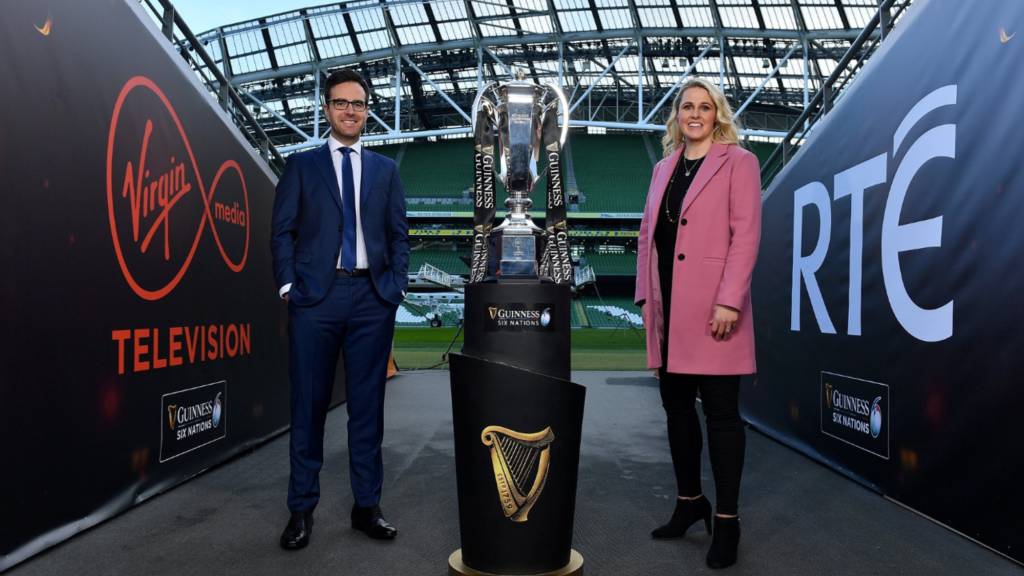 Scotland stunned England a year ago by winning at Twickenham for the first time in 38 years and will hope to secure bragging rights once more.

Then on Sunday, France and Italy meet for the Giuseppe Garibaldi Trophy at the Stade de France to round out the weekend.

ITV 1 HD is again the channel to find in Northern Ireland, while RTÉ2 HD will show the game in the Republic of Ireland – with both channels on air from 2.30pm ahead of a 3pm kick-off.

As per previous years, every match of the 2022 Guinness Six Nations will be broadcast live in the UK on BBC Radio 5 Live or 5 Live Sports Extra, with all commentaries also available on BBC Sounds and across BBC radio.

Meanwhile, in Ireland, RTÉ Radio will have audio coverage of the Championship.

Republic of Ireland: Watch live on Virgin Media One HD from 4pm, kick-off at 4.45pm.

Share this article:
Previous Story Radwan and Lynagh called into England squad
Next Story Where to Watch Round 1 of the 2022 Guinness Six Nations in England