One of the most common refrains from the recent French renaissance has been that it is good to have France back.

After a decade where Les Bleus were rarely in title contention come the latter stages of the Championship, France are now three from three in the 2022 Guinness Six Nations and looking good to claim a first title in 12 years.

Under Fabien Galthié, they have twice finished as runners-up – and both Ireland and England will still be confident that they can make it a hat-trick – but the past 12 months have seen the side take another step in its development.

Prior to the start of the 2022 Championship, Galthié spoke about this being version six of his side, and the biggest takeaway from the most recent victory, a statement success in Scotland, was the threat posed by France on turnover ball.

The ability to thrive in chaos has been a hallmark of French rugby for generations. Whether it was Serge Blanco running the ball from his own in-goal area or Thomas Castaignède tearing Wales to shreds at Wembley, France have often been at their most dangerous in their own territory. 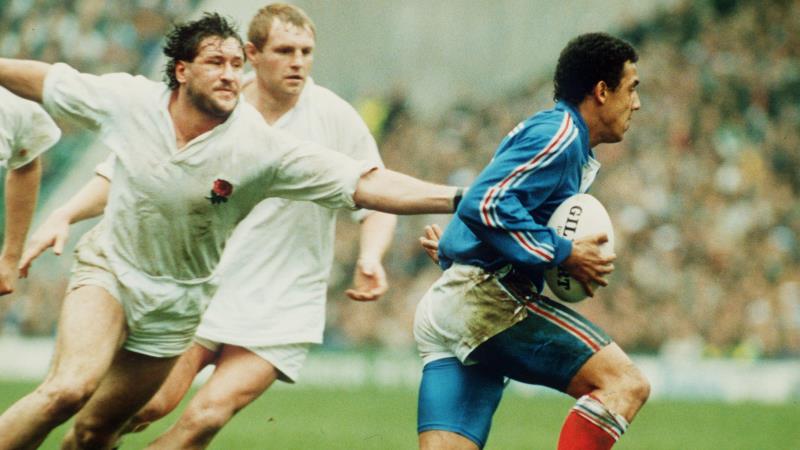 Initially under Galthié however, there was a pragmatism about the side, rarely if ever playing in their own half and under the guidance of kicking coach Vlok Cilliers, turning to the boot to play the game in opposition territory.

The kicking game has not been abandoned, in fact with 91 kicks from hand, France have kicked more than any other team in the Guinness Six Nations to date.

However there has been a shift in approach, particularly on turnover ball if the likes of Antoine Dupont or Romain Ntamack sense that the counter-attack is on.

Three of France’s six tries in the 36-17 win in Scotland – the heaviest home defeat suffered by Scotland in seven years – came from broken play. France showed that on turnover ball, they are absolutely lethal, and Galthié explained that it is a particular focus for the team.

He said: “It is something that we work on all the time in training. We want to make the most of the qualities of French rugby, particularly the ability to turn defence into attack as quickly as possible.”

Part of what makes this possible is the players at Galthié’s disposal. In Dupont he has the current World Player of the Year and the man who runs the best support lines on the planet. Dupont’s ability to read play and relentless engine to make run after run, constantly appearing on the shoulder, means that French line breaks rarely finish with an isolated runner being turned over. Think about how often you hear the phrase ‘he ran away from his support’, then try to remember the last time you heard it to describe a French attack.

TURNING BACK THE CLOCK

If you go back three years to France’s clash with Scotland in Paris, before Galthié had even joined the set-up, Romain Ntamack’s first Test try showed just how well-suited France’s players are to running these support lines.

Thomas Ramos, an instinctive attacker from full-back, broke from his own 22, beat two men before finding Damian Penaud in support. He carried on before inevitably feeding Dupont.

While the scrum-half was tackled, the ball is lightning quick for Ramos to ship on to Ntamack for the try. From inside one 22 scoring a try in two phases, three passes and 17 seconds.

All four men involved were in the matchday 23 at BT Murrayfield and only Ramos was not in the starting XV.

That score probably would not happen for France in 2022, in that situation the player covering back would be expected to kick, but it shows what the team can do.

A year later against Ireland, another Ntamack try showed how France can strike from a loose kick. This time it was Johnny Sexton putting up the Garryowen which was well collected by Anthony Bouthier.

He was able to quickly shift to Ntamack who ran to the line to draw his man before finding Fickou on the wing. From Fickou’s chip over the top, Dupont is somehow first to the ball before the blind pass inside where Ntamack is again on hand to score.

Those two tries were spectacular, but it is noticeable that on each occasion, only backs touched the ball.

That is not to say forwards were not part of the counter-attacking game plan. In 2020 no Frenchman scored more tries than skipper and back-row forward Charles Ollivon.

However in 2022, the skills of the French forwards has played a huge role in how deadly they can be from turnover ball.

Against Italy in Round 1, a powerful counter-ruck just inside the Italian half allowed Dupont to carry and make ground before No.8 Grégory Alldritt picked and attacked the scrambling defence around the maul before offloading for Gabin Villière to run in the second of three tries. This time it was a turnover, two phases, one pass, try.

A week later against Ireland, a counter-ruck in the Irish 22 allowed hooker Julien Marchand to put prop Uini Atonio away. When he was brought down, Dupont fed prop Cyril Baille for the try. Two phases, two passes and all three front-rowers touching the ball before the try.

That speed of turning defence into attack is at the heart of everything. In a recent article in Rugby World, former All Black fly-half and current Harlequins attack and backs coach Nick Evans explained that you have about 10-20 seconds on transition before the opposition defence starts to get settled. Usually that equates to a maximum of four phases before the opposition has fully reacted to losing the ball.

Against Scotland, we saw just how France pounce on those opportunities.

Paul Willemse’s opening try is slightly different and more akin to the two Ntamack tries mentioned previously. Dupont tracked back to collect a kick for territory from Finn Russell before doing what only he can as he danced past two men for the line break.

Look at the image above and you see that as well as Dupont’s break, the speed of the French players to support him is remarkable. For years, this was where New Zealand led the way, every opportunity would be taken because the numbers in support would overwhelm the opposition. Here Dupont is away, but the three forwards who touch the ball in the move, Baille, Marchand and Willemse, are all racing up in support.

With Dupont on the ball, Fickou fills in at scrum-half twice, both times having front-row forwards arriving at pace to hit the line and either recycle quickly in the case of Baille, or pass on for the try in the case of Marchand. In 21 seconds, France go from their own 22 to the try, with three phases, three passes and three front five forwards touching the ball.

As great as that try was, deservedly winning Guinness Six Nations Try of the Round, it was two second-half scores that probably give a better indication of what makes France so dangerous.

Having opened up a lead in the first half, we saw the impact of a defence transformed by Shaun Edwards. With Scotland kicking much less as they chased the game, France were able to swarm the breakdown and put on pressure.

In the first case, Ali Price found himself running out of options behind a ruck with François Cros bearing down on him. The Scotland scrum-half loses the ball and Cameron Woki immediately scoops it out to Jonathan Danty. The space is out wide so Danty quickly finds Fickou outside him.

The magic of this score comes from the centre, who pumps, steps off his right to invite Duhan van der Merwe off his wing before putting Penaud away. There was some luck with the bounce from the kick, but from turnover to Penaud took three seconds despite four players touching the ball. In all France went from their own 22 to the try in 14 seconds and one phase with three passes and a kick.

The try that might have pleased Edwards the most will have been Penaud’s first. This time Scotland were trying to run from their own half, playing into France’s hands. When the impressive Rory Darge was swallowed up, France got the ball back through Romain Taofifenua.

Again, the immediate thought is to spread the ball but it is the little things that make the big difference. Taofifenua does not just fling the ball on blindly. He carries up to the defence only passing once he has drawn in two defenders. Woki receives the pass, draws in two more before feeding Danty. The centre draws the final man and puts Penaud away where even a winger would not be able to catch him, let alone second row Grant Gilchrist. In ten seconds France go from the Scottish 10-metre line to the try in one phase and three passes.

These tries show just what makes France such a dangerous proposition on turnover ball. It does not matter if it is a forward or back, a prop, a lock or a centre. When an opportunity presents itself, every player instinctively knows where the space will be and how to manipulate it.

France’s next opponents Wales, who along with Scotland conceded the most turnovers in Round 3, will be only too aware of the threat that Galthié’s side pose in transition. How they attempt to negate it will be fascinating.