Scotland entered the 2022 Guinness Six Nations Championship with high hopes after three wins in 2021 but came away with mixed feelings from their campaign.

Gregor Townsend’s men claimed two victories – against England and Italy – but were disappointed with some of their performances despite putting on strong displays at times.

The end of the 2022 Championship leaves Scotland at a crossroads, with plenty of positives interspersing the disappointment as they head towards the summer.

TALE OF THE CHAMPIONSHIP

Scotland started their Championship with a bang, beating the Auld Enemy England 20-17 at BT Murrayfield.

It was the first time they had secured back-to-back victories in the Calcutta Cup for 38 years and looked to be a platform for a successful campaign.

A late penalty try alongside a Ben White debut try and the boot of Finn Russell was enough to secure a narrow victory over Eddie Jones’ men.

However, it was disappointment in Round 2 as Scotland could not follow up their thrilling victory, as Wales ran out 20-17 winners in Cardiff.

It was, by their own admission, a poor performance from a side that were looking to challenge at the top of the table this year.

Tomas Francis and Darcy Graham scored a try each, but it was the boot of Dan Biggar that won the day, a 70th-minute drop goal the difference between the sides.

Scotland then welcomed unbeaten France to Edinburgh as they hoped to get their Championship back on track and put in a good performance, with Rory Darge shining on debut.

The might of eventual Grand Slam Champions France was too much however, with the visitors eventually streaking ahead after a tight first half to win 36-17.

Gaël Fickou’s try just before half-time and Jonathan Danty’s immediately after the break allowed the French to pull away as they asserted their credentials as the best team in the 2022 Championship.

Gregor Townsend’s men then got back to winning ways in Rome with a 33-22 victory over Italy.

Townsend was not wholly happy with the performance against a resilient Italy side but Darcy Graham, Chris Harris, and Stuart Hogg all impressed as Scotland recorded a much-needed win.

Scotland then rounded off their Championship with defeat in Dublin, as Ireland secured the Triple Crown with a 26-5 victory at the Aviva Stadium.

It was a disappointing end to the Championship, with Pierre Schoeman getting the only score as Scotland secured a fourth-placed finish. 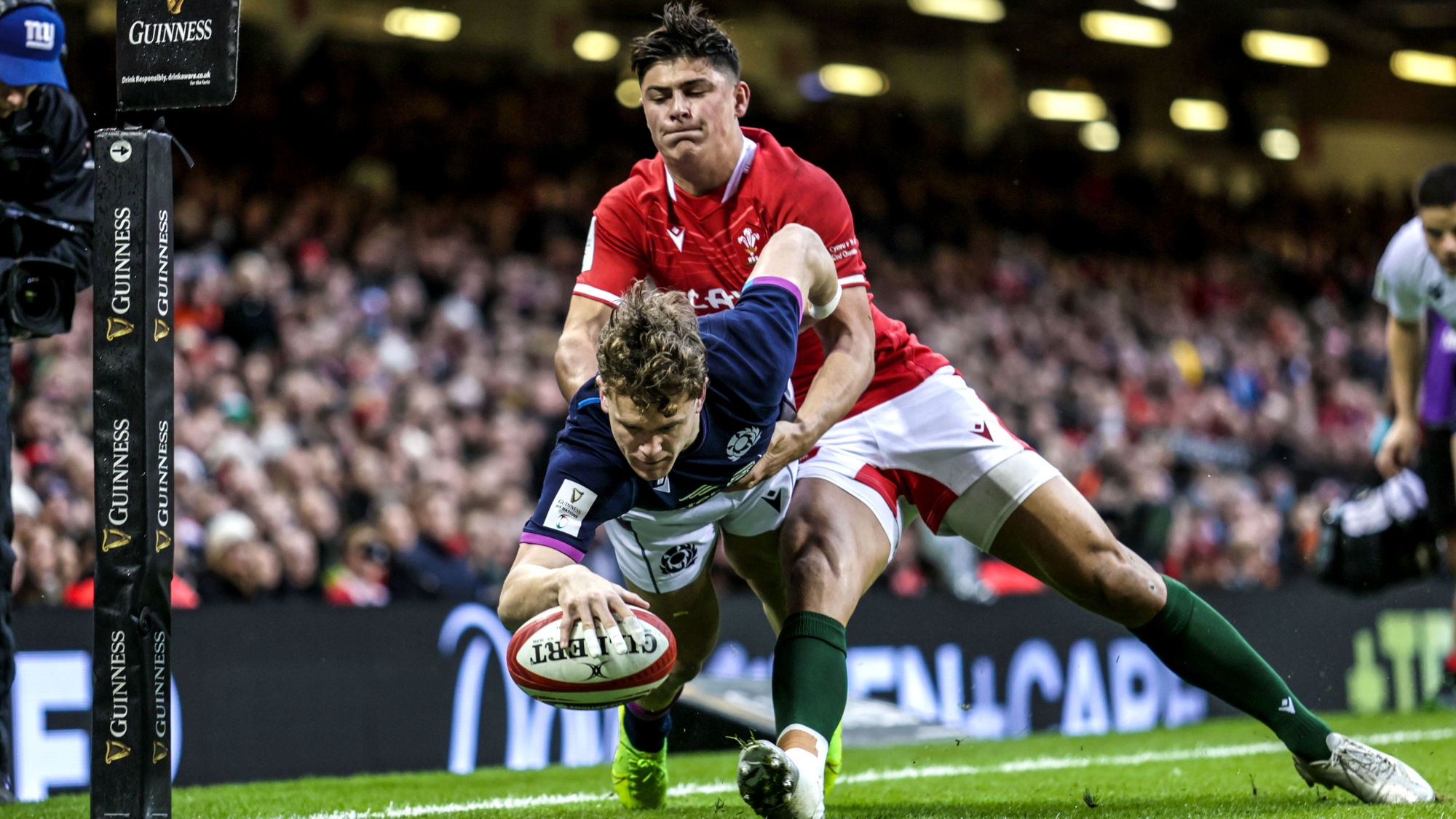 Scotland may not have performed as well as they would have wanted in all their 2022 Guinness Six Nations games but that didn’t stop individuals from shining, and none more so in a navy shirt than Darcy Graham.

The Edinburgh winger was a livewire throughout the Championship and a constant threat to opposition defences with the ball in hand.

Graham scored two tries, against Wales and Italy, as well as playing a key role in both tries in the England win, cementing himself as a key part of Gregor Townsend’s attack.

It all started so gloriously for Scotland as they won the Calcutta Cup with victory over England at Murrayfield.

They earned a well-deserved win, fighting back from a seven-point deficit heading into the final quarter.

It was an historic win for Scotland as they won back-to-back Calcutta Cup clashes for the first time since 1983-84, with now just one defeat in their last five games against England. 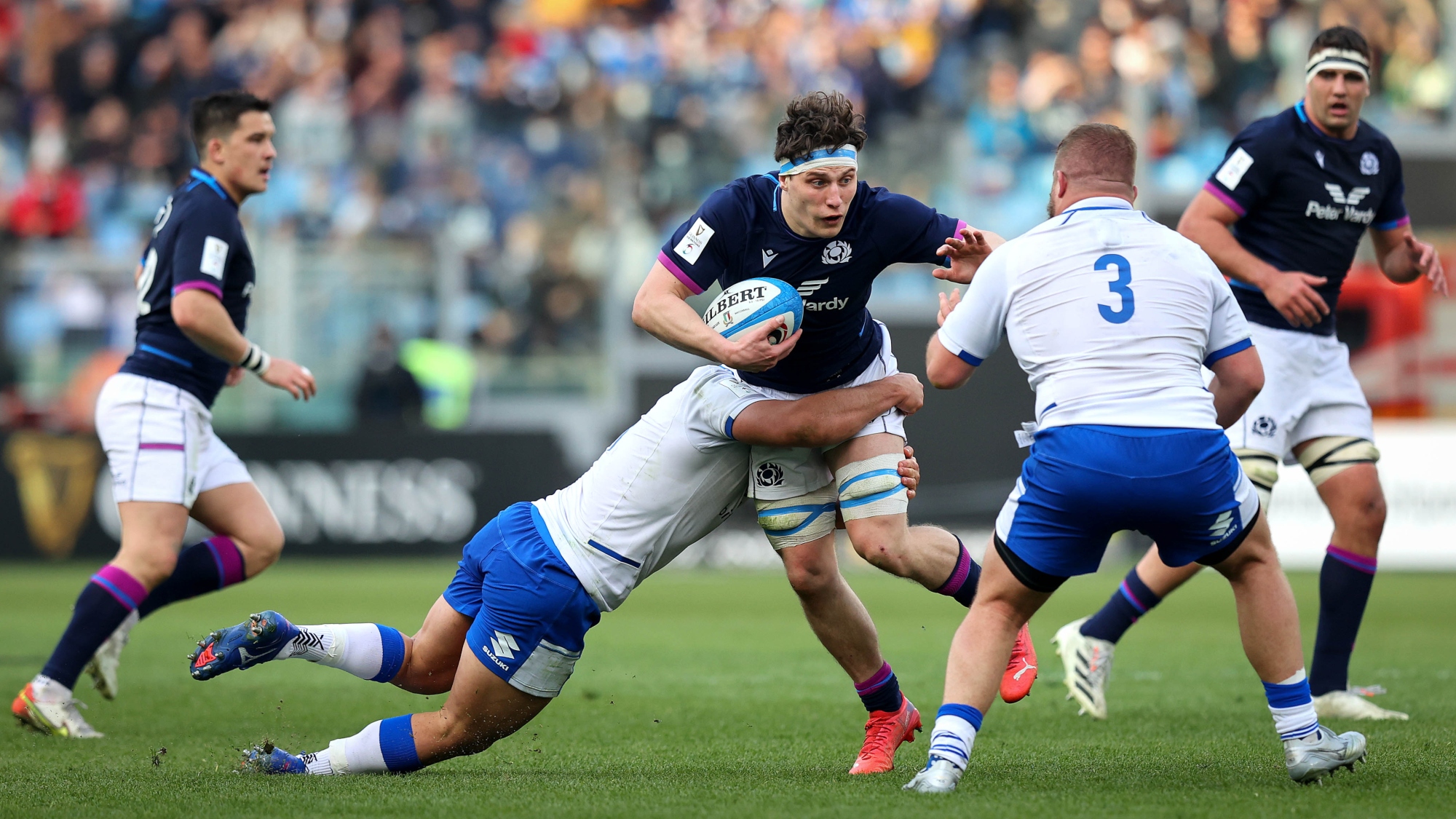 Opportunity knocked for Rory Darge after last year’s Player of the Championship Hamish Watson missed the France game with Covid.

And Glasgow Warriors flanker Darge more than took his chance with a fine performance against Grand Slam champions France in his first start.

Having come off the bench the week before, Darge looked to the manor born at Test level, with imperious work at the breakdown, and capped his first appearance with a try.

Scotland now travel to Argentina for a summer tour that will be a good test for Townsend’s men.

There were plenty of positives to take from the 2022 Championship, especially individual performances, but it will be important for Scotland to build on these in South America before the Autumn Nations Series.

There is no doubt as to the talent in this Scotland side and the rest of 2022 offers a chance to put together some performances on the pitch that reflect that before heading into a 2023 Championship in which they will play three games at home.

Where Scotland’s defence had been rock solid over previous campaigns, it dropped off in 2022, and that will be a priority for both Townsend and defence coach Steve Tandy.