Italy coach Kieran Crowley admits his team cannot afford to repeat the mistakes they made against Portugal after they edged home 38-31 in Lisbon.

The Azzurri, who came into the game off the back of their Guinness Six Nations victory over Wales in Cardiff, trailed for much of the match and only took the lead right at the death.

A penalty try clinched the win for the visitors, Italy’s sixth try of the afternoon after scores for Alessandro Fusco, Leonardo Marin, Edoardo Padovani, Gianmarco Lucchesi and Cherif Traorè.

But it was not entirely convincing, and Crowley knows his team will need to be much improved in the games to come.

He said: “Portugal played very well, they put pace on the ball and scored very good tries. In the first half, in particular, we made life difficult for ourselves. We gave up too much. In the second half, we spoke and analysed what was happening and were able to come away with the win. 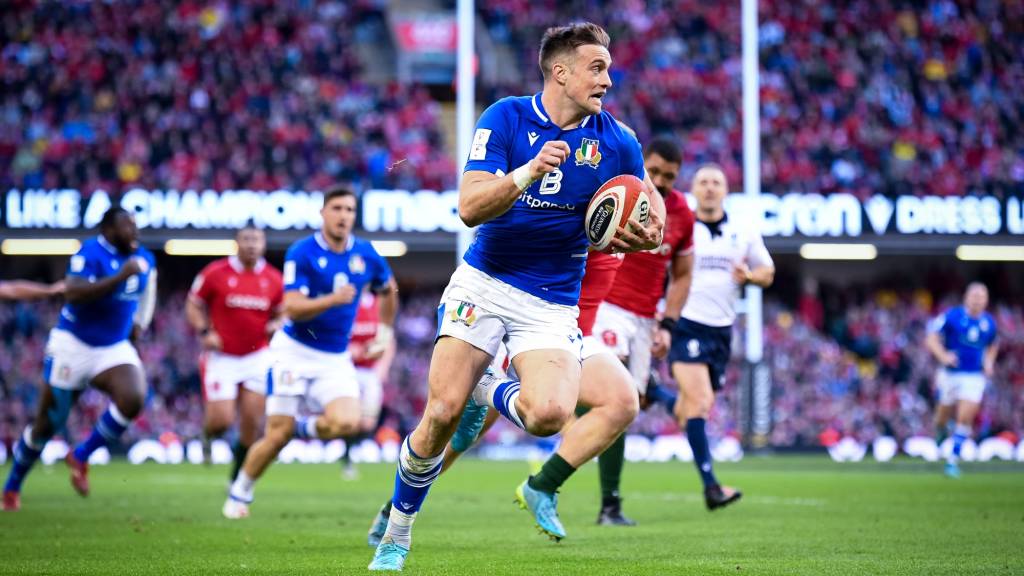 “When I was in charge of Canada and we played against Tier one sides, the aim was to keep the pressure on and to see how we could compete at this level. Portugal had a big impact on the game and built on their momentum, which we should not have allowed them to gain. We struggled a lot and had difficulty defending the gain line: something that cannot happen again in the upcoming games.”

An early Samuel Marques penalty had put Portugal in front before a penalty try extended their lead to ten points, Leonardo Marin sent to the sin-bin as a result.

Fusco got Italy on the board before the returning Marin levelled matters, only for Rodrigo Marta to go over just before half-time for a 17-10 lead at the break.

Tomas Appleton extended that lead early in the second half, but Italy responded through Padovani and Lucchesi to level the scores at 24-24.

Marta’s second try 15 minutes from time raised the possibility of a famous upset, but Italy finished the stronger with Traorè and then the penalty try allowing them to come away with the win.

Skipper Michele Lamaro added: “Against Uruguay, there were similar situations. We need to analyse some actions to understand how we can improve. Looking back, I can say that choosing to kick would have perhaps been the right decision to put pressure on the scoreboard.”