England repeated their 2016 heroics with another famous series win against Australia down under, overcoming the Wallabies 2-1.

Impressively, Eddie Jones’ side came back from defeat in the opener to win the series, bucking the trend of the team winning first taking series victory.

There was not quite the same amount of flair as in 2016, but it was a professional win, and one that was desperately needed after a second consecutive mediocre Guinness Six Nations campaign.

It was a summer that showed much promise, with a mammoth year coming up, starting with the Autumn Nations Series in November.

How did they come in?

It was another tough Guinness Six Nations campaign for England, who won two games out of five for the second time in a row, suffering defeats against Scotland, Ireland and France.

There were victories over Wales and Italy in rounds two and three, but ultimately it was not to be for England and they had to settle for third place in the Championship.

Before the Guinness Six Nations though, the Autumn Nations Series was a success for England, who beat South Africa and Tonga as well as extending their winning run over Australia, with Eddie Jones winning eight from eight as England coach and a last defeat coming in the 2015 Rugby World Cup.

England began the series well, putting Australia under considerable pressure in the opening exchanges and they eased into a 6-0 lead courtesy of two penalties from the boot of the ever reliable Owen Farrell.

The Wallabies endured a torrid first half, with injury to Quade Cooper, who was due to start at fly-half, in the pre-match warm-up, before Tom Banks suffered a nasty broken arm and Allan Alaalatoa went off with a head knock within four minutes of each other midway through the first half.

And things went from bad to worse for Dave Rennie’s side when young second row Darcy Swain was sent off for a head butt on Jonny Hill after 34 minutes.

Things were all going England’s way in Perth, yet they were unable to assert their dominance on the scorecard, and at half time the scores were level, with Cooper’s stand-in Noah Lolesio cancelling out Farrell’s two shots at goal with two of his own, making the scores 6-6 at the break.

The Wallabies took the lead shortly after half time, once again through Lolesio’s boot, but it was England who made the first real statement, with Ellis Genge going over from the back of a driving maul ten minutes into the second half. 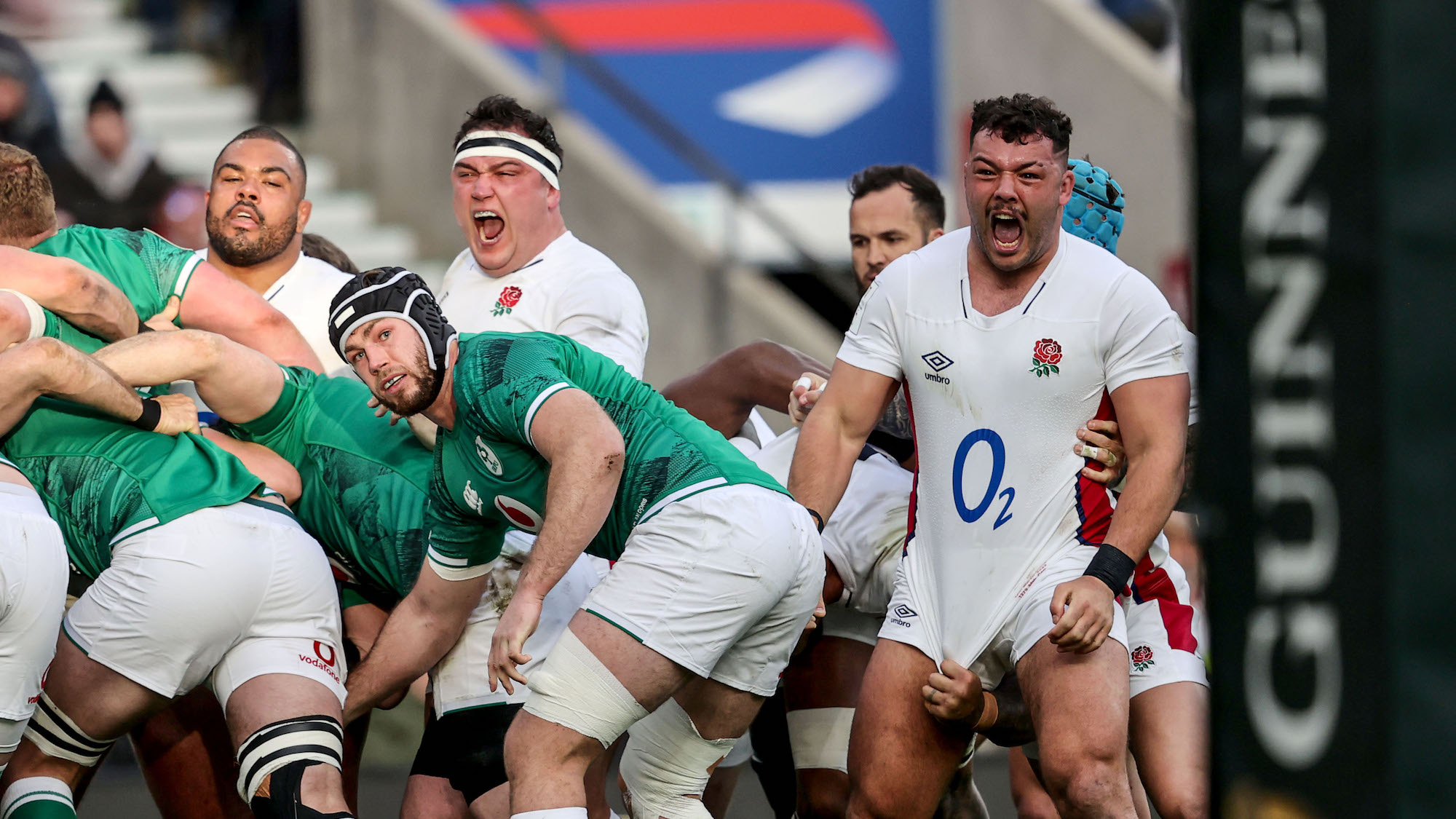 Farrell added his third penalty to extend the lead further, but this Australia team are fighters, and through the impressive Jordan Petaia they were able to level the scores from the corner, before Lolesio landed a touchline conversion.

Momentum had swung the way of the home side, and with Billy Vunipola marking his return to the England fold with a yellow card, Australia sensed it was time to strike.

And they struck not once but twice during the time Vunipola was on the naughty step, firstly through powerful hooker Folau Fainga’a and then through Pete Samu, with all three Wallaby tries scored by replacements, and all three expertly converted by the faultless Lolesio.

Their 30-14 lead proved to be unassailable, but there were still bright sparks to come from young replacements Henry Arundell and Jack van Poortvliet, who both scored on debut, with Arundell’s try in particular catching the eye to end the test in a positive light for England, who suffered a 30-28 defeat in Perth.

England headed to the Suncorp Stadium next in search of victory to keep the series alive, but the Wallabies held an impressive 10-win streak in Brisbane, showing the size of the task ahead for the tourists.

But England were unfazed by that record and through Billy Vunipola’s try from a smart lineout move, combined with four Farrell penalties, they led 19-0 shortly before half time, leaving the Wallabies desperate for a score to get themselves into the game. 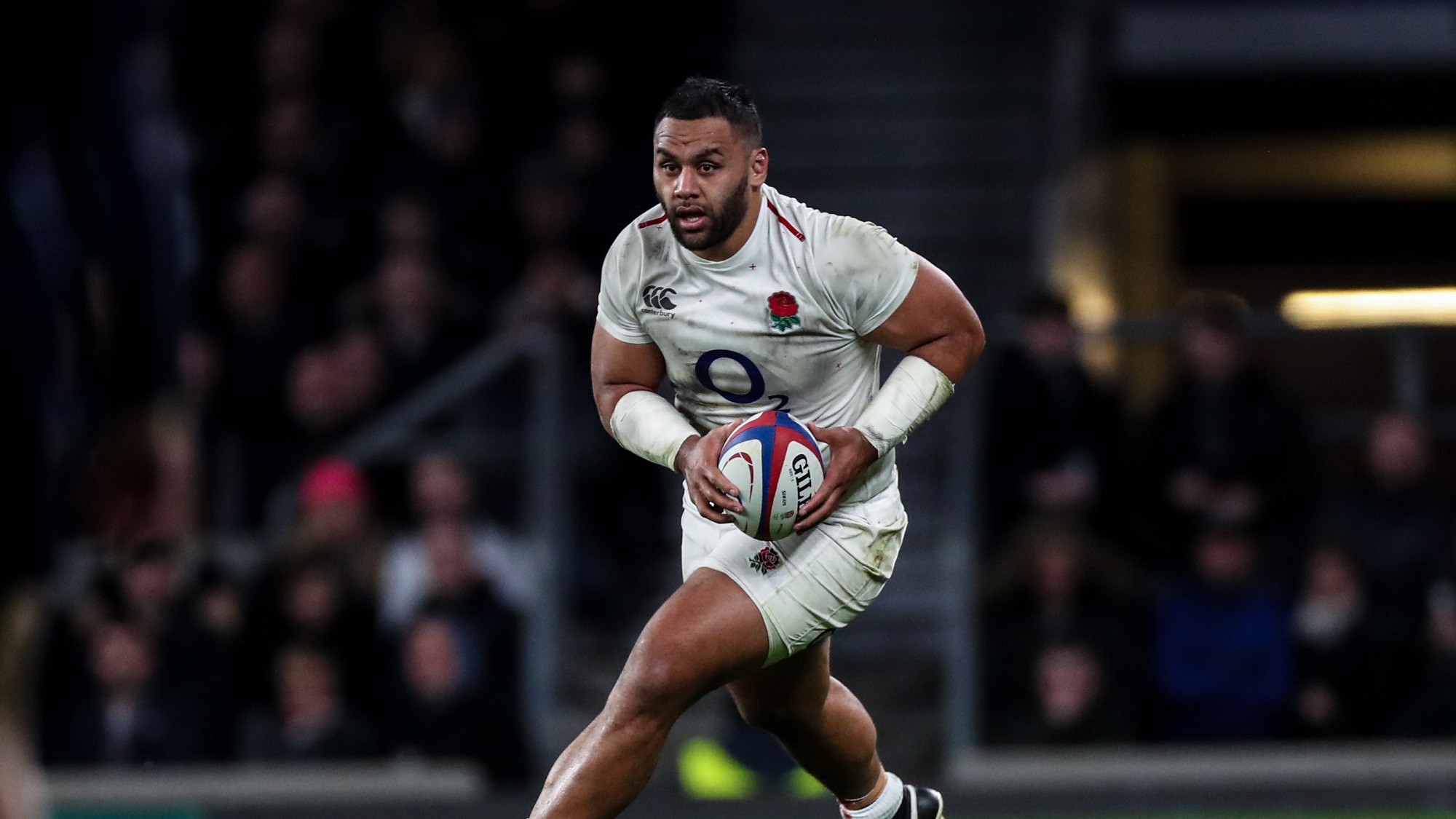 They were able to do that through tight head prop Taniela Tupou, which gave them a much-needed foothold in the game.

Farrell added three more points to give England a 15-point lead, but through centre Samu Kerevi and a Lolesio penalty, it was suddenly a one score game with 25 minutes to go.

Jones’ side were able to cling on to a decisive victory though, as Farrell added his sixth penalty of the evening to grant England a 25-17 victory and take things to a deciding Test in Sydney.

The Sydney Cricket Ground hosted an international rugby match for the first time since 1986 for that decider, and with everything on the line it was a tense opening 15 minutes.

Farrell put England into the lead with yet another penalty, but it was Australia who drew first blood through winger Tom Wright who crossed from an incredible flowing backs move to put the Wallabies into a 7-3 lead.

Lolesio and Farrell exchanged penalties as they had done all series, but the decisive moment of the first half happened right on half time, with Tommy Freeman, on only his second cap, making a powerful run, which saw Freddie Steward finish well in the corner to give England an 11-10 lead at the break. 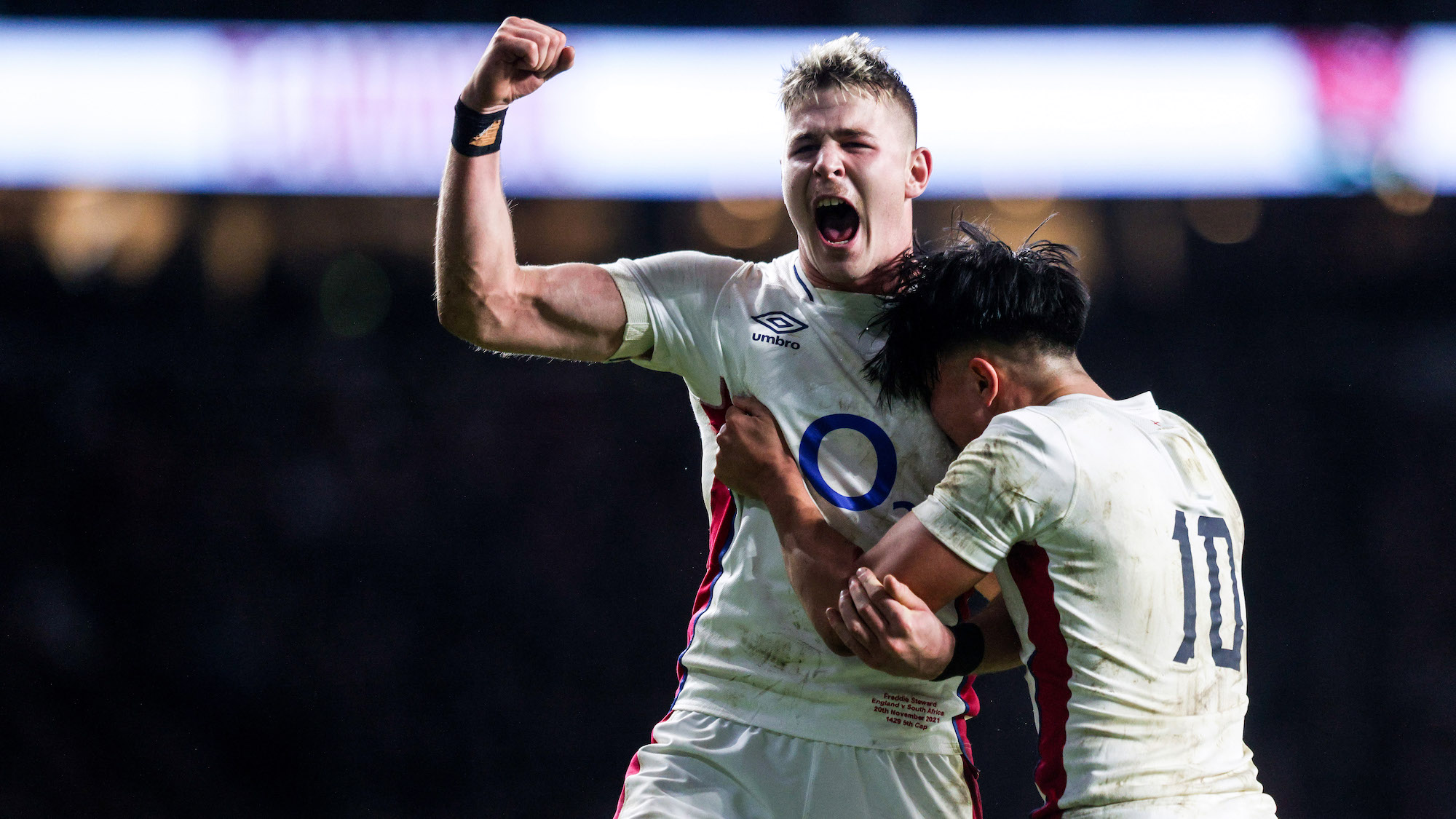 The next score was going to be vital, and England scored not once but twice, through the boot of Farrell again and then fly-half sensation Marcus Smith, who picked up the loose ball from an Australian line out, before spinning out of a tackle and sprinting away to give England a healthy 21-10 lead.

Nerves were jangling when Fainga’a scored his second try of the tour, but with an incredible defensive effort from the likes of inspirational captain Courtney Lawes as well as replacements Jack Willis and Luke Cowan-Dickie, who all made important turnovers in the final 15 minutes, England were able to secure the win and get their hands on the all new Ella-Mobbs trophy.

Moment of the Series

For sheer importance, it must go to Marcus Smith for his breakaway score which ultimately proved pivotal in deciding both the third Test and the series itself.

It was an incredible piece of skill to pick the ball up at full pace, and to have the legs to finish off the score with three defenders in pursuit is also impressive. 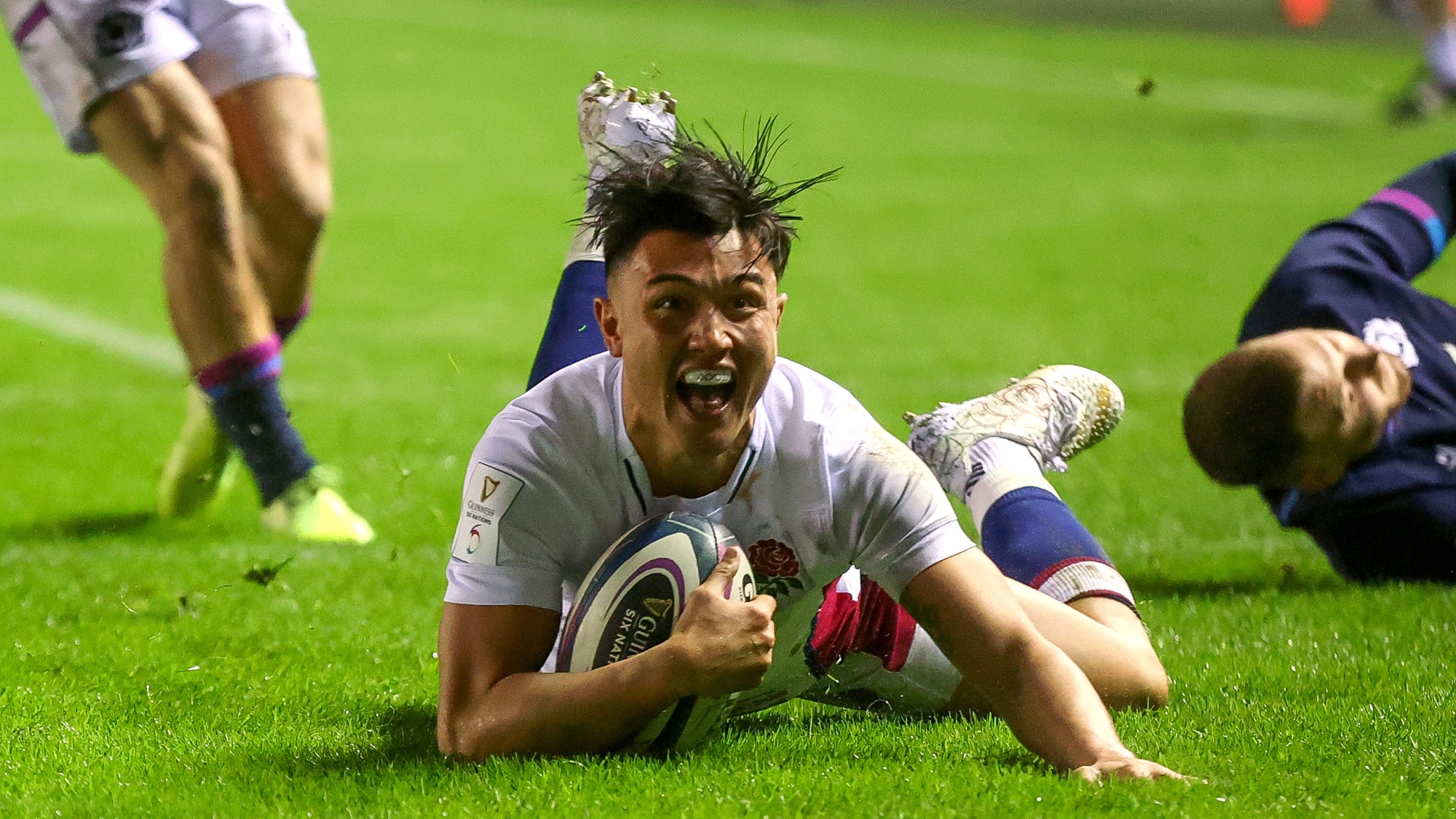 A big shout out must also go to Henry Arundell for his incredible solo score in the first Test, bouncing through two tackles and stepping around a third before expertly finishing in the corner.

An English star was born in Perth, and Arundell, just 19, will certainly have many more incredible moments in an England shirt over the years.

Who put their hand up

Arundell featured for around half an hour across the three matches, and his try in the first Test was certainly one that definitely got the heart pumping.

There were also incredible performances from some old names recalled to the Test side, namely Farrell and Vunipola, while Courtney Lawes led by example with a fantastic series.

But in terms of putting their hands up, Jack van Poortvliet was absolutely superb every time he was on the pitch, scoring a clever try on debut before showcasing just how good he is in the second Test, and setting up Steward’s key try in the third.

Leicester Tigers teammate Ben Youngs will surely come back into contention at some point, but van Poortvliet has certainly given himself every chance of being the starting scrum-half ahead of the opening England fixture in the Autumn Nations Series against Argentina. 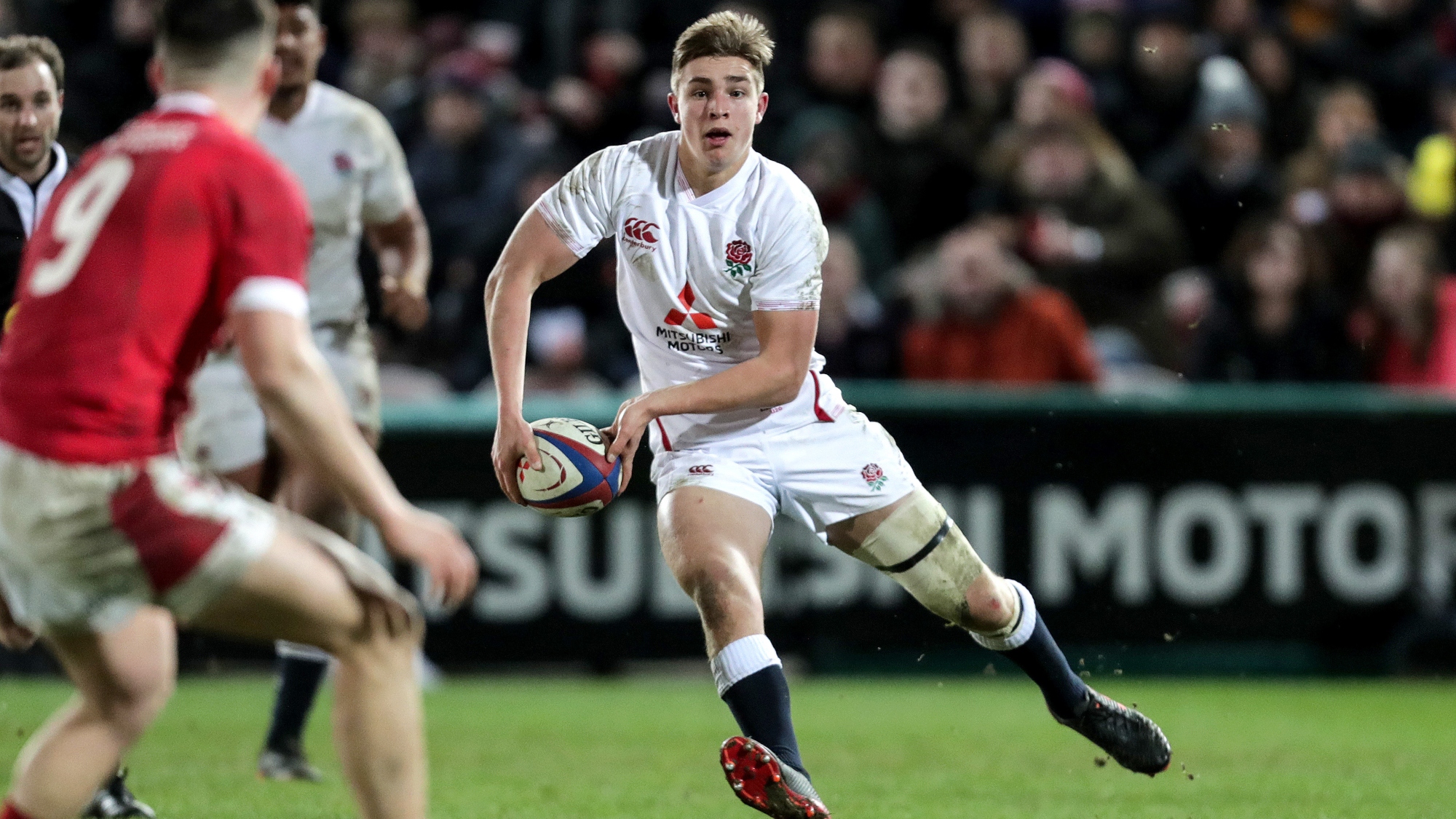 Ultimately, it proved to be a hugely successful summer for England and Eddie Jones will have been absolutely beaming to secure the series win in Sydney.

The opening Test was a good learning curve for the likes of Smith, who was on his first tour with England, and the lessons were clearly learnt with two professional performances in the second and third Tests.

Jones will have been delighted to give debuts to Will Joseph, Arundell, van Poortvliet, Guy Porter and Freeman, while the likes of Ollie Chessum, Joe Heyes and Lewis Ludlam all showed they are set to be a key part of the squad for the upcoming Autumn Nations Series as well as the Guinness Six Nations and eventually the 2023 Rugby World Cup.

With a return to form of Farrell and Vunipola, and several key players to be brought back into the squad from injury, England are in a good place with an exciting blend of youth and experience combining to push Jones’ side to become a real force ahead of the World Cup in just over 12 months.