With the Summer Test series coming to an end after some sensational rugby between the best sides in the northern and southern hemisphere, it is time to look ahead to the upcoming Guinness Six Nations.

Ireland made history twice, winning both a first ever Test in New Zealand and a first ever Test series, England continued their excellent record over the Wallabies with a series victory Down Under, while Wales also blazed a trail in South Africa with their first ever Test win in the Rainbow Nation.

Meanwhile, Italy extended their winning run to three in a row, including a first win in Romania since 1991, France are now on their longest run of victories since 1937, and Scotland, despite ultimately suffering series defeat, tasted second Test victory with key players missing.

Overall, it was an incredibly successful summer for the top sides in Europe, which leads to significant excitement ahead of the 2023 Guinness Six Nations.

And it is the perfect time to look at six stars who could be an excellent addition to your fantasy rugby teams for next year’s Championship.

After becoming the youngest ever Guinness Six Nations try scorer in history at just 19 years and 170 days, Menoncello was already on the radar ahead of the Championship next year.

But his explosive summer continued in style, as he played in two of the three Tests, against Romania and Georgia.

And Menoncello, who can play on the wing or in the centres, scored twice as Italy won in Romania for the first time in 31 years, with a resounding 45-13 win in Bucharest.

He added to that brace with another try in Italy colours in their narrow defeat to Georgia in the Third Test – taking his tally to four tries in his opening three Tests – not a bad return.

Still 19, Menoncello has an incredibly bright future, and is part of an Italian backline that is genuinely exciting with the likes of Ange Capuozzo, Edoardo Padovani and Monty Ioane being guided by Paolo Garbisi.

And his incredible start to international rugby will have certainly caught Kieran Crowley’s eye, likely to play more in the centres with Italy’s already strong back three, Menoncello has an excellent eye for a gap, supreme speed, and as proven against France, excellent aerial ability.

But in the world of fantasy the one thing that really matters is tries, and Menoncello is someone who scores a lot of tries, something that make him one to watch ahead of next year’s Championship. 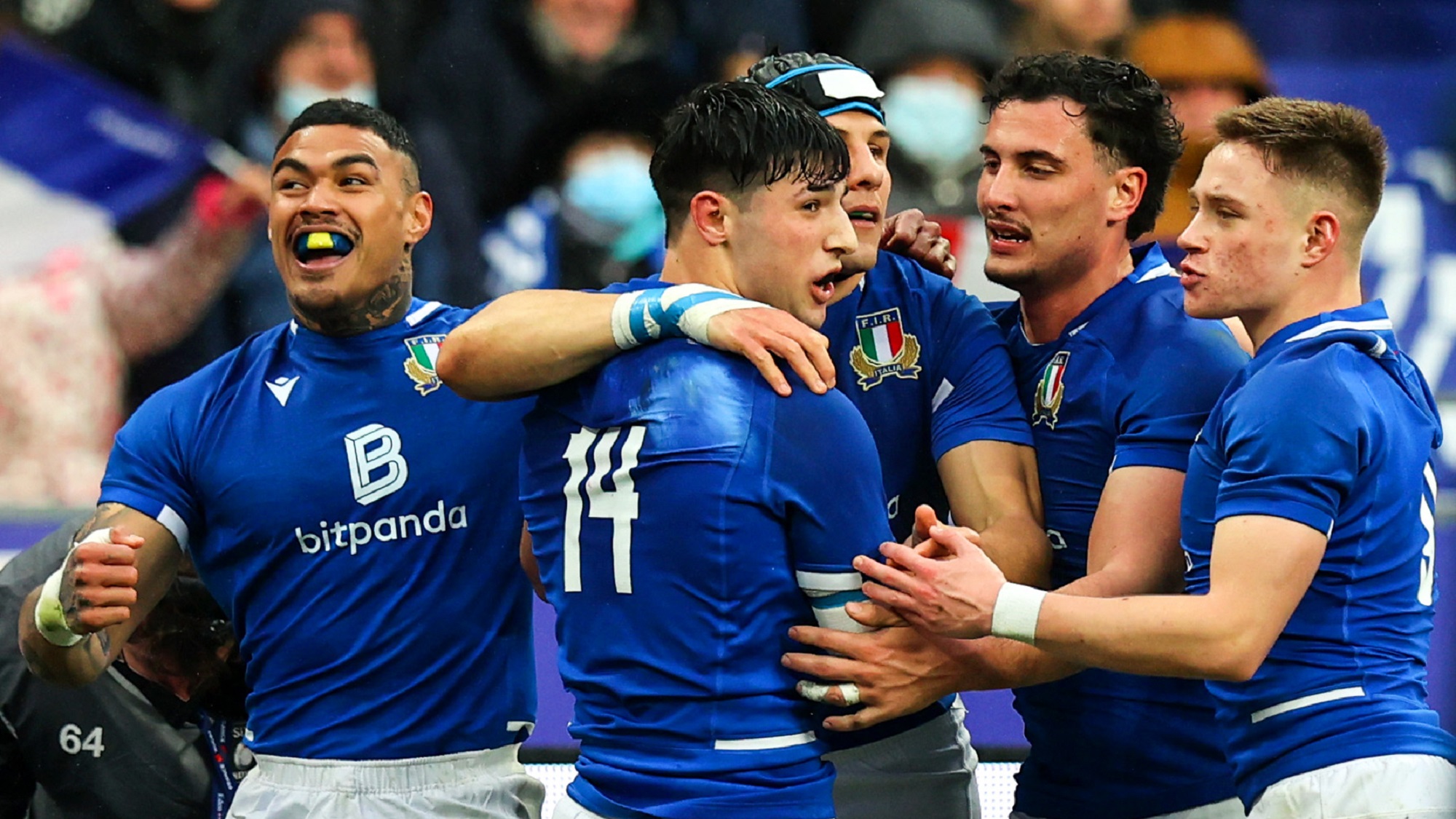 Beirne is not exactly a new addition to this list after performing at the highest level for Ireland for some time and going on the British and Irish Lions tour last summer, but this summer once again his performances were straight out of the top drawer.

One of the key components to a historic series-winning Ireland team in New Zealand, Beirne’s ball carrying, and defensive work rate once again stood out.

Now one of the first names on the team sheet, there can be no doubting that come next year’s Guinness Six Nations Beirne will once again be highly influential barring injury.

Andy Farrell has been deploying him in the second row recently, but his ability to also play at blindside flanker is something that makes him even more of an attractive option for Farrell.

And with him likely to be a starter, his numbers defensively are outstanding, while he often has significant presence with ball in hand, racking up metres and chipping in with the occasional try, and his ability to pick up player of the match awards is something that will also grab the attention of fantasy managers.

Beirne won’t come cheap next season, but he will certainly be a highly sought after pick and is definitely one that will be talked about a lot both on the pitch and in the fantasy world. 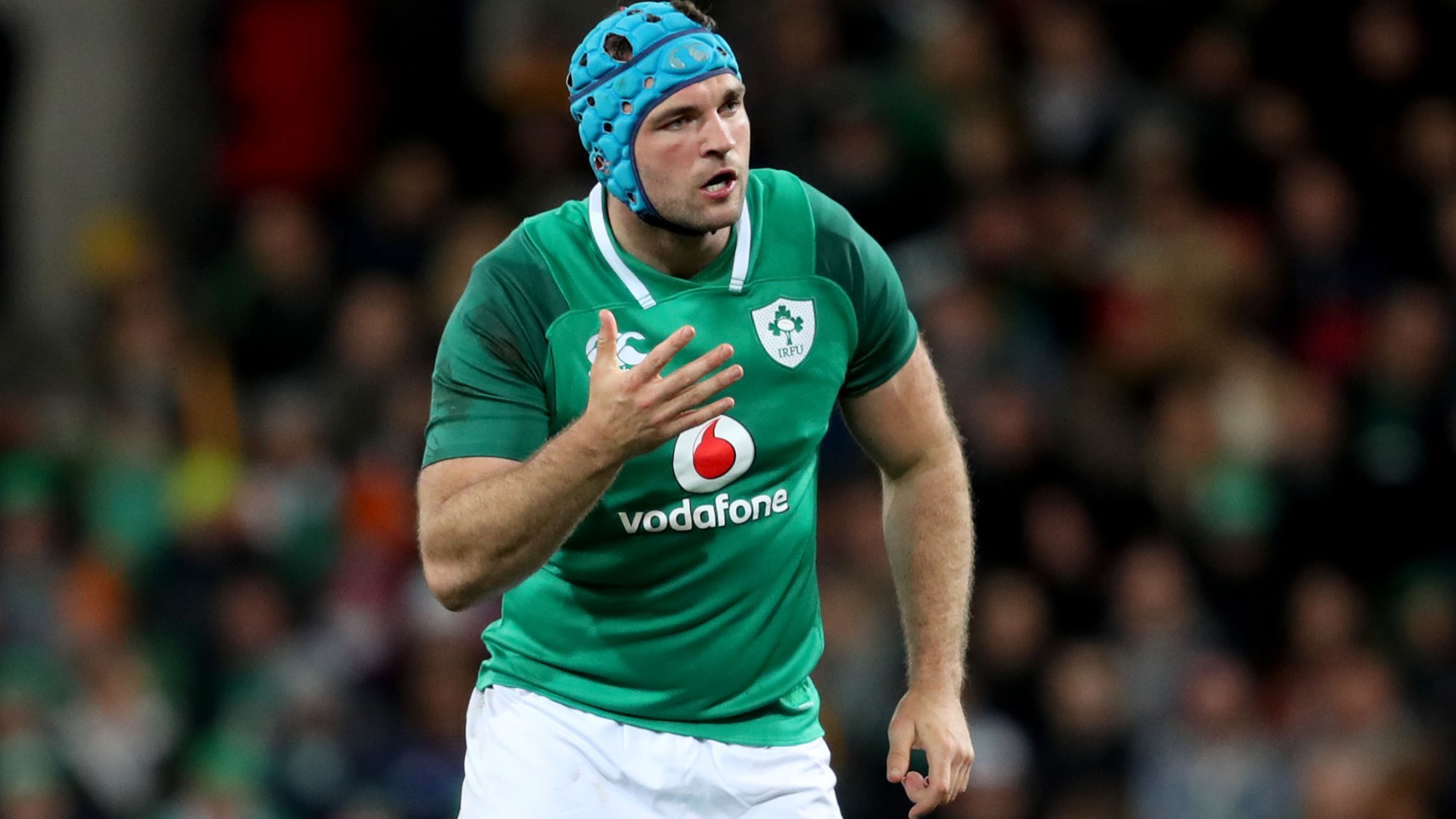 Moefana is another who was already a decent option before France’s summer tour of Japan, but he was easily among the top performers on that tour and now his stock has improved yet further.

A try scorer in the first victory over the Brave Blossoms, Moefana thrived in the inside centre position for Les Bleus, and at just 22, he is clearly one to keep a very keen eye on over the next few months before the Championship begins.

His one issue will be the direct competition he will face with the already settled midfield pairing of Jonathan Danty and Gaël Fickou, who together went on to win the Grand Slam last year, but Moefana is also able to slot in on either wing, something that he has done in the past at both club and international level.

An excellent defender with a ball carrying presence who can finish tries for fun is something of a rarity, and France have that in Moefana.

In terms of fantasy, his flexibility should mean he finds himself in the team more often than not but employing him as a substitute could also unlock him as a super sub option, so watch this space! 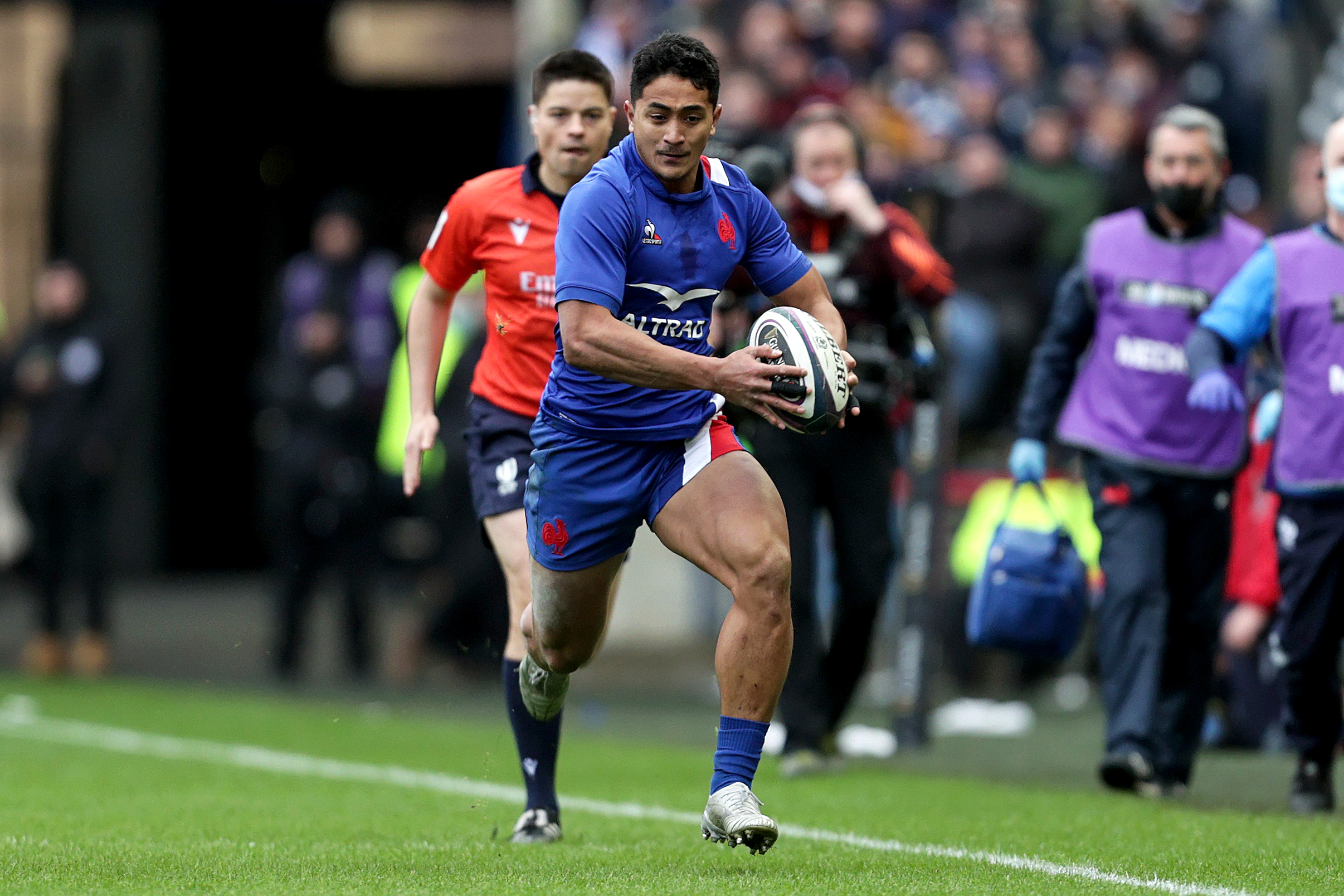 Wales always used to produce top quality scrum-halves and full-backs, and in the past 20 years they can add top quality openside flankers to that list.

Reffell is the latest to add to a long list of world-class No.7s to don the Wales jersey and his performances in South Africa were simply a joy to watch.

An absolute machine at the breakdown, in the mould of a classic scavenging openside, Wales have found themselves a real gem in Reffell.

His three Test match appearances to date saw him score his maiden Test try in the third Test and he was named player of the match in the historic second Test victory and seems likely to become a permanent fixture in the Wales back row, with a start to his career that echoed the legendary Sam Warburton.

He is excellent defensively, making significant chopping tackles, and his high rate of turnovers will make him a likely candidate for player of the match awards in future.

Despite only making three Test appearances to date, he is someone that has been performing week in, week out at Leicester Tigers for a few seasons now, most recently winning the Gallagher Premiership.

And that shows his consistency which should be something all fantasy players consider when picking their starting XV, while his relative lack of experience may make him one of the bargains of the Championship. 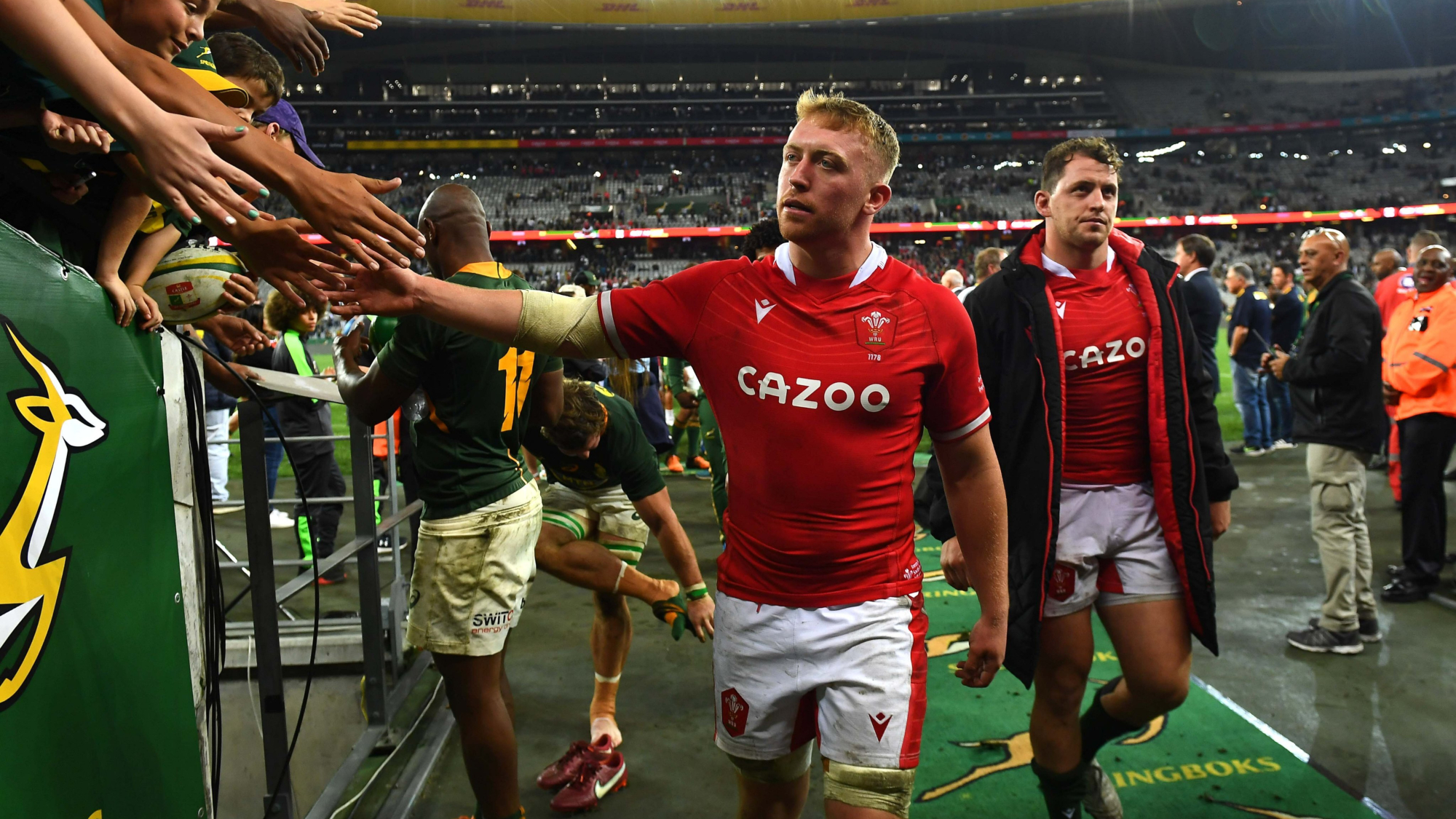 Reffell’s Tigers teammate van Poortvliet had a series to remember in Australia too.

Having previously suffered at Tigers, behind seasoned current and former England internationals Ben Youngs and Richard Wigglesworth in the pecking order, a few eyebrows were raised when he was selected for the tour.

And he marked his debut with a clever sniping try in Perth, which was enough for Eddie Jones to promote him to start the second Test, before coming on in the first half and having immediate impact with setting up another Tiger Freddie Steward’s try.

Van Poortvliet has now made a name for himself and it would be a shock if he were not involved more in the Autumn Nations Series and 2023 Guinness Six Nations.

A genuine all-round scrum half, van Poortvliet has the ability to control games with expert kicking, increase the tempo or simply see out a game at the end.

His try against the Wallabies showed he is not afraid to make darts and he is often scoring tries at club level when given the chance to prove himself.

If he is involved in Jones’ squad for the Championship, he will certainly be a key player to keep an eye on, and one that will attract a lot of fantasy attention for likely a fairly low price. 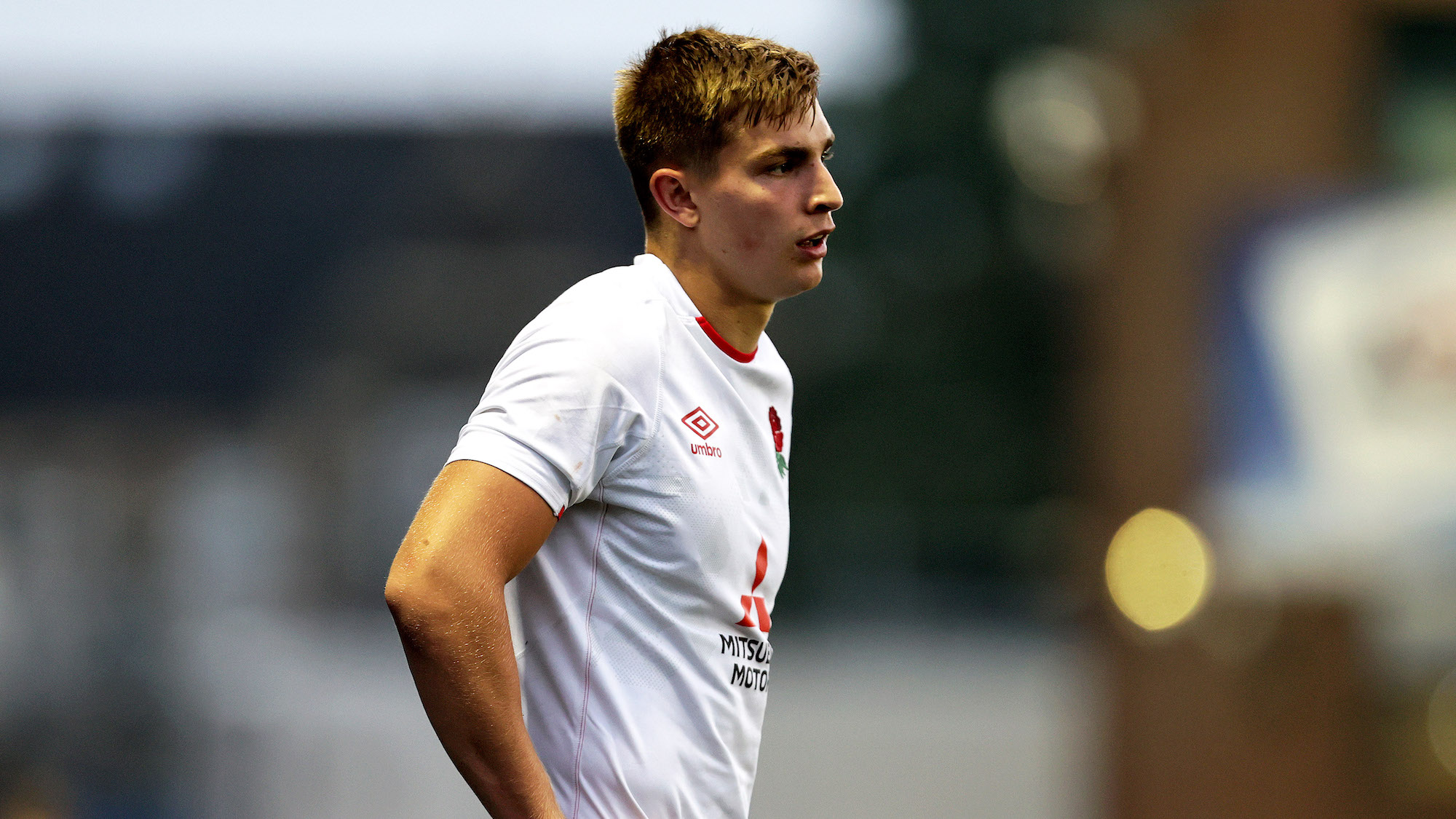 Scotland had not nailed down their starting hooker and Ashman once again showed exactly what he can do in their tour of Argentina.

The Sale Sharks hooker scored the match-winning try over Australia in last year’s Autumn Nations Series, and in Argentina he scored a brace in the third Test.

His try-scoring ability is clear for all to see, and that is something that absolutely will not come lightly to any fantasy player out there.

With 15 points awarded for a try, Ashman’s ability to find himself over the line is something that can surely be a real asset to a lot of teams next year.

Of course, there are other players vying for his position, but Ashman could very well find himself in the starting hooker jersey for the foreseeable future, and if he does, expect fantasy players to pounce, because Ashman is a rare hooker in that his try scoring record is outstanding.

Definitely one to keep a very keen eye on in the coming weeks and months, Ashman could be a very popular pick indeed. 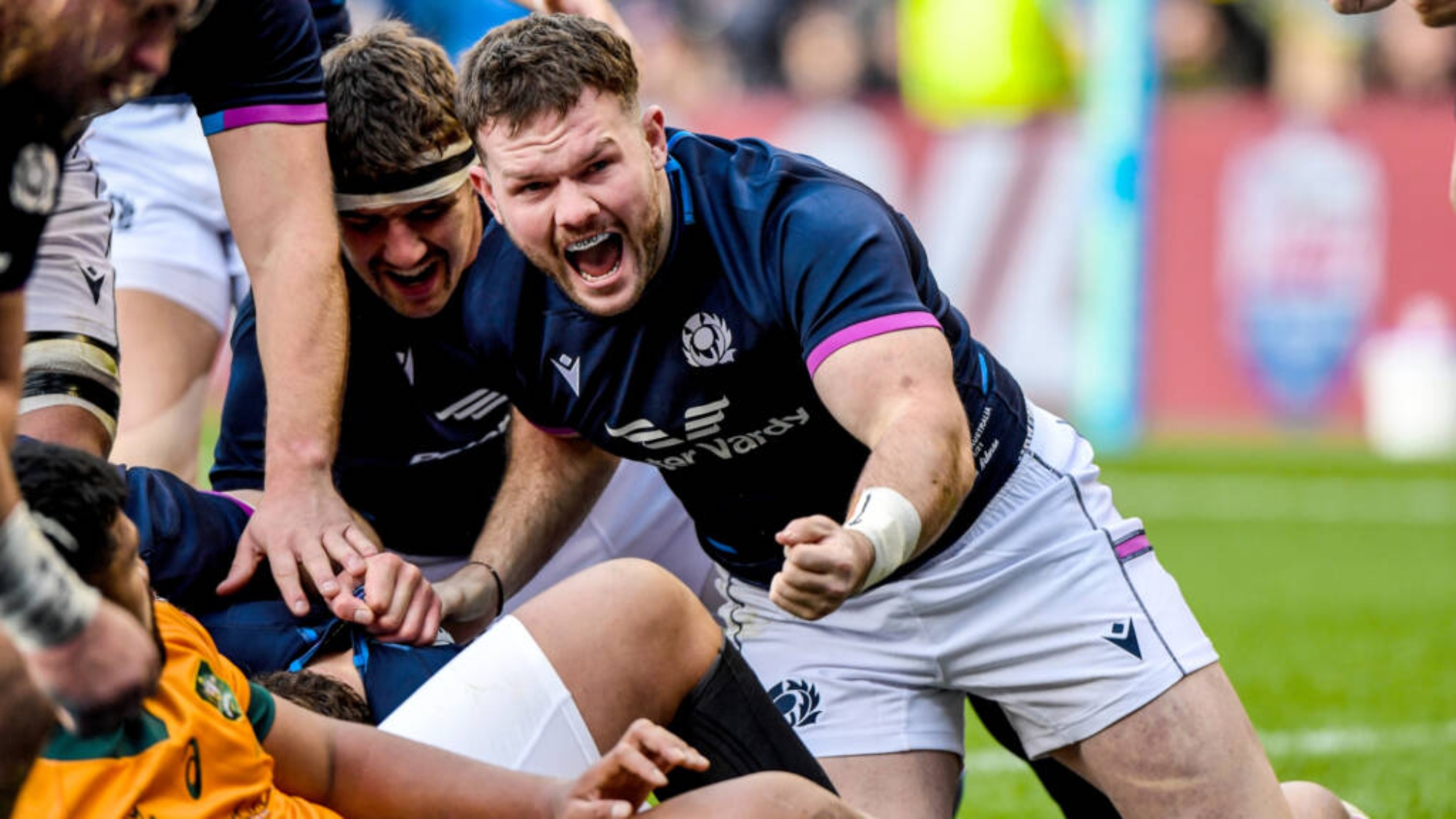