Wales prop legend Graham Price believes a switch of roles may bring the best out of tight-head Dillon Lewis.

Cardiff star Lewis has amassed 41 caps for his country, but Price has floated the idea of a move to the other side of the scrum, where Lewis’ childhood hero Gethin Jenkins shone for over a decade at international level.

“If you look at him, there are similarities between him and Gethin Jenkins when Gethin played,” said Price.

“Gethin was very good over the ball and Dillon Lewis likes to do that as well. 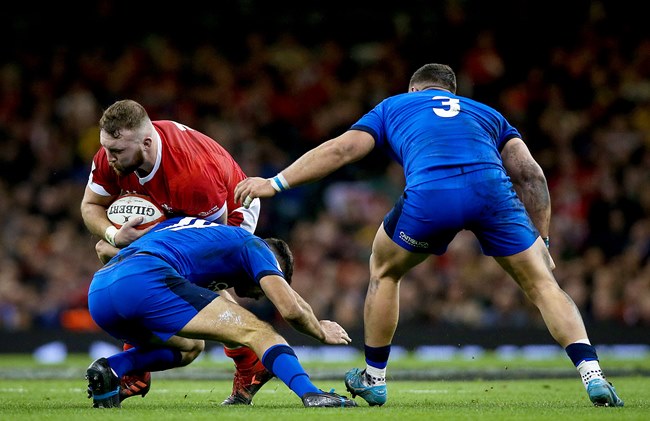 “It helps to be bulky on the tight head, like Adam Jones. Adam was a scrummager, first and foremost. He knew what he was about and he became good at his job.

“He could absorb the pressure of scrummaging against two shoulders, while the loosehead packs down against only one.

“I wonder how Dillon Lewis would go if he changed to loose-head.”

Jenkins also played at tighthead in his formative years and if 26-year-old Lewis could master both positions that would only consolidate his place within Wayne Pivac’s squad, having started all three tests in their tour of South Africa.

Such a transition is not easy to undergo, according to Price, but he referenced former British and Irish Lion David Richards, an example of when a positional change can prove effective.

“It would need to be tried at regional level first, obviously, because it would be too big an ask if he was picked there in Test rugby straight away,” said Price.

“In my day, clubs were usually happy to agree to requests from national selectors for certain players to switch positions. I can remember Swansea being asked to use David Richards at centre instead of fly-half and they went along with it, and he proved to be a very good centre.”