Kickers are a sure-fire guarantee of points in the next edition of the Guinness Six Nations Fantasy Game.

And it’s important to squeeze in as many as possible to give yourself the best chance of winning.

But the key question is: Who should you select?

Here’s our lowdown on the kicking kings ready to blast your team to glory.

The England fly-half will not come cheap next year and for good reason.

The Harlequins half-back kicked 17 penalties, five conversions and crossed the whitewash twice to finish as the Championship’s top points scorer.

And it is little surprise the 23-year-old also topped the charts in the Guinness Six Nations Fantasy game too – with a whopping average of 66.6 points per game.

This was in part thanks to a staggering 412 metres gained from just 40 carries plus 10 tackle breaks – surpassing all others on this list in all three statistics.

He may well be the most expensive option in the game in 2023, but he’s surely a must-have in your backline.

An integral part of Fabien Galthié’s Grand Slam winning side, Melvyn Jaminet was a very shrewd pick in 2022.

Only valued at 12.0 stars, the full-back went on to kick 12 penalties, nine conversions and contribute two try assists too.

The new Stade Toulousain signing broke into the French team on last year’s tour of Australia and kept his place during a flawless Autumn Nations Series campaign, and is expected to continue to impress for Les Bleus this November.

And while his price will surely be inflated, don’t bet against Jaminet improving on 253 metres carried and nine tackle breaks.

Succession planning is already underway over Scotland’s fly-half role with Edinburgh’s Blair Kinghorn on kicking duty over the summer as Finn Russell was rested for the tour of Argentina.

However, having just turned 30 this month, the Racing 92 fly-half still has plenty of points left in his legs with seven penalties and six conversions slotted in the 2022 Championship. 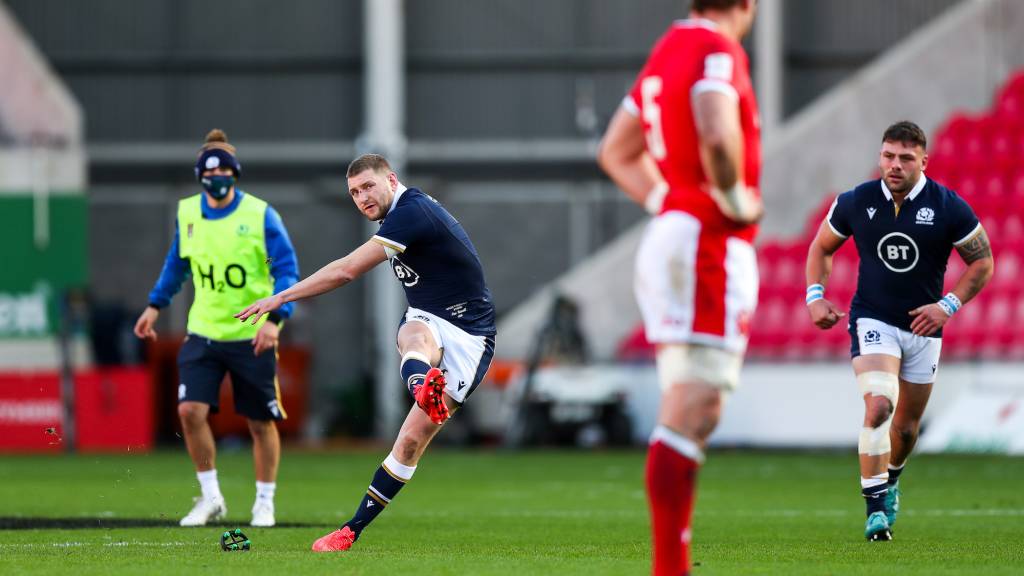 It could be wise to wait and see how Russell fares in Scotland’s Tests against Australia, Fiji, New Zealand and Argentina before making a judgment on his value in your Fantasy team.

If he retains the No.10 jersey though, Russell has all the attacking attributes required to top up the points he earns from the kicking tee.

But Northampton Saints’ Dan Biggar stepped up to the role of captaincy with aplomb and scored 34 points from seven penalties and six conversions.

His boot was key to Wales’ only victory of the Championship, with five out of six kicks successful as they edged out Scotland by three points on Biggar’s 100th international cap.

And while he could not quite help his country to a series victory over the Springboks in the summer, he did become the first Wales captain to beat South Africa on their own turf.

One of the iconic images of the Championship belonged to young fly-half Paolo Garbisi, as he collapsed to the deck in tears after kicking the winning conversion in Italy’s historic 22-21 victory over Wales.

Garbisi was only valued at 12.0 stars going into the 2022 Guinness Six Nations, but had plenty of admirers even before the action kicked off.

The Montpellier half-back may have only kicked 26 points over the course of the five games – the lowest of any on this list – but with a young Italy side constantly improving, the 22-year-old could be a key enabler.

And although he didn’t start any of Italy’s summer Tests, Azzurri head coach Kieran Crowley has said he could be talked about as ‘the Italian Johnny Sexton’.

The Irish Johnny Sexton, meanwhile, still shines for his country even at the age of 37.

Only the aforementioned Smith and Jaminet scored more points than Sexton’s 35 last Championship, and it was an historic summer for the evergreen fly-half.

Making 10 from 12 kicks against the All Blacks represented an above average success rate, but after victories in Dunedin and Wellington, Sexton became the first Ireland captain to win a Test series in New Zealand.

Expect him to equal or better 155 metres carried, 13 conversions, three penalties and two try assists in the new year.