From trying to run on the pitch during her dad’s matches at the local rugby club as a child to becoming Scotland’s first contracted female player to solidifying herself as a stalwart of the national team – Jade Konkel’s rugby journey has been an entertaining ride.

And in a new content series from Scottish Rugby called Powering Conversation, Konkel has opened up about her life in the sport.

Hosted by Scotland captain Rachel Malcolm, the series will reach outside the typical discussion on women’s sport and provide more of an insight into the journeys and lives of the guests, each of whom will be an inspiring woman from the world of rugby or beyond.

The series is in partnership with SP Energy Networks and in the first episode, Scotland No.8 Konkel – one of the best back-rowers in world rugby – reflects on her early experiences in the game.

“I grew up watching my dad play – every Saturday was spent running up and down sidelines of his matches, to the point of me trying to get on the pitch because I thought I could do it too!” reveals Konkel.

“I constantly get told stories where he had to scoop me up mid-game in a tackle because I had run on the pitch and said I wanted to hit somebody with him or something like that! I was always eager to get into contact from a young age.

“When I was eight or nine, I went down to Highland minis, where I was the only girl in a team of boys but gave as good as I got.

“However, when I got older I couldn’t play with them anymore and there wasn’t really a pathway for me to continue playing.

“I played basketball instead but when I got to the age of 17, I decided I’d had enough. My brothers were playing rugby and I really wanted to play, so I drove to Edinburgh for a development day and got in the U20s squad. Everything took off from there.” 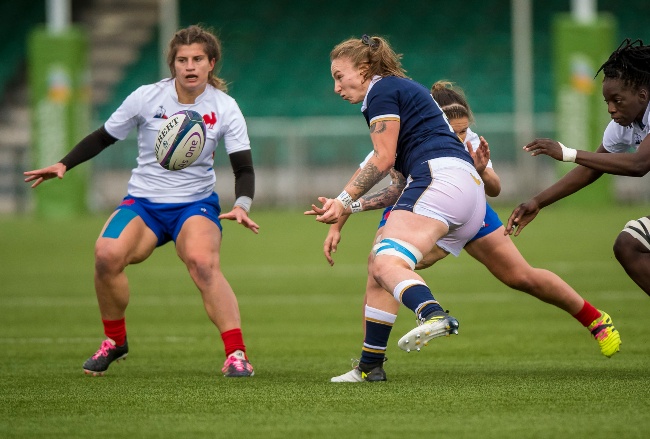 Konkel had the honour of becoming Scotland’s first full-time female player in the summer of 2016 before later joining French Top 8 club Lille and then moving to England to play in the Premier 15s with Harlequins.

She has inspired many with her performances for those clubs, as well as the Scotland national team, and – still only 26 years old – says each experience has shaped her.

“Playing in France was amazing,” admits Konkel. “France are renowned for being incredibly physical as a team, something that is really appealing to me in the game.

“It was fantastic to be out there and really step up the physicality in the game. Then Harlequins is a mix of physicality and skill. It’s great to see the difference – the cultures are very different.

“At Quins we have a focus on a fast-flowing game but also taking pride in our contact, so it’s a really good mix of both. It’s great to play in the top flight in England but that experience in France is really helping me.”

Konkel also talks about the personal training business she has set up outside of rugby to help her switch off from the sport and her plans for the future.

Having been named Player of the Match in Scotland’s brilliant 13-13 draw with France in the Women’s Six Nations last weekend, the back-rower is still right at the top of her game and learning about her journey is a fascinating experience. 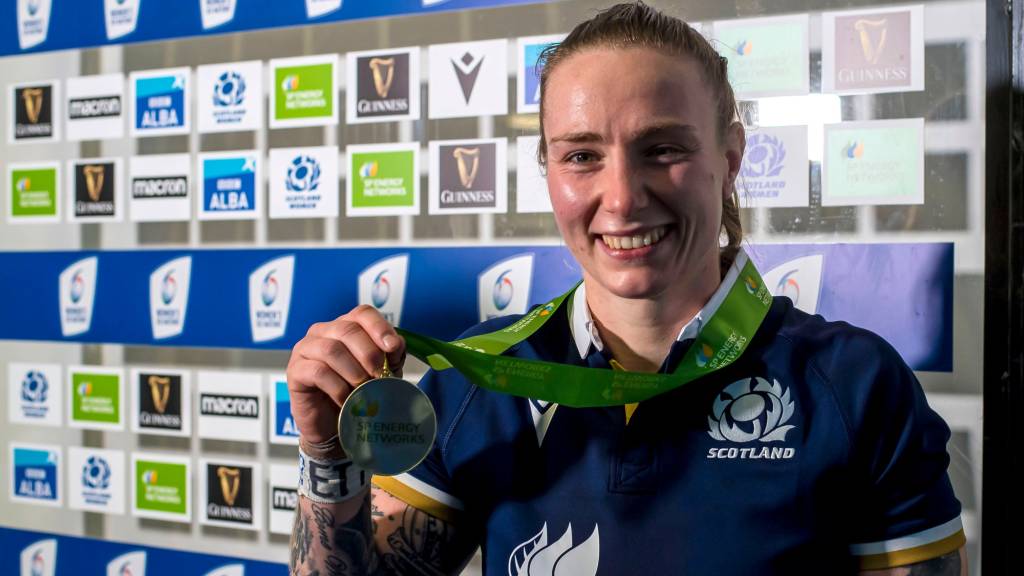 And as host of the Powering Conversation series, Scotland skipper Malcolm is excited to speak to more guests in the coming weeks.

“I’m very excited about the launch of this new series in partnership with SP Energy Networks,” said Malcolm. “There are so many incredible stories within women’s rugby and sport, and it’s great to have a series where we can showcase and champion these role models.

“It’s so important that we have a platform where sportswomen can share their journeys in the hope that we can try and inspire young girls to reach their potential.

“We have loads of stories within our own squad, in terms of how people got into playing rugby and some of the stuff they’ve had to go through to get where they are today.”

Share this article:
Previous Story Fantasy Rugby: Five must-have forwards for Round 5
Next Story Round Five preview: England bid for Grand Slam and France face Ireland in battle for second