Bryan Easson is looking forward to working towards a bright future with Scotland Women, having been handed the permanent head coach reins following a successful period in temporary charge.

The former assistant had stepped into the role on an interim basis in August, after former boss Philip Doyle was unable to continue due to Covid-19 shielding restrictions.

While the global pandemic shelved many of Scotland’s plans during 2020, Easson enjoyed success in his sole game in charge – an historic 13-13 Women’s Six Nations draw with six-time Championship winners France at Scotstoun in October.

Easson will look to build on that positive result having been given the job full-time through to the 2025 World Cup, while he will also be technical lead for the women’s XVs programme in an expanded role. 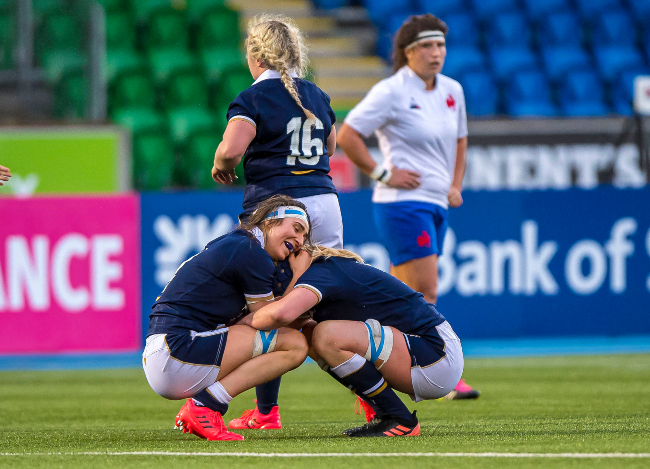 While focusing on developing Scotland’s XVs team, Easson will also be responsible for supporting the growth of the pathway programmes and coaching infrastructure.

“I am honoured and privileged to be appointed Scotland Women head coach,” said Easson, who has been involved with Scotland’s women’s performance programme for nearly two years.

“I have learned a lot about this group over the past few months, and alongside an excellent management team I look forward to continuing to help make improvements both on and off the pitch.”

Scottish Rugby’s director of performance rugby, Jim Mallinder, added: “The appointment of Bryan and the expansion of his role demonstrates the importance Scottish Rugby continues to place on making progress in the women’s game and performance programme.

“Bryan is a highly-respected coach and will bring his wider expertise into the technical lead role in what is a great opportunity for him, the players and whole performance group committed to the team’s success to have both continuity and growth over the long term.”