What a rollercoaster year it has been for France Women.

Annick Hayraud’s side has experienced many highs over the course of the last 12 months, most notably the back-to-back wins over New Zealand in the Autumn.

But Les Bleues also finished runners-up to old foes England in the Women’s Six Nations again before also losing to the Red Roses in bizarre circumstances in Lille.

So with the 2022 Championship and the Rugby World Cup on the horizon, we have a look back at France’s year on the pitch and where they stand ahead of the new year.

SILVERWARE NEAR MISS IN CHAMPIONSHIP

Having finished second behind England in the truncated 2020 Championship, Les Bleues made a dream start in the revamped format for the 2021 Women’s Six Nations.

A first-half hat-trick from Caroline Boujard saw France defeat Wales 53-0 in their curtain-raiser at the Stade de la Rabine, running in eight tries in total against the visitors.

Emeline Gros also bagged a brace for the home side, along with tries from Agathe Sochat, Emilie Boulard and Laure Touye, while fly-half Pauline Bourdon added 13 points from the tee. 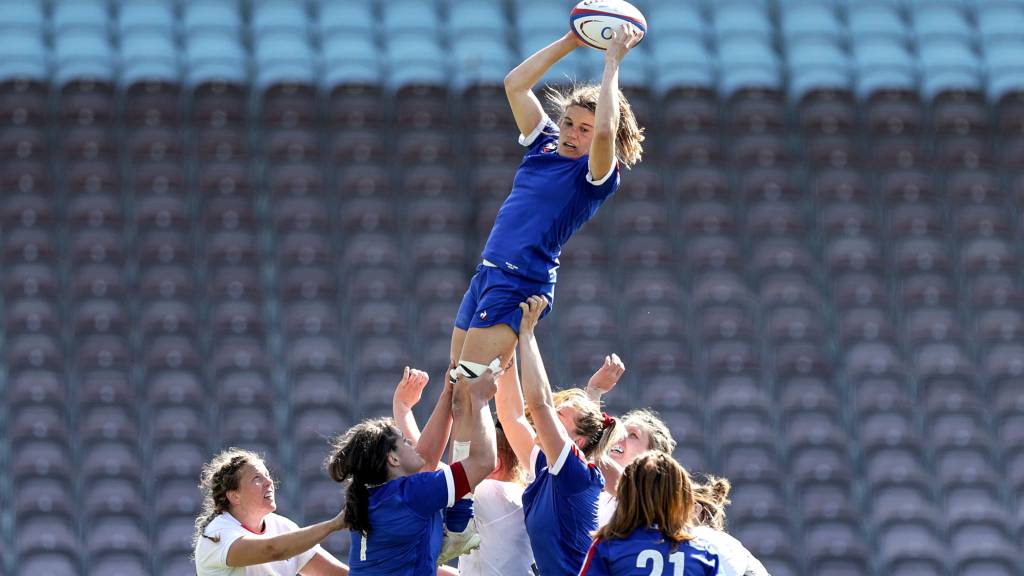 France were just as clinical in their second Pool B match against Ireland, scoring another eight tries as they triumphed 56-15 at Donnybrook Stadium to secure their place in the final.

Boujard was among the scorers once again with another brace, with Cyrielle Banet also crossing twice, as Les Bleues passed a half-century of points for the second game running.

That win set up a mouth-watering finale against defending champions England but a tightly-contested match ended in a narrow 10-6 defeat to the Red Roses.

Poppy Cleall’s try put England ahead at the break before Caroline Drouin cut the lead with two penalties, only for Emily Scarratt to seal a third consecutive title with a penalty.

EARLY PRESSURE NOT ENOUGH IN REMATCH

France resumed their rivalry with England a week after their final defeat, welcoming the Women’s Six Nations champions to Villeneuve d’Ascq for a highly-anticipated rematch.

It did not quite go to plan for the hosts, however, as the Red Roses emerged triumphant again after the game was called off in the 63rd minute due to a floodlight failure.

Les Bleues dominated the early possession and took the lead through centre Maëlle Filopon thanks to excellent build-up play by Bourdon, playing scrum-half on this occasion.

But England responded through Abby Dow’s try, set up by a long ball from Scarratt, and a conversion from Zoe Harrison, who was shown a yellow card soon after. 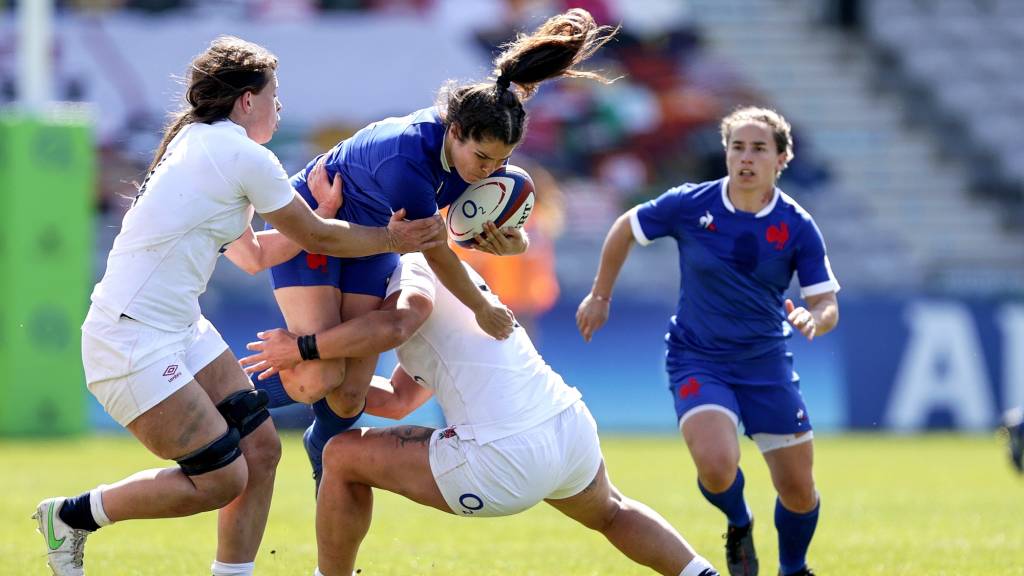 France took advantage of their extra player to score again through Jessy Trémoulière, cutting through England’s defence with ease – although she was unable to add the extras.

Dow hit back with her second just before the break, passing five French defenders on her way to the tryline, before Scarratt added a penalty to make it 14-12 to England at the break.

Red Roses: A Year in Review

Harrison returned to the field after the restart and kicked the winning points from the tee, having fallen behind France again at the start of the second half to a Tremouliere penalty.

With the match perfectly poised going into the final quarter, the lights went out and England were awarded the victory as they were leading 17-15 with more than 60 minutes played.

ALL BLACKS DOWNED IN FLAWLESS AUTUMN

Following those back-to-back defeats to England, France regrouped for three Autumn fixtures and started their campaign with an impressive 46-3 success over South Africa.

Hayraud’s side ran in seven tries in total, with Gros going over twice in the first half and Safi N’Diaye adding a try in either half to prevail comfortably in Vannes.

Laure Sansus, Boujard and debutant Mélissande Llorens were the other try-scorers for France in a game where five players got their first taste of representing Les Bleues.

Next up was a double-header against New Zealand, which France kicked off in sensational fashion in Pau with a dominant 38-13 victory which included six tries. 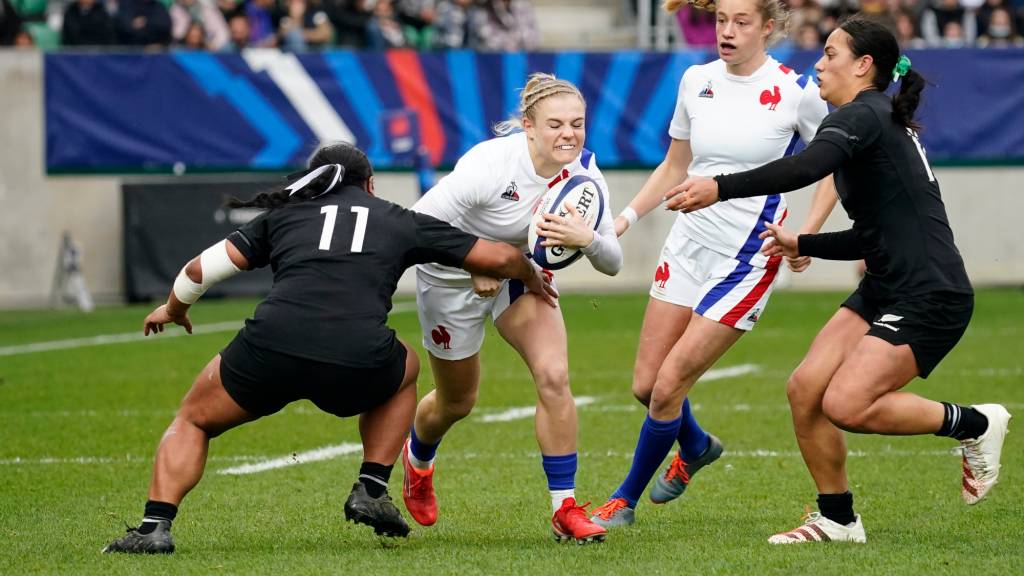 A Banet double and another try from teenage replacement Chloe Jacquet put the hosts 19-6 ahead at the break before Boulard crossed to extend France’s lead.

Sochat and Sansus also got in on the act as the hosts ran riot, with Drouin adding four conversions to cap off a complete performance from Les Bleues.

They backed that win up a week later with another superb display as Marie-Aurélie Castel’s brace inspired a 29-7 triumph at the Stade Pierre-Fabre to conclude the year on a high.

With England also beating New Zealand twice, the stage is now set for a blockbuster rematch between the two rivals when they meet in the final round of the 2022 Women’s Six Nations.